Goodreads helps you keep track of books you want to read.
Start by marking “Doctor Dan: The Bandage Man” as Want to Read: 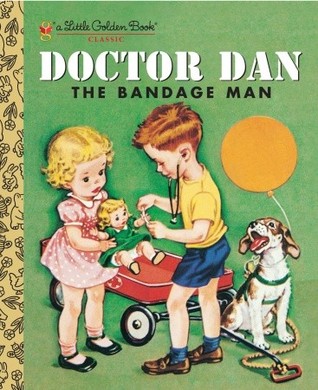 We’d love your help. Let us know what’s wrong with this preview of Doctor Dan by Helen Gaspard.

by
Helen Gaspard,
Corinne Malvern (Illustrator)
4.22  ·  Rating details ·  482 ratings  ·  29 reviews
After watching his mother clean and bandage his scratch, Dan knows just what to do when his sister, her doll, their dog, and even his father have wounds that need tending, and earns himself a new nickname.

To ask other readers questions about Doctor Dan, please sign up.
Popular Answered Questions
Does it come with band-aids? I remember a Little Golden Book that did -- Nurse Nancy. Early sixties vintage.
Rae Whitefeather Once upon a time, yes. Now? Not so much. *sighs* If only.
flag
See 1 question about Doctor Dan…

Reading Books Used in The Good and the Beautiful Homeschooling Curriculum

Start your review of Doctor Dan: The Bandage Man

May 18, 2018 Sheri rated it really liked it
Shelves: childrens-picture-books, 2018
After learning from the best doctor in the world, his mom, Dan uses his new doctoring skills to ease the hurts of the injured, thus earning his new title. The darling illustrations bring back memories of the simpler times of the 1950’s and your own childhood. If you haven’t been around young children lately, you’ll be reminded of the healing powers of a bandage!
View 1 comment

Dec 17, 2017 Jon Nakapalau rated it it was amazing
Shelves: childrens-books, favorites, pop-culture
What a time capsule! Little boys dressed up as cowboys playing in the back yard...a cut on the finger...mom to the rescue...Dan helps his little sister put a bandage on her doll - a time and place long gone.

Mar 15, 2015 unknown added it
Shelves: 2015
As if Nina wasn't already obsessed with band-aids, now I have to read this to her three times a day. THANKS GOLDEN BOOKS
View 2 comments

Apr 26, 2020 Dianna rated it really liked it
Shelves: open-library, tgatb
This reads like an advertisement for Band-Aids, but I hardly care. It's too adorable.

Jun 20, 2009 Josiah rated it it was ok
This picture book, originally published in 1950, was still in print more than sixty years later by the Little Golden Books company. I like that even though the illustrations and story are old-fashioned, the book continued to be published, making an impact as it first did so many years ago. I'm sure the author, Helen Gaspard, would be pleased. The two band-aids enclosed with the book is an awesome idea. :-)
View 2 comments

Dec 14, 2015 Linda Abhors the New GR Design rated it liked it
Shelves: childrens-and-ya
This is one Little Golden Book that I definitely did not remember

Jul 02, 2015 Yaritza rated it it was amazing
Very cute book for children. Perfect book to teach kids about cuts and how to clean it and put a bandage. Images really bring you back to the 1950's how simple life was.

Mar 12, 2009 Jaimee added it
Shelves: childrens
I loved this book! It came with a free band-aid!

Sep 01, 2018 Renee rated it really liked it
I liked this story. My 5 year old likes it, too. Good story about helping out and allowing others to help.

Nov 09, 2016 Rae Whitefeather rated it really liked it
Shelves: sorting-hat
A childhood favorite, that is highly under-appreciated. The amount of people who hate this book for the sole reason that there is a gun on the first page, makes me wonder how nerf became such a popular franchise.

This a cute little book about a little boy who decides he wants to be a healer (either that or he simply has an intense fascination with band-aids, like most young children,) and it is one I will be giving to my little brother for Christmas. He is just learning to read, and I hope this
A childhood favorite, that is highly under-appreciated. The amount of people who hate this book for the sole reason that there is a gun on the first page, makes me wonder how nerf became such a popular franchise.

This a cute little book about a little boy who decides he wants to be a healer (either that or he simply has an intense fascination with band-aids, like most young children,) and it is one I will be giving to my little brother for Christmas. He is just learning to read, and I hope this becomes a favorite of his like it once was mine. ...more

Sep 15, 2015 Jennifer Heise rated it really liked it
Shelves: kids, little-golden-book, picturebook
This is one of those books that I have a guilty nostalgia for. Doctor Dan and Nurse Nancy-- how sexist they were. But who could resist Doctor Dan and the band-aids, even if this was clearly an advertising piece? *sigh*
View 1 comment

May 28, 2013 Tiny Mendoza rated it liked it
I love how the illustrations of the book are 1950s-inspired. I'm a die-hard fan of 50s pin-up posters and I've always loved how artsy and pretty they are. And I agree that Band-Aids can lessen the pain every time we're all wounded-up because they're too cute!

Dec 29, 2012 Shannon rated it liked it
Recommended to Shannon by: Mike
Shelves: michael
I learned how to treat a boo-boo with the help of this book!

Dec 17, 2017 P.S. Winn rated it really liked it
Fun story kids will enjoy, who hasn't wanted to fix up their toys by healing them with some special doctor skills?

Jan 12, 2010 Rebecca rated it really liked it
Shelves: children
Our golden book copy still has the two original bangages in the front of the book.

Dec 29, 2012 Mike rated it it was ok
Shelves: shorts, shannon
I don't know why but I feel like I should buy some band-aid brand adhesive bandages.
View 2 comments

Dec 18, 2019 Wade rated it it was amazing
Shelves: childrens
Both my son and daughter have loved this book at various stages since they both have had an obsession with band-aids and all things booboo related!

Apr 11, 2016 Cara Byrne added it
One of the classic Golden Books I inherited from my mother filled with toy gun fights, gender stereotypes, and the de-emphasis of the intelligence of Dan's mother in order to champion him. And, of course, my daughter loves it.

Oct 25, 2013 Paige Pagnotta rated it really liked it
Shelves: childrens
One of my very favorite books as a kid :)

Feb 04, 2010 Heather rated it liked it
Shelves: kid-lit
I don't remember how old I was when I read this, but I do remember thinking it was a cool story. It's a good starter for young kids. 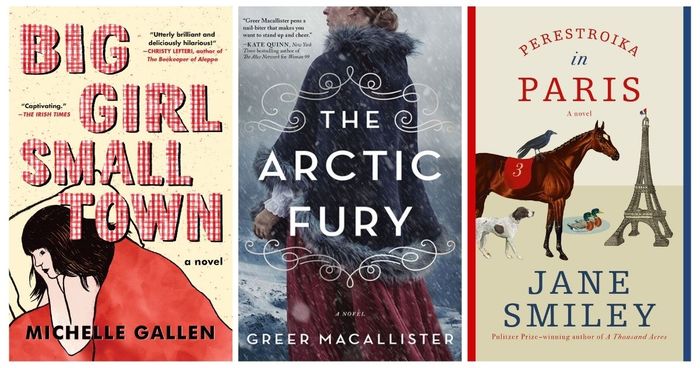 6 Great Books Hitting Shelves This Week
Need another excuse to treat yourself to a new book this week? We've got you covered with the buzziest new releases of the day. To create our...
Read more...
18 likes · 13 comments

Trivia About Doctor Dan: The B...