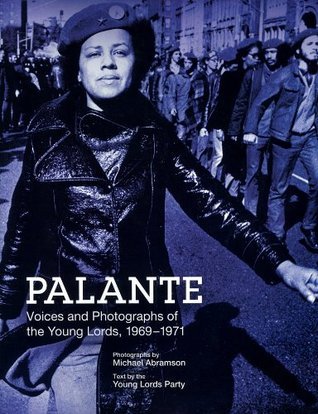 4.59
71 ratings9 reviews
Rate this book
In 1969, a group of young Puerto Rican activists founded the Young Lords Party in New York City, taking inspiration from the Black Panthers. Palante, the first book by and about the radical organization, is brought back into print here with new introductory material. Capturing the spirit and actions of the sixties movements, Palante features political essays by members, oral histories of their lives leading into the party, and more than seventy-five photos of their vibrant membership and actions.

Michael Abramson is a photographer and publisher who lives in Brooklyn, New York.

Iris Morales is the producer of the documentary ¡Palente, Siempre Palente! The Young Lords, which aired on PBS, and is the executive director of the Union Square Awards. 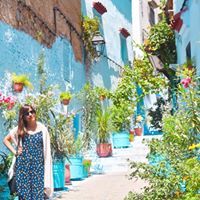 Ivana
392 reviews13 followers
Read
December 29, 2021
The Young Lords Organization started as a Puerto Rican street gang/activist group in Chicago in the late 1960s. This book focuses on the New York City chapter of the Young Lords, which started in 1969 and took inspiration from the Black Panther Party, establishing its own 13 Point Program. The goals of the Young Lords Party included liberating Puerto Rico, the world’s oldest colony, from imperialism; self-determination for all Latinos and ~Third World people~; eliminating racism & machismo; establishing a socialist society with community control of institutions & land; & building an educational system that centered Puerto Ricans’ Afro-Indigenous heritage.

The Young Lords (YL) staunchly believed in taking matters into their own hands & using armed defense to achieve their goals. The NYC YL were frustrated with the lack of community support & took over churches & hospitals to provide food & healthcare options for the people. They published their own bilingual newspaper, Palante (which roughly translates to ~onwards~) to educate folks about these issues.
~~

I’m embarrassed to admit that this is the first nonfiction (nonmemoir) book I’ve read about Puerto Ricans— & I’m a nonfiction lover 🥸. What I love about this book is that the YL make a damn good case for why it’s important for us Puerto Ricans to know our history… and to reimagine what could be. Being from a colony can really mess up people’s spirits, but this book gives me hope. In the words of Pablo “Yoruba” Guzmán:

“Being a Lord is not about ~accepting~ life—that’s what we’ve been taught, to accept life, to accept the shit way it is, because we ain’t got the power to change nothing. Being a Lord is about saying, ‘Now that I know where things are at, I’m equipped to go out there and change the motherfucker. Go out there and meet it head on, take it, see, and defeat it.’”
This entire review has been hidden because of spoilers.

Kamila Paulette
58 reviews
April 14, 2021
🌟 "For centuries we have been taught that we are small, quiet, insignificant, shuffling people who cannot govern ourselves and who are very happy having outside governments control our lives. We are taught that revolution is the work of maniacs and fanatics and has nothing to do with nice, docile spics. Yet we have not been quite."

Jessica
297 reviews12 followers
May 11, 2017
Very thoughtful and inspiring, and just as relevant today. Now I'm interested in learning a little more about why exactly the YLP was so short lived, but it's clear that their work was very valuable then, and it continues in different forms today.

Cage
74 reviews4 followers
October 12, 2021
Absolutely loved learning about Puerto Ricans' history in this country. Loved the direct action, the 13 point plan, the roots of our fight for freedoms. If you're Puerto Rican, have Puerto Rican heritage, or just want to learn about Latine's struggles in mainland USA, this is a wonderful catalog.
Allan
155 reviews1 follower
June 3, 2015
Interesting book and particularly relevant today. I was not aware of the work of the Young Lords. I was a child when most of their actions took place. Their work was never mentioned by my family; who seemed to never look back once they left NYC. I look forward to upcoming exhibitions in NYC about the Young Lords that are taking place this summer. The book is most notable, as the essays are in the personal words of its members. This book is a good window into late 1960's New York and the social unrest therein. I would recommend this book to anyone interested in New York or Boricua history. 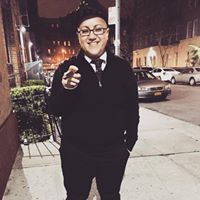 Gabby Rivera
4 reviews13 followers
Read
March 17, 2016
a must-read for all latinx people. highlights the struggles of puerto ricans int he 1950s/60s/70s living in a Bronx that was burning and young puerto ricans banded together and organized with each other and the black panthers for change.