Posted by Hayley on May 15, 2017
184 likes · 65 comments
Ninety-one years ago, J.R.R. Tolkien and C.S. Lewis encountered each other at an Oxford English faculty meeting. It was not friendship at first sight. "No harm in him," Lewis wrote about his new acquaintance. "Only needs a smack or two."

Of course, it didn't take long for the two to become nearly inseparable. They critiqued each other's early drafts—for Tolkien, The Lord of the Rings, and for Lewis, Out of the Silent Planet—and formed their own literary discussion group, The Inklings.

In celebration of their bookish bond, we've taken a look at six other captivating author friendships. 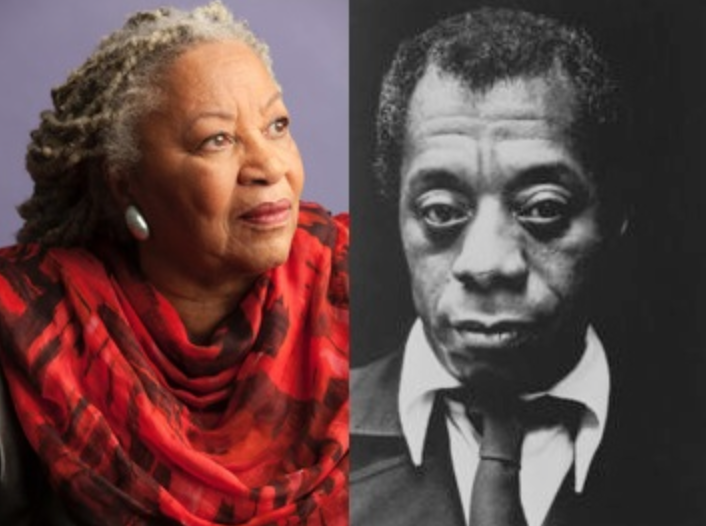 How they met: While working as an editor at Random House, Morrison tried to convince Baldwin to sign a book deal. She failed, but the two became lifelong friends.

Inside their friendship: The two writers admitted the powerful influence the other had on their work, but Morrison put it the most touchingly in her eulogy for Baldwin: "You knew, didn't you? How I relied on your fierce courage to tame wildernesses for me? How strengthened I was by the certainty that came from knowing you would never hurt me? You knew, didn't you, how I loved your love? You knew." 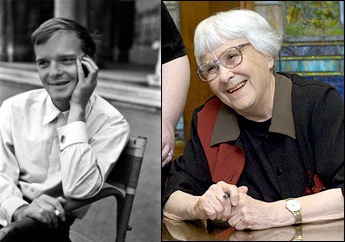 How they met: As a child, Capote went to live with his cousins, who happened to be playmates with Lee. The families lived on the same street in the small town of Monroeville, Alabama.

Inside their friendship: For decades, the big rumor about their friendship was that Capote had either written or heavily edited Lee's To Kill a Mockingbird. Finally, a letter from Truman to his aunt, dated a year before the novel's publication, settled the matter. He wrote that he had read his friend's book, liked it very much, and thought she was quite talented. 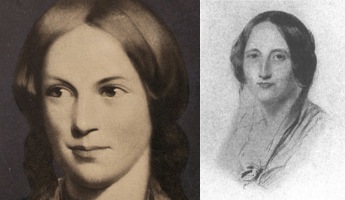 How they met: A literary star after Jane Eyre's publication, Brontë found herself suddenly thrust into intellectual society. Established novelist Gaskell took the shy woman under her wing.

Inside their friendship: ...And then things got a little weird. Gaskell became obsessed with writing a biography of her friend, but Brontë chafed under the attention, complaining to her publisher: "[Gaskell] seems determined that I shall be a sort of invalid. Why may I not be well like other people?" Two years after Brontë's untimely death, Gaskell published The Life of Charlotte Bronte, a highly controversial take on the famous author. 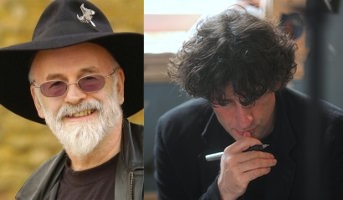 How they met: Working as a journalist, Gaiman interviewed Pratchett in 1985. The two met at a Chinese restaurant.

Inside their friendship: After reading the first 5,000 words of a story Gaiman was calling William the Antichrist, Pratchett called him up to see if they should work on it together. They did, and the result was the hilarious masterpiece Good Omens. "We got on fine," Pratchett mused later. "Hard to say why, but at bottom was a shared delight and amazement at the sheer strangeness of the universe, in stories, in obscure details, in strange old books in unregarded bookshops." (You can read Gaiman's heartfelt tribute to the late writer here.) 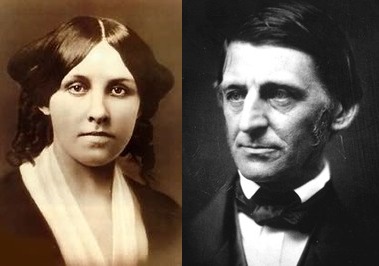 How they met: Alcott had connections. Henry David Thoreau and Nathaniel Hawthorne were close with her family, and Emerson was a lifelong friend of her father's.

Inside their friendship: Emerson gave the young writer free rein in his library. She wrote years later, "His kind hand opened to me the riches of Shakespeare, Dante, Goethe and Carlyle, and I gratefully recall the sweet patience with which he led me round the book-lined room." 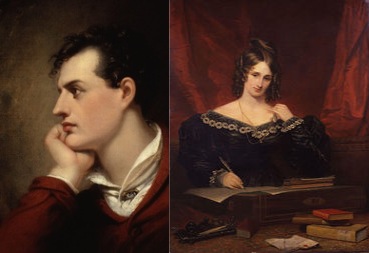 How they met: Byron and Shelley met through a mutual acquaintance of sorts, Claire Clairmont—Byron's former mistress and Shelley's stepsister. Claire convinced Shelley and her future husband Percy to travel to Switzerland to meet Byron, and the trio instantly connected.

Inside their friendship: What do literary-minded folk do on a stormy night in? They tell ghost stories, of course. On one such evening, Byron challenged Shelley and a group of friends to write their own ghostly tale. Not long after, Shelley woke from a dream/nightmare with the idea for her classic novel Frankenstein.

Who's your favorite writing duo? Tell us in the comments!

Check out more recent blogs:
20 Recent Books That Hook You from Page One
10 Favorite Book Moms and Their Words of Wisdom
Comedian W. Kamau Bell: The Questions That Changed His Career

my favorites are Graham Masterton and James Herbert

My favorites are C.S. Lewis and J.R.R. Tolkien, if only because I would love to hear their pub conversations.

I think this same thing all the time. :)

I always liked that C.S. Lewis and Tolkien read Amanda McKittrick Ros's fiction out loud to see who would laugh at it first.

I would say my favourites are Niccolò Machiavelli and Francesco Guicciardini.

Agreed and Hemingway and Gertrude Stein

How are Tolkien and Lewis NOT on this list?

edit: although they never met in person, Twain "Twain was a great admirer of Dickens and his work, and read him over and over his entire life (even, it has been intimated, “borrowed” some of Dickens’ characters)" ~ according to Google

They never met in person but the correspondence between them says it all. Its amazing how much they influenced the others writing.

Well, in that case, you might enjoy reading (or better, listening to) Iain Pear's ARCADIA, because it kind of spoofs that relationship in its opening scene.

I wish they'd run a blog entry like "Famous Authors you Probably didn't know were related." One pair would be Bram Stoker and Sir Arthur Conan Doyle.

William Wordsworth and Samuel Taylor Coleridge. Though they were very different from each other, they had a shared love of poetry and walking in the wild. They published Lyrical Ballads together, which includes The Rime of the Ancient Mariner by Coleridge, and Lines written a few miles above Tintern Abbey by Wordsworth, two fine poems.

Amber wrote: "I wish they'd run a blog entry like "Famous Authors you Probably didn't know were related." One pair would be Bram Stoker and Sir Arthur Conan Doyle."

Or, Henry and William James. Though having the same last name because the were brothers, their disciplines were so different that a reader interested in psychology isn't necessarily going to think about the novelist and vice versa. Even knowing this about them I forget about poor but wonderful Henry James most of the time. Too many books so little time and all of that.

Charles Dickens and Wilkie Collins ('The Moonstone', 'A Woman in White')

Tolkien and Lewis I find the most interesting.
On the list, Pratchett and Gaiman were unstoppable.

Aside from the aforementioned, the only duo of authors-friends I can think of at the moment are Stephenie Meyer and Shannon Hale :D.

I don't understand, didn't you already publish this article some time ago, like the one about favorite moms in literature?
Are you re-publishing the same blog posts over and over now?

Amber wrote: "I wish they'd run a blog entry like "Famous Authors you Probably didn't know were related." One pair would be Bram Stoker and Sir Arthur Conan Doyle."

I would love to see an entry like this!

Neil wrote: "I would say my favourites are Niccolò Machiavelli and Francesco Guicciardini."

Absolutely. I would have loved to have been a Fly on the Wall when those two chatted.

Rumi and Shams of course.

I would love to see an entry like this!"

Also Agatha Christie and Sir Arthur Conan Doyle. Why, even if they didn't meet in person, they regularly sent each other mails. And Doyle even went to some shaman when Christie was missing :P

H.G. Wells and George Bernard Shaw had quite the love/hate friendship.

Stephen King and Peter Straub The Talisman and The Black House. They wrote good together.

In terms of literary relatives, Lawrence Durrell was the more famous during their lifetimes, but younger brother Gerald Durrell probably has more name recognition now. Gerald Durrell was a conservationist whose childhood on Corfu is a hilarious PBS series at the moment.

Larry Niven and Jerry Pournelle are great friens and have come up with some good work, too.

Raymond Chandler and Erle Stanley Gardner had a great correspondence over the years.

Yeah, that's what I was expecting

How about Richard Dawkins the author of The Selfish Gene and Douglas Adams of Hitchhiker's Guide to the Galaxy fame.

What about the friendship (friendship/rivalry) between Hemingway and Fitzgerald?