Comedian W. Kamau Bell: The Questions That Changed His Career 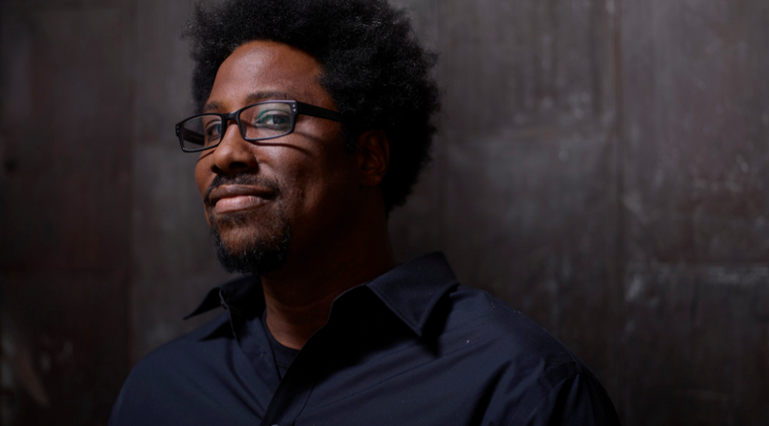 W. Kamau Bell is a comedian and host of the Emmy-nominated CNN docuseries 'United Shades of America.' Kamau may be best known for his FX comedy series, 'Totally Biased with W. Kamau Bell.' His new book The Awkward Thoughts of W. Kamau Bell: Tales of a 6' 4-, African American, Heterosexual, Cisgender, Left-Leaning, Asthmatic, Black and Proud Blerd, Mama's Boy, Dad, and Stand-Up Comedian debuted this month. Here he shares the questions he asked himself that changed his life:

In 2007, I was at a dead end, and took a break from my standup career. No going onstage. No writing. No booking gigs (not that the world was pounding my door down for my services). The one thing I did do was spend a lot of time feeling like a failure. College dropout turned stand-up dropout. I was living in the Sunset District of San Francisco. The Sunset is the neighborhood that gets the crazy-thick depression fog that San Francisco is known for. This was perfect for my mood. I was living in a two-bedroom apartment with two other dudes. But this time at least I wasn't living in the living room… 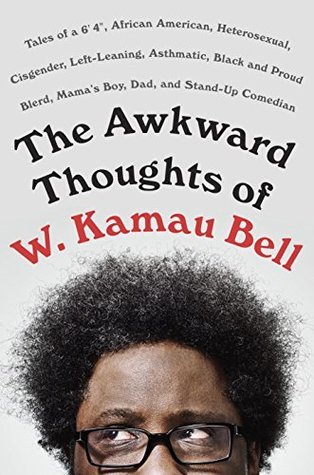 What would you do if you were famous?

Well, that would be easy. I would just perform in front of an audience who loved me. And they would be patient and listen and already be invested. A second question:

Well, thanks for asking, voice in my head! I'd be in a theater where people paid to see me. And I'd have a screen onstage so I could show them the specific things I was talking about, so the jokes would have context and make sense. Sort of like my version of The Daily Show with Jon Stewart but about racism and starring me.

Then just do that.

I don't care. Just do it. Rent a theater. Find a screen. Get a projector for the screen. Figure out how to make the technical side work even though that's not your area. And just do it.

Four months later, I debuted my solo show: The W. Kamau Bell Curve: Ending Racism in About an Hour. Not the shortest title in showbiz history but very effective. It got my name out there for the first time in San Francisco. And it was a funny title so people would get that it was a comedy. And it referenced The Bell Curve, a thick, supposedly scholarly book that featured a chapter about how Blacks and Latinos are genetically incapable of learning at the rate of Whites and Asians. And that meant that the title of my show also contained a dog whistle to the Black-ademics, militants, and their allies who I wanted in the audience but who I knew were never coming to the comedy club.

So by November 2007, we had done the show twice. We were doing it once a month at the Shelton Theater on Sutter Street. I say "we" because, as should-be president Hillary Clinton wrote, "It takes a village." A whole gang of people volunteered to help me put the Bell Curve together….

And the show has been going for more than ten years now.

I love this show, he really asks the right questions and has the right personality to get others to speak out.

I just stood up in my office to clap at this! I'm astounded that I didn't even know about him. I have to go look for The Awkward Thoughts of W. Kamau Bell: Tales of a 6' 4-, African American, Heterosexual, Cisgender, Left-Leaning, Asthmatic, Black and Proud Blerd, Mama's Boy, Dad, and Stand-Up Comedian ! ASAP!

His podcast with Hari Kundabolu is also a great listen. It's like a continuation of the show he had on FX

Eric wrote: "His podcast with Hari Kundabolu is also a great listen. It's like a continuation of the show he had on FX"

Agreed! They get the greatest guests on the podcast.

Extremely likable guy, funny, well informed, intelligent all with a very keen focus and purpose that are geared towards the em-betterment of human relations. In the words of a few comments I read on this blurb ::standing hand claps:: !

I agree with Eric and Kay about the podcast.

It's always nice to read a don't give up, keep getting creative post