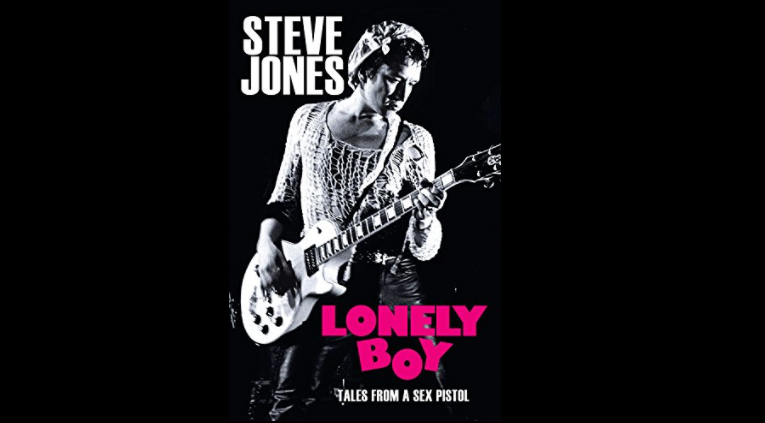 If Sid Vicious is best remembered as punk rock's death-obsessed "Pretty Vacant" poster boy and Johnny Rotten as its anarchy-embracing id, then their Sex Pistols bandmate Steve Jones can be understood as the genre's first—and arguably most iconic—guitar hero. The London native's don't-give-a-damn attitude, offstage lawlessness, and chugging riffs helped set the parameters for the countercultural movement.

With his memoir, Lonely Boy: Tales from a Sex Pistol, however, Jones elucidates the Dickensian childhood that underpins his band's glamorous nihilism as well as the multiple addictions—heroin, alcohol, stealing, and sex—that almost took him to an early grave. Below is an excerpt from that interview which you can read in its entirety here. 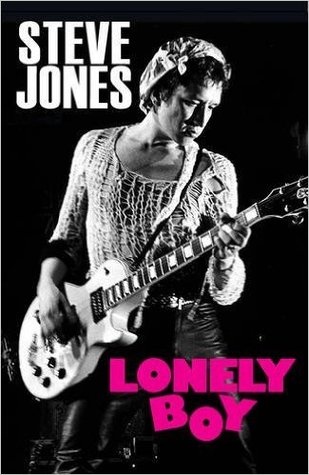 Steve Jones: It was very hard. I had a lot of help from Cookie—[Sex Pistols drummer] Paul Cook—who the ghostwriter spoke to and who has a very good memory. I know there's a lot that I ain't rememberin' that will probably come up later. I just did the best I could. I know that everything in there is the complete truth. There's no exaggeration or fabrication of anything. That's the main thing I want to get across.

Goodreads: Toward the end of the book you describe battling heroin addiction. You say being a junkie "felt like a necessity after the Pistols ended." You acknowledge it's crazy to say your life was saved by that addiction—but that's what happened. How was it a saving grace?

Steve Jones: That two- or three-year whirlwind of the Pistols was pretty wild. Then heroin comes along after that ended, and it was perfect. I think heroin would have come regardless. Whatever the circumstances were, it was the next step for me. I tried alcohol, blow, all the rest of it. For someone like me who's constantly got a hole inside them that I'm trying to fill—hence the name Lonely Boy—there's always this hole I'm trying to fix with whatever. That's where I go to. It's almost like not wanting to deal with reality. Heroin was the perfect antidote to not dealing with reality.

Goodreads: Dangerous thing to fill a hole with.

Steve Jones: Absolutely. But it didn't matter. I never think about doing the right thing. I always thought about the stupid thing. And at that time heroin was the answer. It did help for a while. Until that stopped working. Until I had no money left. I often wonder if I had Keith Richards's money if I would have stopped or if I would have kept on going. I just know if you're lucky enough, you get to a point where you've had enough. A little light goes on in your head and you look at yourself and go, "Holy shit, look at me. I'm homeless. I have no money. I've got a heroin habit." For me it was like, "OK, I'm going to turn this around." You're the only one who knows.

Goodreads: You were functionally illiterate until your thirties. Which books have influenced you? Which ones influenced the writing of your memoir?

Steve Jones: [laughs] I've read one book my whole life: William Burroughs's Junkie. That was 30 years ago when I first got sober. I couldn't tell you one sentence out of that book. I just don't read books—I'd rather listen. I did an audiobook for this one.

Read more of our exclusive author interviews on our Voice page.
Like · 10 likes · 0 comments