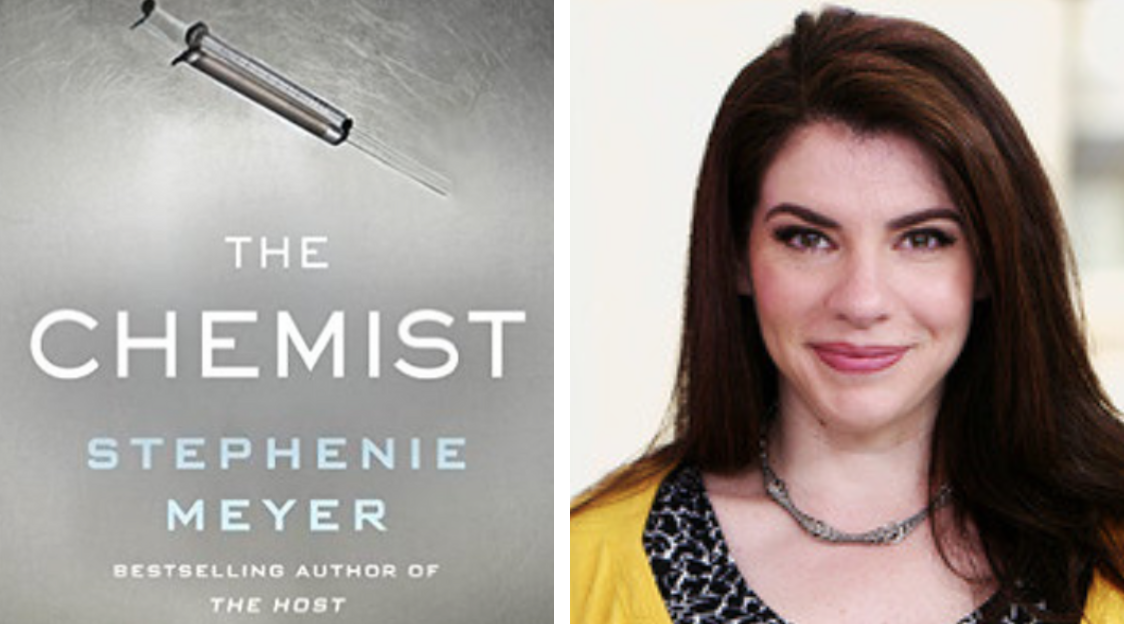 You probably know author Stephenie Meyer from the wildly popular Twilight series (and the blockbuster movies that followed), but you might not know that this publishing powerhouse is a serious fan of Jason Bourne.

Yep, that Jason Bourne; Robert Ludlum's amnesic supersolider that you may have also seen in a few films. In fact, she was so inspired by the spy that she delved into fan fiction for her new thriller, The Chemist. Goodreads got Meyer to spill all her secrets about this obsession:

Error rating book. Refresh and try again.
Rate this book
Clear rating
1 of 5 stars2 of 5 stars3 of 5 stars4 of 5 stars5 of 5 stars
"My best friend/business partner and I were obsessed with The Bourne Legacy in the see-it-in-the-theater-five-times, make-matching-necklaces way obsessed. (I used to keep my inner fangirl strictly in check out of some misplaced sense of decorum, but being part of the Twilight fandom showed me what I was missing. I've been a lot more open to embracing that inner fangirl since.)

I'd always loved Jason Bourne, but adding in the sci-fi element of the supersoldier is what pushed me over the edge into obsession.

My sister-in-obsession's birthday was approaching, and I thought I would surprise her with her own tailor-made resolution to the story. For the first (and only, so far) time in my life, I wrote fan fiction.

It was super fun, and also pressure-free, because I knew that it could never be published. But another part of the fun was writing something fast-paced and full of manhunts, bullets, and assassinations.

When I was done, I found myself craving another similar outlet. I unearthed the notes I'd made back in 2010 and found some things I really liked. I got to work on the story, and it flowed quickly. I love that kind of writing, when the story just pulls you along with it."

When I press the book cover, I come into some other book called Heartless by Marissa Meyer. Just so you know!

Looking forward to reading this

I am so excited about this! I love the Bourne movies, and I love Stephenie Meyer. I had no idea that she was a fan of these movies, but I'm thrilled that she was inspired to write this.

reply | flag
message 6: by [deleted user] (new)
Nov 11, 2016 12:14AM
I love The Bourne Legacy. Couldn't take my eyes off the screen while watching it, even for a second. Honestly. The action pins you down throughout the whole movie.

Why is this a must read?

I keep seeing this on my goodreads home page...so Stephenie Meyer is hot but this is not gonna make me buy any of her books, no way. I hate twilight.

Ozan wrote: "I keep seeing this on my goodreads home page...so Stephenie Meyer is hot but this is not gonna make me buy any of her books, no way. I hate twilight."
Did you read The Host by Meyer, that book was a real page turner and has nothing to do with vampires.

Cydney wrote:''Did you read The Host by Meyer, that book was a real page turner and has nothing to do with vampires.''

Cydney wrote: Did you read The Host by Meyer, t..."

I loved that one. The Twilight series was fun, but The Host was more my speed. It's been EIGHT years though, so I've given up hope on a sequel.

Yes, i have as well. I would have trult loved to know what happened mext, but i guess its betted tl have ended on a high not instead of falling off.