How to Participate in Shakespeare Week on Goodreads

Posted by Cynthia on April 11, 2016
13 likes · 9 comments
Share
Share on Twitter
Approximately 38 plays and 154 sonnets as attributed to Shakespeare, as well as a variety of other poems—in total, his complete works consist of a whopping 884,647 words (written by hand, not on the computer, mind you!). 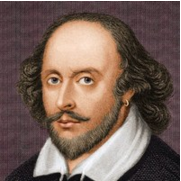 Here's how you can get involved next week:

Enable Ask the Author from your author dashboard, and answer any pending writing prompts or questions from readers.

Tell your followers you're participating in #ShakespeareWeek. If you haven't answered the pre-seeded questions from Goodreads yet, now is a great time to do so.

Share a link to your Ask the Author landing page on Twitter using #ShakespeareWeek. Invite readers to ask you a question, or share a great answer.

Join the conversation with readers and other authors to discuss best quotes, favorite sonnets, or alternate endings.

Answer questions from readers throughout the week. Answer at your own pace, and remember it’s ok to skip questions. Thoughtful answers go much further than short, dismissive ones.

Shelve your favorite works by Shakespeare. Even if you just read a few plays in high school, share what works you've read with your followers. Writing a review is optional (not like it was back in Ms. Smith's English class...)

List a giveaway. Have a book that features Shakespeare, or is based on a Shakespeare play? Be sure to do this today, as the giveaway needs to be scheduled 7 days in advance.

Ask another author a question. Browse our list of Featured Authors to connect with more authors. Ask a question, or like and comment on an answer. Remember: the answer gets shared in both your newsfeeds, which exposes you to new followers.

Tweet your favorite quote from Shakespeare. Find inspiration on on our quotes page.

The fun starts Monday, April 18th so be sure to check our Goodreads blog for a complete overview of what's happening.

Next: Five Things to Remember When Engaging on Goodreads

Shakespeare’s Tragedies Reviewed explores how the recognition of spectator interests by the playwright has determined the detailed character of Shakespeare tragedies. Utilizing Shakespeare’s European models and contemporaries, including Cinthio and Lope de Vega, and following forms such as Aristotle’s second, more popular style of tragedy (a double ending of punishment for the evil and honor for the good), Hugh Macrae Richmond elicits radical revision of traditional interpretations of the scripts. The analysis includes a major shift in emphasis from conventionally tragic concerns to a more varied blend of tones, characterizations, and situations, designed to hold spectator interest rather than to meet neoclassical standards of coherence, focus, and progression. This reinterpretation also bears on modern staging and directorial emphasis, challenging the relevance of traditional norms of tragedy to production of Renaissance drama. The stress shifts to plays’ counter-movements to tragic tones, and to scripts’ contrasting positive factors to common downbeat interpretations – such as the role of humor in King Lear and the significance of residual leadership in the tragedies as seen in the roles of Malcolm, Edgar, Cassio, and Octavius, as well as the broader progressions in such continuities as those within Shakespeare’s Roman world from Julius Caesar and Antony and Cleopatra to Cymbeline. It becomes apparent that the authority of the spectator in such Shakespearean titles as What You Will and As You Like It may bear meaningfully on interpretation of more plays than just the comedies.

This could be so much fun! I guess I will have to brush up on my Shakespeare!
I look forward to all posts about this!
Thanks for letting me know about it.
Anna Patterson

Yay for Shakespeare week! The narrator in my second book is a huge Shakespeare fan and quotes him at the most excellent moments. God Awful Thief comes out May 1st, just in time all the literary fandom. :)

My novel- The Royal Secret - tells -through the eyes of a woman of today the true tale of the amazing life and loves of Francis Bacon -who used the masked name of ShakesPeare for his plays. He was a Prince, a son of Elizabeth 1st, and founder of America of which he was the potential King. The Royal Secret

For a bit of fun at our Burns Club meeting I wrote and the company read the following....

Love #ShakespeareWeek. Been reading Shakespeare since age 10. Still teach it in my spare time. What great works. Often used the quote in my life: 'To be or not to be, that is the question'. Now how does that fit with my page? https://www.goodreads.com/author/show... well I guess I been asking that question all my life. When making decisions, when moving forward in life and I ask my clients to do the same. Don't procrastinate. Decide. Just do it!

Just for fun I can't resist suggesting a very different reading of "To be or not top be " - don't rush at things! See the discussion at: