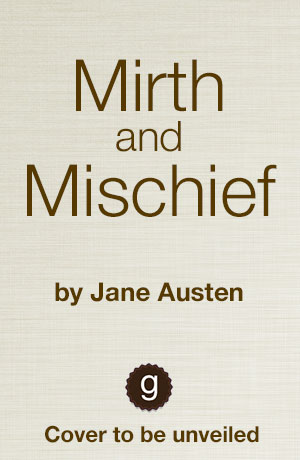 "A girl without a father can never have too many brothers, yet Abigail Branscombe often found her three elder brothers to be quite vexing."
—Opening line of Mirth and Mischief by Jane Austen

It is with great excitement and a weighty sense of responsibility that we make today's announcement: Goodreads has acquired and will release a previously unpublished work by Jane Austen. The full-length novel, titled Mirth and Mischief, will be made available to all readers in fall of 2014. We could not be more thrilled to introduce the world to Abigail Branscombe, an irrepressible heroine to join the ranks of Elizabeth Bennet and Emma Woodhouse, whose story of love, and yes, mischief will delight and perhaps shock Austen fans worldwide.

Our unlikely communion with Jane Austen began in August of 2013, when we moved our growing team to our new headquarters in San Francisco. Eager to fill our empty shelves with books, we purchased a large lot of volumes from an estate sale in nearby Napa Valley. Wedged between two aging folios, we found a full manuscript prefaced by a cover letter from Henry Austen, Jane's elder brother who acted as her literary agent, to London publisher Benjamin Crosby.

We have used the last seven months to consult with historians, Austen scholars, and legal counsel to verify the authenticity of the manuscript. We used every test at our disposal—including radiocarbon dating of the manuscript and verification of Henry Austen's signature. As the manuscript continued to pass each test, we could scarcely believe what we had stumbled on! After a rigorous textual comparison of the manuscript to Austen's known works, forensic linguists at the University of Oxford have confirmed the authorship as belonging to none other than Jane Austen. 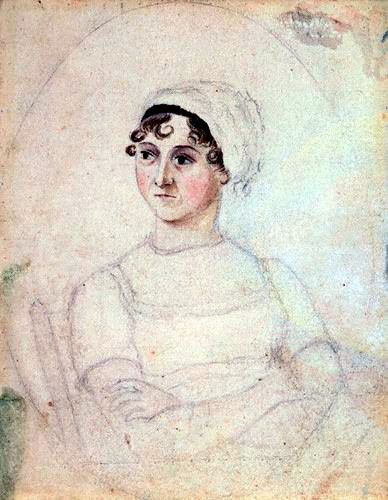 Set in Derbyshire (Pride and Prejudice fans will remember this county as the home of Mr. Darcy's estate, Pemberley), Mirth and Mischief begins at Wicksfield Park, the home of 18-year-old Abigail, the youngest child and only daughter of the Branscombe family. Her parents died when she was in her infancy, and Abigail has grown up under the care of her three dashing older brothers. Henry, the indulgent eldest, runs the estate while Edward and George spend most of their time in the county's ballrooms and hunting fields. Headstrong young Abigail reads more and rides faster than any of her brothers, but soon finds that those skills may not work to her advantage when it comes to the sport of finding a husband—until she meets the intriguing and difficult Colonel John Durrant. Austen herself had six brothers, and this story is a touching homage to her favorite brother, Henry, who was instrumental in her publishing career.

We are in the final stages of preparing the novel for publication. Once completed, the priceless manuscript, despite its unlikely journey across the Atlantic to San Francisco, will be sent home to England and donated to the Bodleian Library at the University of Oxford, a leading force in Austen scholarship.

We cannot wait for Abigail Branscombe to take her place in the pantheon of Jane Austen heroines. Can you? In the meantime, add the book to your to-read shelf!

What a day for mirth and mischief! If this is not a spoof, the timing is most inauspicious. I would love it to be true, but my suspicions prevent elation.

What a nice title for an April Fool!

Well, if this isn't an April Fools, I would love it to be true, however, I can't believe it until tomorrow

Hmm, that opening life doesn't SOUND like Jane Austin! I bet it's a joke, what a pity!!!!

Lora wrote: "What a day for mirth and mischief! If this is not a spoof, the timing is most inauspicious. I would love it to be true, but my suspicions prevent elation."

Crap, I kind of half-fell for this. It never seemed fully on the level, but I had hope (wipes away tear).

If only our were true. Well played Goodreads, well played.

I must say, I fell for it. Well done Goodreads.

Haha one of the best I've come across so far today.

This is the best prank I've seen in a long time. Nice one.

I also heard through the grapevine that the book will be available for first generation Kindles....

and you can get a whiff of what the book smells like, using Google Nose?? :D https://www.youtube.com/watch?v=VFbYa...

I fell for it too, but then I read the comments and realised it is April Fool´s Day.

You bastards.
I was so excited I yelled out at my Mum to tell her the news, then stopped mid sentence when I realised the date. Well done.
Guess I wasn't so on guard since here in Australia it's nighttime and April Fools Day is pretty much over.

Alex wrote: "You bastards.
I was so excited I yelled out at my Mum to tell her the news, then stopped mid sentence when I realised the date. Well done.
Guess I wasn't so on guard since here in Australia it's ni..."

Alex wrote: "You bastards.
I was so excited I yelled out at my Mum to tell her the news, then stopped mid sentence when I realised the date. Well done.
Guess I wasn't so on guard since here in Australia it's ni..."

Same. I fell for it, till I looked at the comments. Well played Goodreads, well played.

Second only to the I'm a little Teapot post

Nicely done Goodreads. Wish it was legit though, I was getting into the story!

that is so exiting
I love Jane Austen

اية محمود wrote: "that is so exiting
I love Jane Austen"

oh wait, is this an April Fools?

I was three paragraph's in before I realised what day it is today... Still, it would have been nice!

Almost fell for it. Almost.

I'm going to believe it until midnight tonight, because I want to. I need a new Jane Austen

reply | flag
message 34: by [deleted user] (new)
Apr 01, 2014 04:26AM
The only relationship Goodreads has with the REPUTABLE publishing industry is by protecting it from all the whackjobs you insist on coddling.

Welb is not a word nor is norch or zunkwhim, but still, I can write them down and make you, dear reader, read them. Few are my brain cells left, and I must do all I can to feed them. Of rhyme, enough. I must say that I think it is rather disagreeable of Goodweeds, or is that Goodreads, my eye sight is not what it was in 1813 when my novel, Pride and Prejudice, was first published, to even think of publishing Mirth and Mischief, which I wrote one tedious afternoon, while waiting for the water to heat up in the kettle so I could have a bath. Be that as it may, I will still allow its publication, not for literary or novelistic reasons, but to put, as it were, some more pennies in my purse. Yours ever, Jane Austen.

I really fell for this, I could feel my heart racing with excitement :(

Well played GR! If I wasnt such a big Jane Austen fan I'd have totally bought it :)

Yep. I fell for this hook, line, and sinker. Sigh.

Lol, it would be lovely if it were true!! Well played, Goodreads... Well played...

Oh I so WISH this were true. Maybe one day, eh? People are always finding stuff in their attics, right?

If only that were true - happy April 1st!

Yeah, this is definitely an April Fool's joke. No way something this momentous wouldn't have made the news. What are the odds of Goodreads finding this lost Jane Austen book that nobody knew existed?

Lora wrote: "What a day for mirth and mischief! If this is not a spoof, the timing is most inauspicious. I would love it to be true, but my suspicions prevent elation."

I'm with you on this Lora.

Took me a minute to cotton on but I'm there now. Damn you Goodreads for getting me all excited and then ripping it away again. Well played!

I read the leaked copy. Unbelievable story, Austen was so ahead of her time. If this gets made into a film, I think the role of Colonel John Durrant should go to Russell Brand.

♥ Innocent Lamb ~ Forever Reading ♥ - AKA Smarties wrote: "I'd laugh if we're all treating this as an APril Fool's Joke and it's actually real. HAHAHAHA."

That would be awesome.

Didn't fall for it but it was good except for the highly unlikely idea that you'd donate it back to England. Literary patrimony tends to go in the other direction, doesn't it?