Posted by Patrick Brown on December 1, 2011
11 likes · 15 comments
When The New York Times released its annual 100 Notable Books list earlier this week, we rubbed our hands together gleefully. But "Best Of" lists are often easy to discount as subjective—or worse, pure fiction. We've got the data to help you sift through these year-end lists and find the perfect holiday reads.

So, here's a cheat sheet to The New York Times' own cheat sheet for the best books of 2011. We've found the top five stocking stuffers, and depending on your taste, a few you may want to skip. (In an effort to be fair, we only looked at books on the list that received at least 500 ratings by Goodreads members.) You may be surprised by some of the books that made it into the mix.

Here are the five top-rated books by average rating:

1. The Destiny of the Republic: A Tale of Medicine, Madness & the Murder of a President by Candice Millard. With an average rating of 4.25, this nonfiction book is a hidden gem. It's only been rated 520 times, but those who have read it rave about it, noting that it's packed full of all sorts of odd historical tidbits. Goodreads member Susan Jones says, "As sad as the story is, I loved the telling of it in this book...I would never have known otherwise that Alexander Graham Bell invented a metal detector so that he could try to locate the bullet still in Garfield's body." (Nonfiction)

2. Malcolm X: A Life of Reinvention by Manning Marable. Not a huge surprise here. This new biography of Malcolm X was popular enough with Goodreads members to make it a Finalist for the Goodreads Choice Award for Best History & Biography. (Nonfiction)

3. The Art of Fielding by Chad Harbach. The pinnacle in terms of average ratings for novels. This is the highest-ranked work of fiction on the entire list. Harbach's popular campus novel about baseball lives up to its hype, sporting a healthy 4.10 average rating. In baseball terms, you could say it hit .400. (Fiction)

5. 1Q84 by Haruki Murakami. This NYT pick is also a pick for us. Apparently this highly anticipated translation was worth the wait. Murakami's latest not only boasts a 4.00 average rating, it's also a Finalist for the Goodreads Choice Award for Best Fiction. (Fiction)

But what about the books that didn't fare as well?

While none of the books on the list had truly bad average ratings (this is a notable books list, after all), two books stood out as being decidedly less popular with Goodreads members, each earning less than a 3.25 average rating and receiving more than 500 ratings. Considering that the average rating for all books published in 2011 was 3.89, this is fairly low. 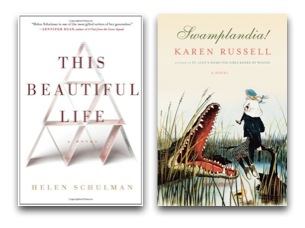 Helen Schulman's This Beautiful Life might have impressed The New York Times, but there is considerably more ambivalence about it on Goodreads. It's average rating of 3.08 is the lowest of any book on the list with more than 500 ratings. The story of a viral video and the havoc it causes in an upper-class enclave of Manhattan received praise for its "frank but sophisticated prose that leaves you marvelling at the author's command of language." Others called it "original and entertaining." Among the negative reviews, the word "disappointment" looms large.

Another book with tons of buzz that proved divisive was Karen Russell's Swamplandia! Its fans are many and ardent, enough to make it a write-in candidate for the Goodreads Choice Awards in Best Fiction. However, those on the other side of the debate found the story "creepy," "derivative," and, again that word, "disappointing." Still, many of those who gave the book one star mentioned that they thought Russell a talented writer and would possibly give her next book a chance. 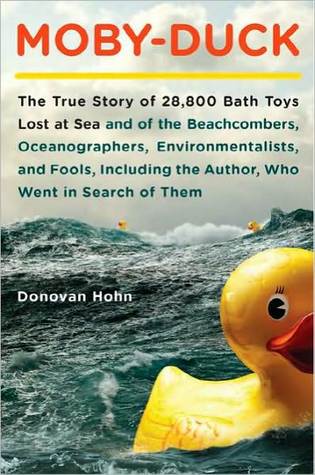 As for the weirdest books on the list, how about Moby-Duck: The True Story of 28,800 Bath Toys Lost at Sea and of the Beachcombers, Oceanographers, Environmentalists, and Fools, Including the Author, Who Went in Search of Them? Not only is this a book about rubber ducks that get lost at sea, it also has the longest title of any book on the list. And in case you were wondering, it does not have the longest title of any book published in 2011. That award goes to My Boyfriend Wrote a Book About Me: And Other Stories I Shouldn't Share with Acquaintances, Co-workers, Taxi Drivers, Assistants, Job Interviewers, Bikini ... and Ex/ Current/ Future Boyfriends But Have by Hilary Winston. Incidentally, Goodreads members were split on Moby-Duck, giving it a 3.25 rating.

Read Russell Banks' Lost Memory of Skin. You will NOT be sorry!

Thanks for this, I really appreciated it!

David Vann's Caribou Island tops my fiction list and Conor Grennan's
Little Princes: One Man's Promise to Bring Home the Lost Children of Nepal tops my non-fiction reads for the year. I am quite shocked that these two outstanding books have not received more notice.

I thought Cutting for Stone was wonderful! What happened to that book?

Good Gifts
I haven’t been able to figure out how. http://messageonanecklace.com/article...

Here are lots of good and interesting books!! Love checking out them.
http://www.toysie.com.au/bath-toys

I am interesting to read " The Moby Duck " its theme looks nice.

I too liked The Submission but do not like The Tiger's Wife at all.

I have read destiny republic. It's a nice book. I recommend everybody to read it.