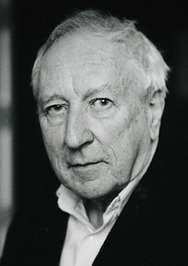 Tomas Tranströmer has won the Nobel Prize for Literature. According to the New York Times, the Swedish poet's work "explores themes of nature, isolation and identity." Tranströmer is not widely read by members of Goodreads. Actually that would be putting it mildly. His work has a total of 258 ratings, though it is experiencing a surge in popularity today, with many Goodreads members eager to read the work of the newest Nobel Laureate.

Those who have read him have admired his work; it boasts an average rating of 4.26. Goodreads user Ron says about Tranströmer's poetry, "I'll note simply that like other great poets, he introduces large themes through often small and isolated events. I wasn't "getting" him until I reach a poem called "Schubertiana," and heard the music through his words; everything after that (and even poems read before) opened themselves to me." And member Penny J. says "I fell in love with Tranströmer's poetry when I was in college. His poem Kyrie has influenced two of my poems in my book The Last Time We Were Children. I highly recommend this poet!"

This isn't the first time the Nobel committee has honored a writer whose work has yet to crack the mainstream in America. Romanian author Herta Müller won the prize in 2009, and her books became instantly popular on the site. Below is a graph of reviews for her most popular novel The Land of Green Plums, broken down by month. Can you guess when she won the Nobel Prize? 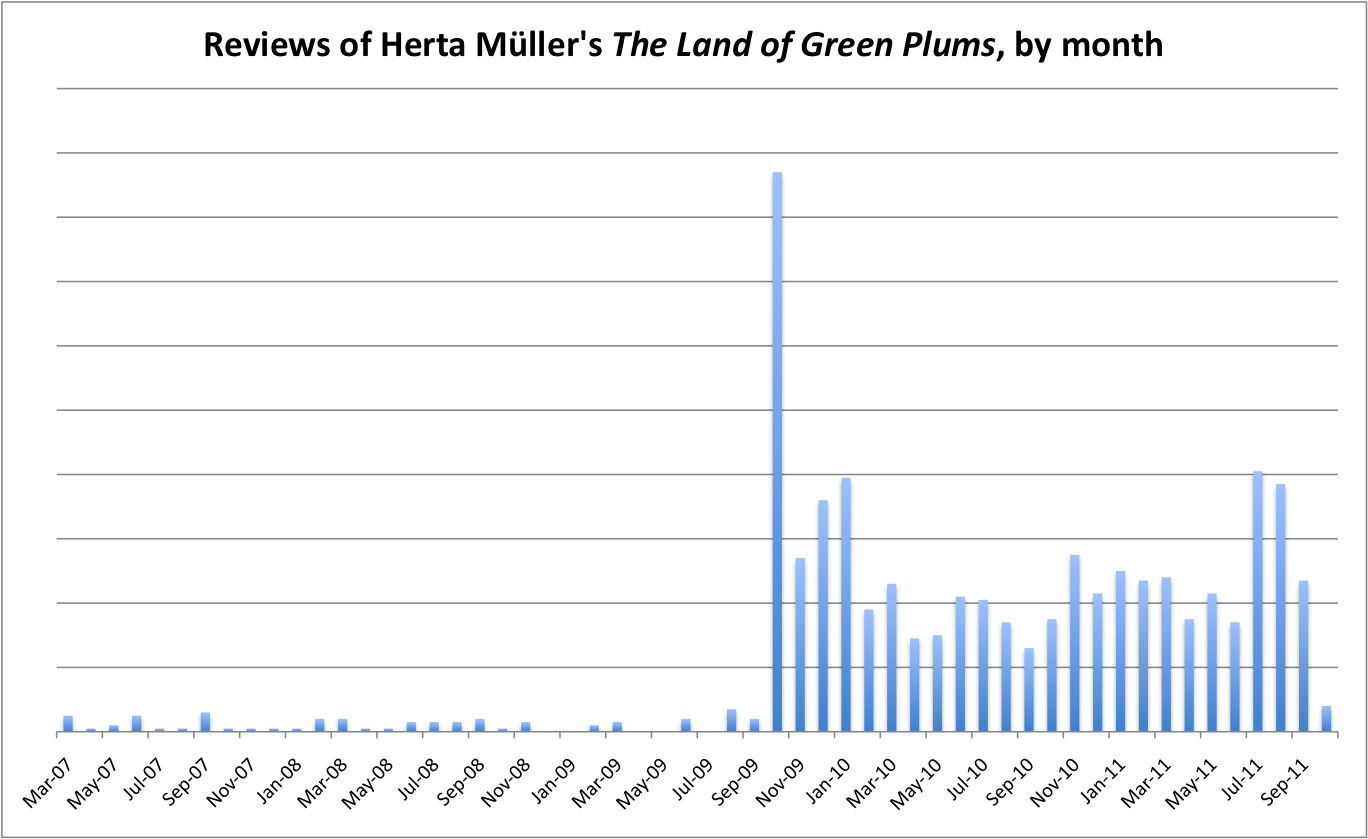 What's interesting to me about the above graph is that Müller's books have really sustained their popularity since she won the award. It's clear that Nobel Prize is an enormous springboard for a foreign author to gain newfound fame amongst our members. Of course, Müller is a novelist, which may give her a bit of an advantage, as poetry is generally reviewed less frequently than fiction on Goodreads.

What do you think? Will Tranströmer experience the same jump in popularity? Are you going to add one of his books to your to-read list?
Like · 7 likes · 2 comments

I just added one of his books to my shelf.

I'm not a big fan of poetry either. I wouldn't say I hate it, though. It's just not my thing. Not even a Nobel prize can change that.