The Future of Book Reviewing

Posted by Otis Chandler on June 23, 2010
9 likes · 8 comments
I'm heading to American Library Association's annual convention this weekend, among other things to participate in a panel titled Everyone's a Critic: The Future of Book Reviewing.

In preparation I ran a few stats that were interesting, and decided to share them ahead of time:


The long tail of books cataloged 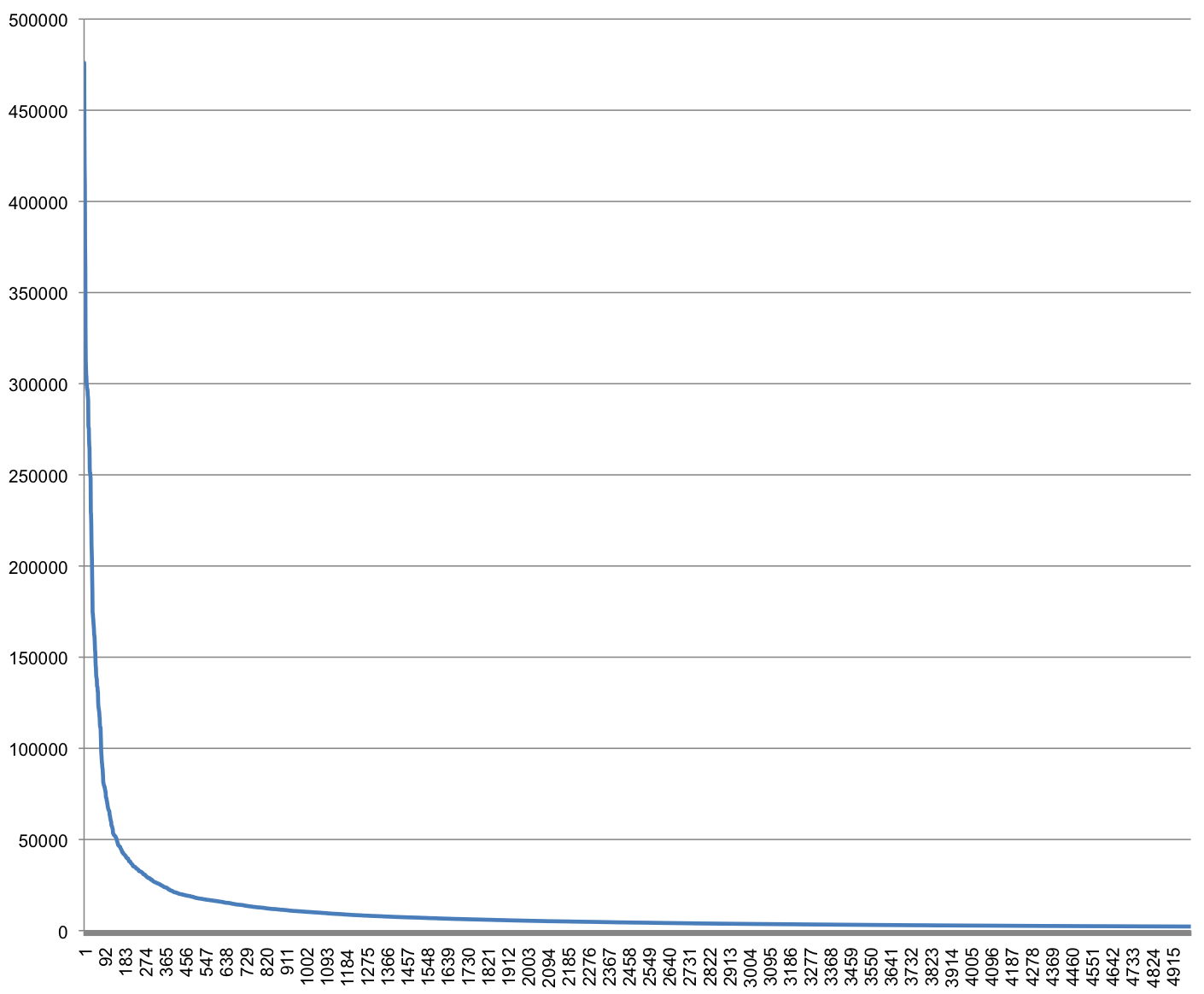 So what is the future of book reviewing? Well that's what we'll discuss in the panel so I don't want to give it all away. But as you can see above, one aspect of it is that on sites with infinite distribution, like Goodreads, there are a *lot* more books that get attention!

I also believe that professional reviews still definitely have a place - they are just increasingly less for the average consumer and more for book professionals and tastemakers.

I may be biased, but I think Goodreads has the best book reviews on the web. (Aside: have you ever tried reading the one star reviews of a book you weren't sure about?). I think the reason is because members here write for a different audience than other review sites; their friends, and the Goodreads community. And the fact that we have nearly 20 million to-read books shows that members are using Goodreads as a book discovery engine to a large extent - and I think our reviews play a big part with that!

To check how many Goodreads members consume professional reviews, I ran a quick poll:

The answer seems to be that people do occasionally read professional reviews. Who are your favorite literary critics and why? What do you think is the future of book reviewing?

Update: The panel went well, and is now available online
Like · 9 likes · 8 comments

i agree with you, otis, that GR has the best reviews around, if for no other reason because of sheer accumulations (i.e. if you have two or three great reviews close to each other you have a fantastic three-part review) and because of really exciting threads.

Looking forward to attending your session at ALA this weekend...

I don't have a favorite literary critic. I think they are important, because they have the power to get your name in front of a larger audience. I read reviews in newspapers, magazines and on Amazon, but I get a broader look at interesting books by using Goodreads and a couple other sites where people with like interests can share new finds. There are great authors that don't get the enough coverage, and that's too bad. Let us know what the panel says. By the way it's great that Goodreads connects to our web pages and to FB so that we can share are personal reviews ;-)

I spend more time on Goodreads than any other site on the internet.

Would appreciate an executive summary of the convention, maybe in the newsletter.

The phrase book discovery engine so perfectly describes the way goodreads allows readers to explore the world of books and reading with one another. Like Jason, I spend more time on GR than any other site on the internet, like Kayla, I find that GR widens the spectrum of discoverable books. Compared to professional reviews which are typically about new releases by established authors, the long tail of GR reviews offers readers such a broad scope of reviews -the newly published reviewed alongside old favorites, or rediscovered books that become newly popular, new authors and new voices alongside established authors, fiction and non-fiction. Discovery indeed!

I just updated the post to contain a link to an MP3 of the panel if anyone is interested!

Participants in the National Book Critics Circle panel on the future of book reviews chatted about e-galleys, the elegance of deckle-edged pages and the perils of e-blast publicity in a Book Expo America session that registered fewer sparks than the one in 2009.
-------------------
Buy Ebook