Posted by Patrick Brown on June 22, 2010
17 likes · 1 comment
Earlier this week, we passed a fairly significant milestone here at Goodreads -- we passed 100 million books cataloged on the site. That means that over 100,000,000 books have been added to our 3.6 million members' book shelves.

Obviously, this is no small thing. In under four years, our community has recorded more books than there are people in Germany. It's an impressive total, especially when one considers that each of those 100 million represents a book that someone thought enough of to add to their shelves. It's not 100 million cars or 100 million disposable razors, but 100 million thoughts or ideas. That's pretty great.

This milestone is also important for what it says about how the book world is changing. I did some back-of-the-envelope math, and if you figure the New York Times Book Review reviews about 20 books per week, it would take them a little over 96,000 years to get to all of the books our community has reviewed in a little under four. While obviously not every review is as long or involved as a review in the Times, that's still a lot of books getting some much needed attention. If the 100,000,000 number means anything, it's a clear indication that the now is the age of the reader. The average reader has more power now than ever before. 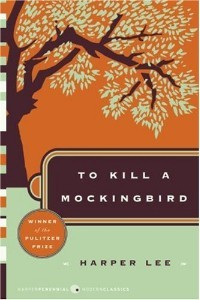 An obvious question is "What are people reviewing?" The book that has been added to the most shelves -- both in the US and internationally -- is To Kill a Mockingbird by Harper Lee. Over 400,000 people have added it to their shelves, meaning that it accounts for roughly 4% of the total books added on Goodreads. Two YA titans dominate the most-popular list, as J.K. Rowling and Stephenie Meyer occupy the next two spots. One interesting fact: of the fifty most popular books on Goodreads, twenty-six are by women and twenty-four are by men. The most popular book by a Goodreads Author? The Time Traveler's Wife by Audrey Niffenegger, with over 180,000 ratings. It was also encouraging to see that so many of the most popular books are by living authors. Maybe that's why there are over 19 million books on our members' "to-read" shelves. Hopefully that means even more good reads in our future!