Announcing the Winners of the 2019 Goodreads Choice Awards!

More than 4.6 million votes were cast and counted in the 11th Annual Goodreads Choice Awards honoring the year's best books decided by you, the readers!

Now comes our favorite part: It's time to reveal the incredible winners across 20 categories, and time for some talented authors to celebrate.

We asked the winners of the 2019 Goodreads Choice Awards to share photos of themselves reacting to their victories. Casey McQuiston celebrated her double win for Best Romance and for Best Debut Novel with an adorable photo amidst a wintery backdrop. Queer Eye guy Antoni Porowski shared his enthusiasm for his Best Food & Cookbooks win, while literary superstars Margaret Atwood and Stephen King got in on the action too.

Congratulations to all of the best books of the year in each of the 20 categories! 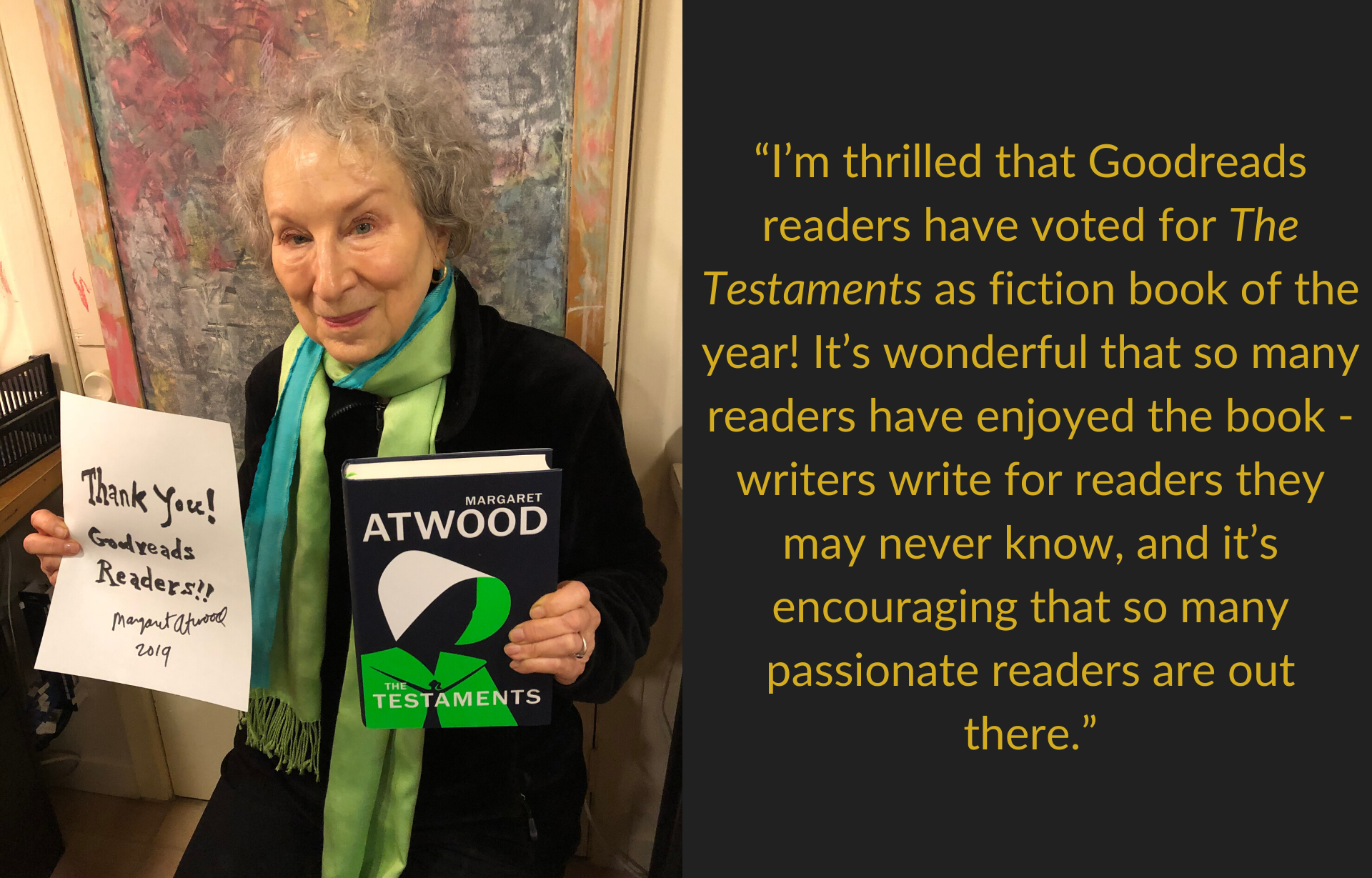 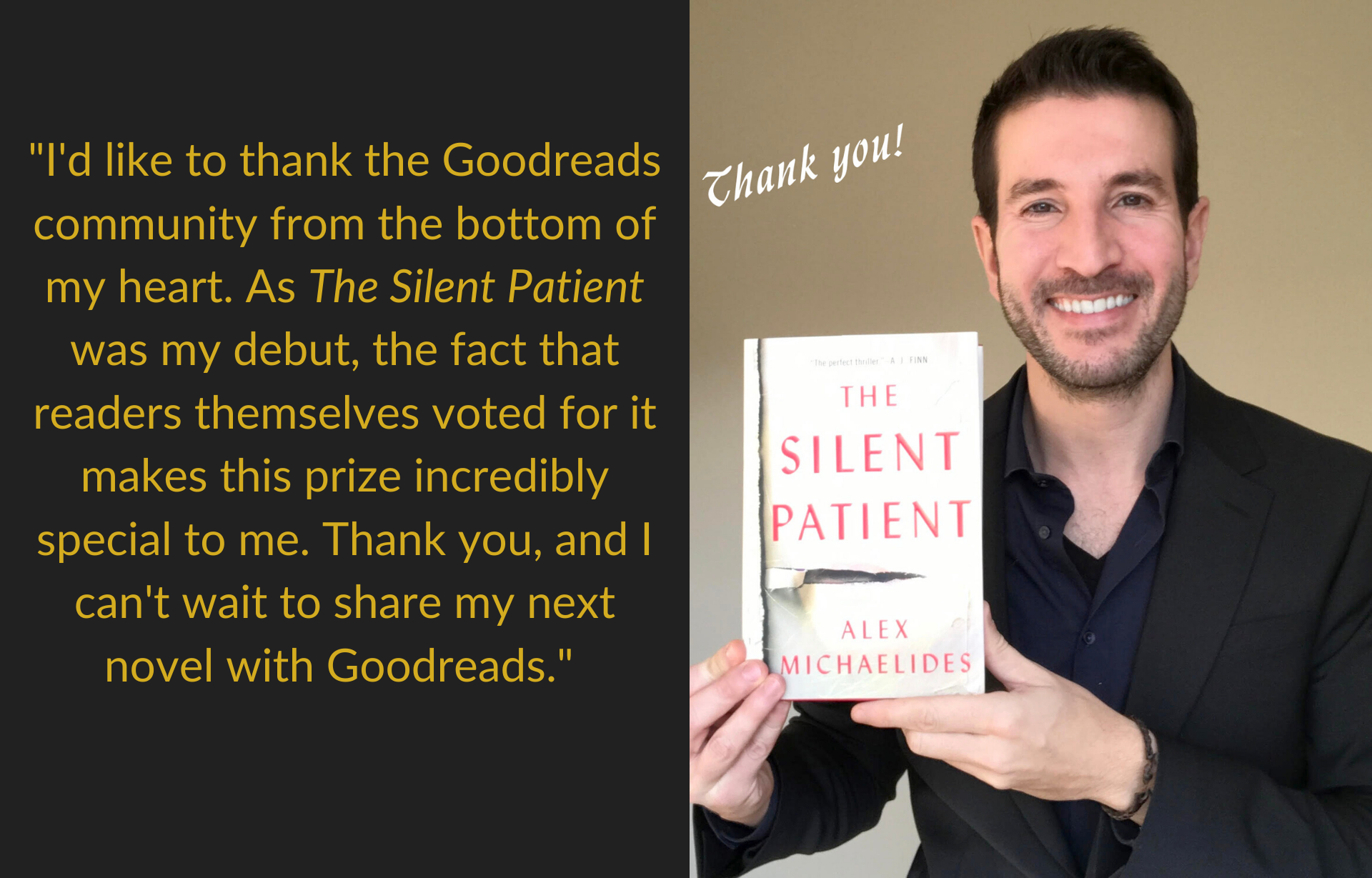 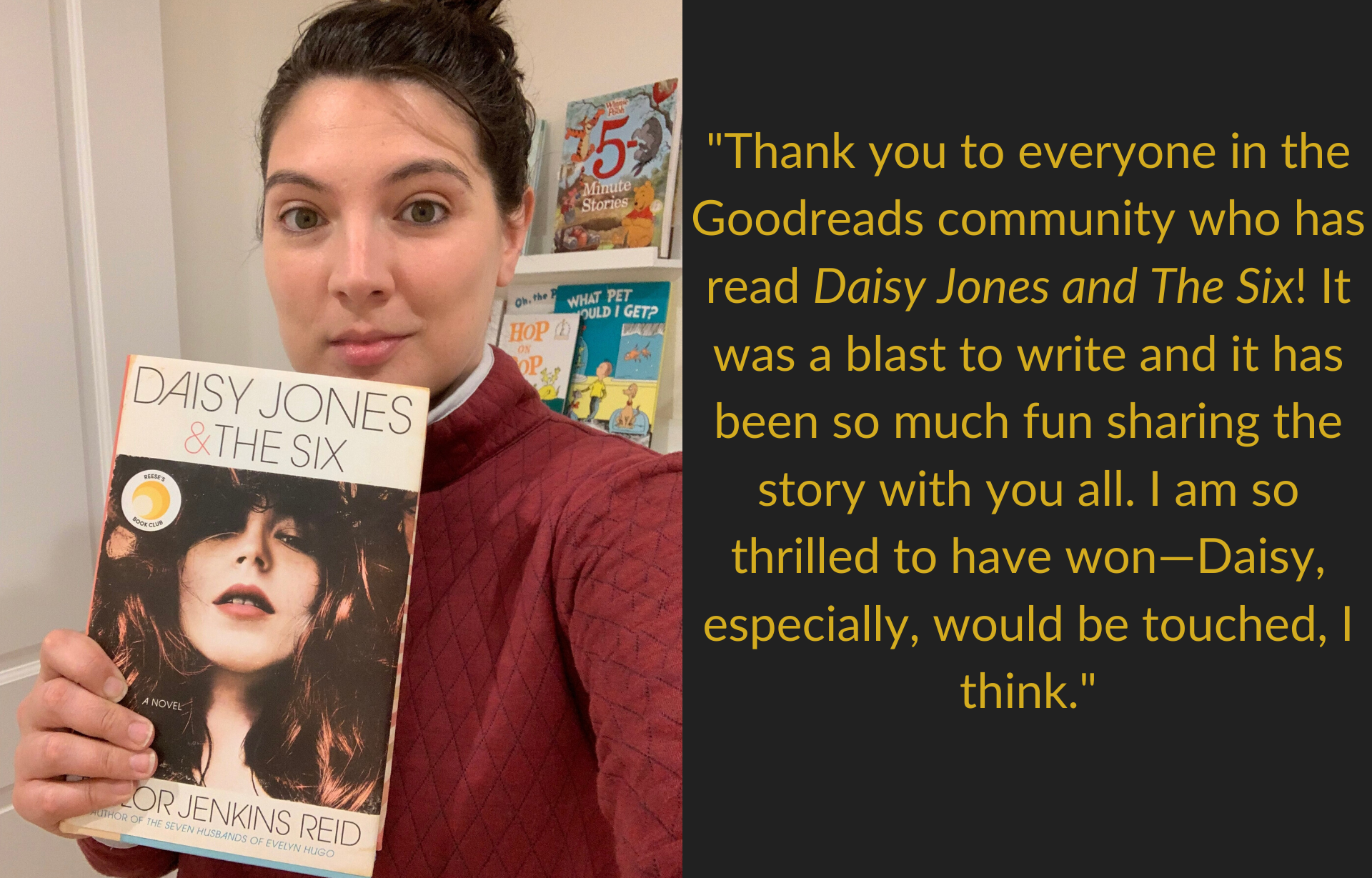 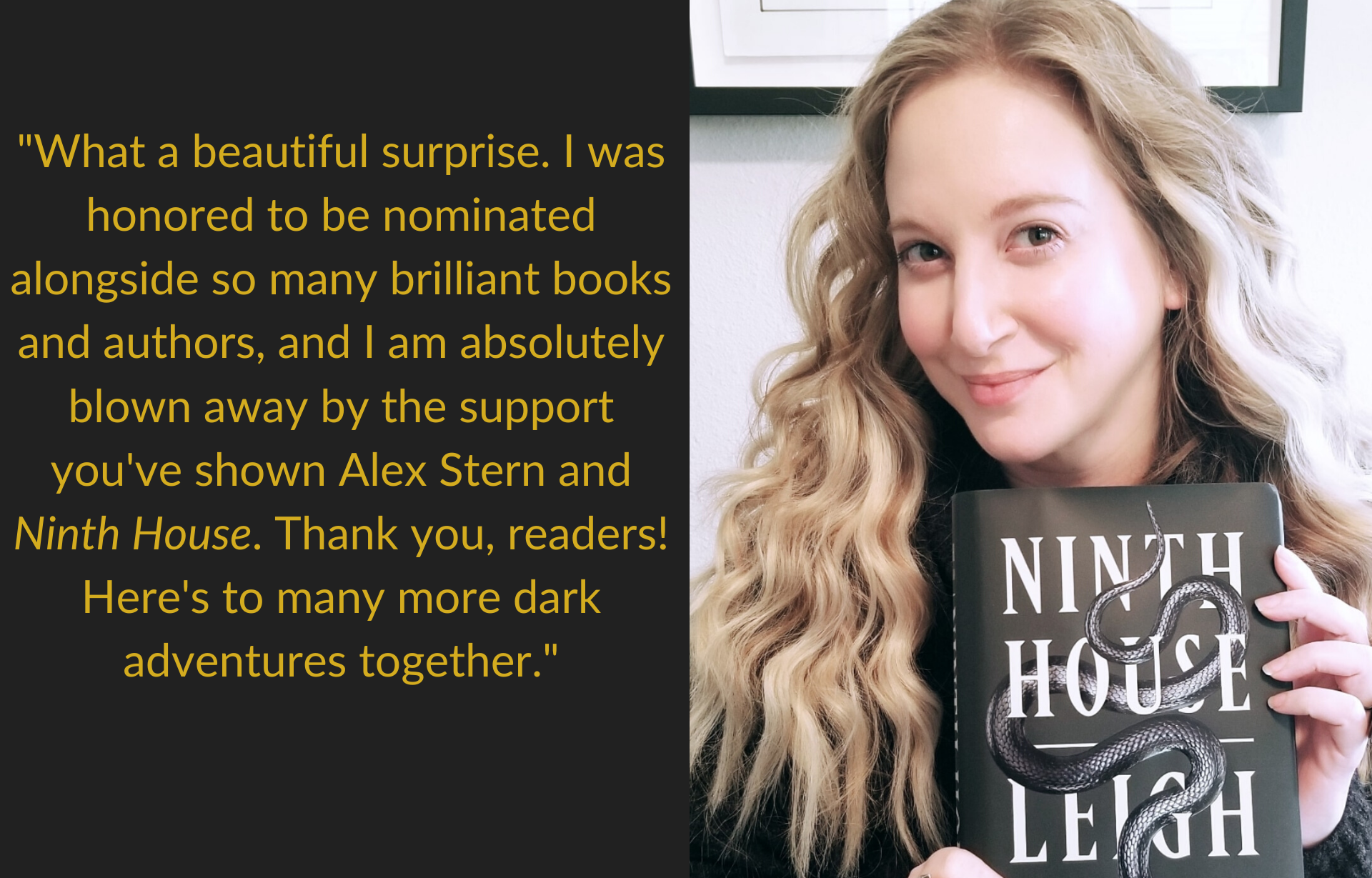 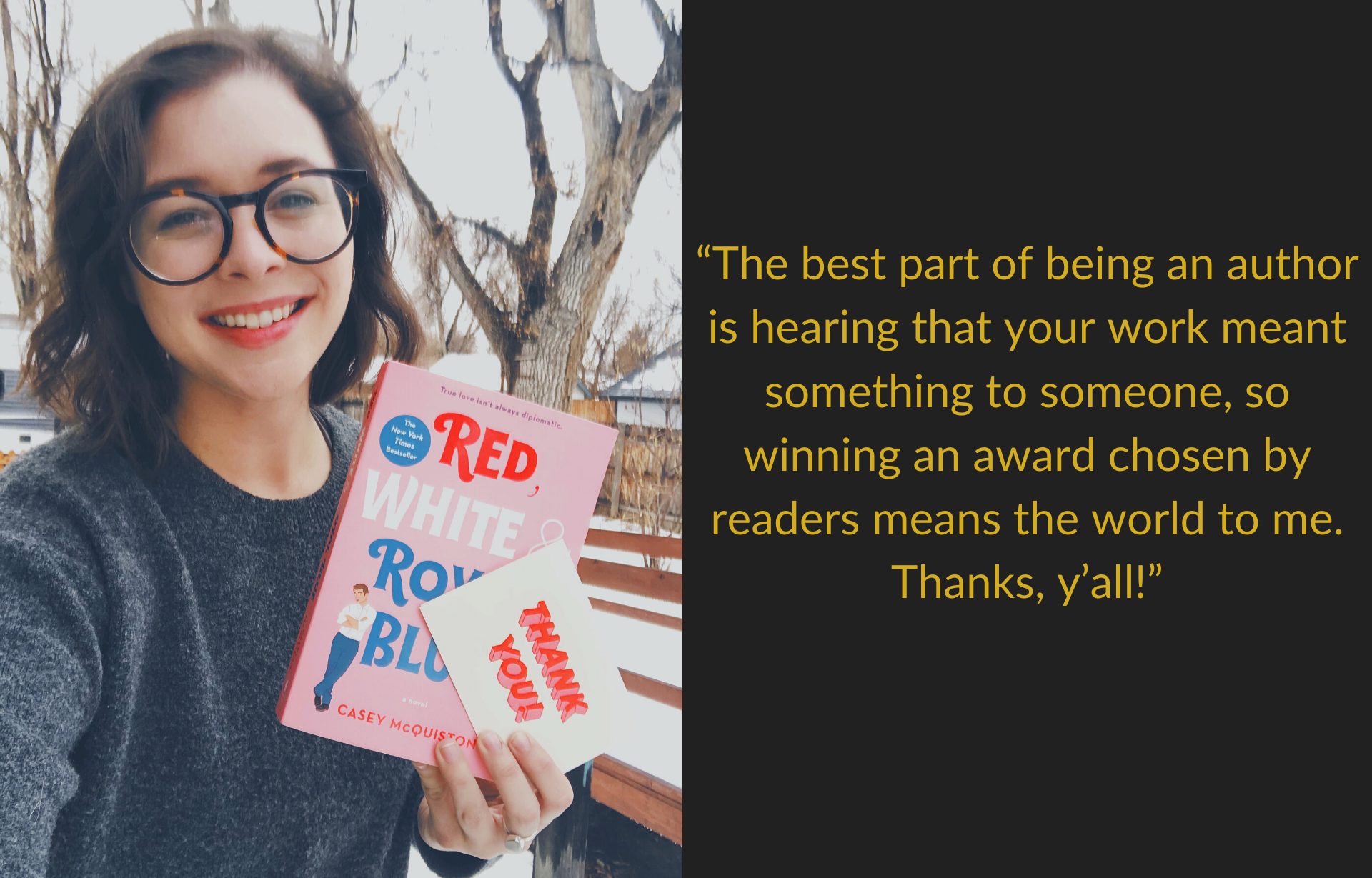 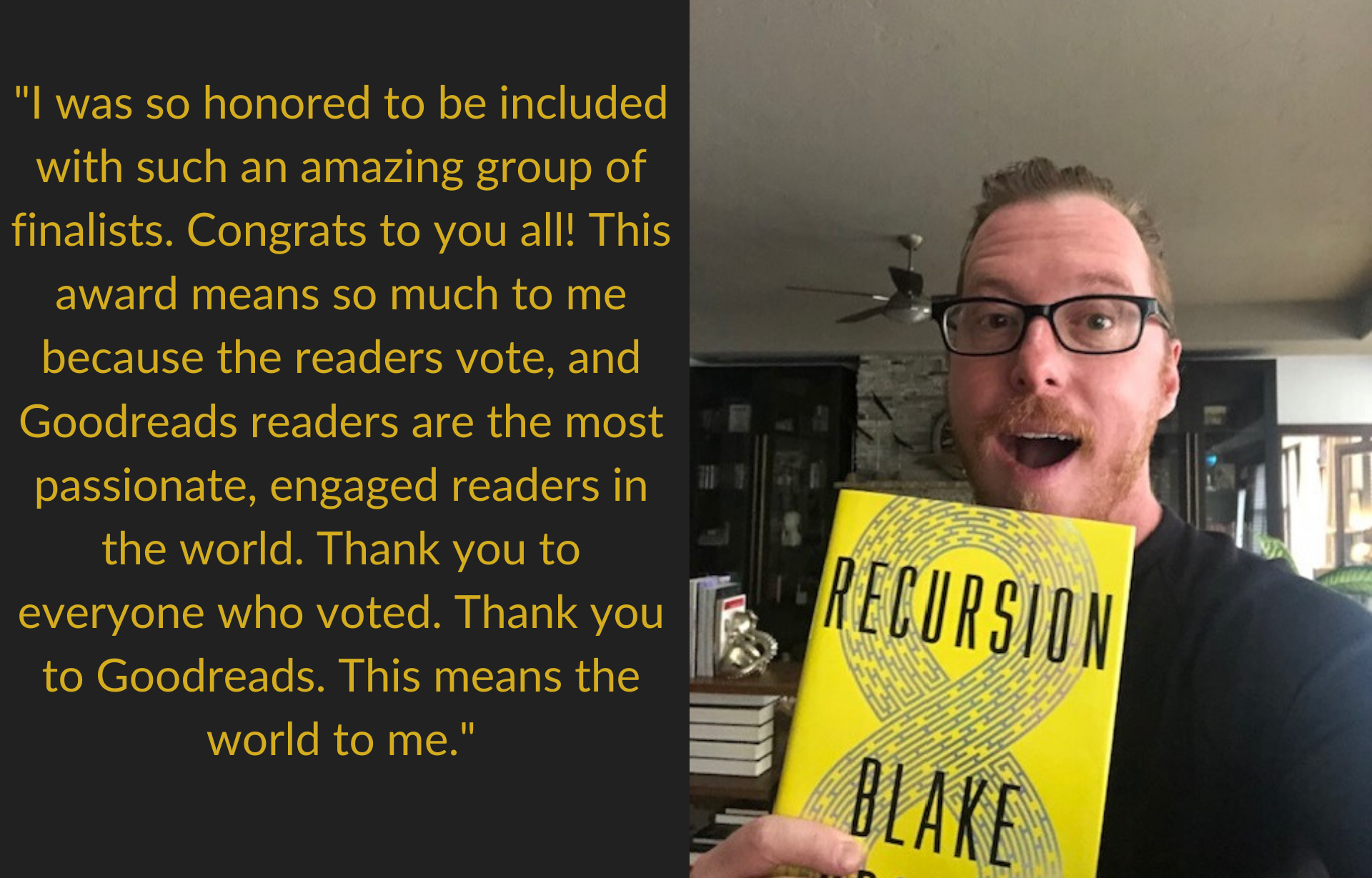 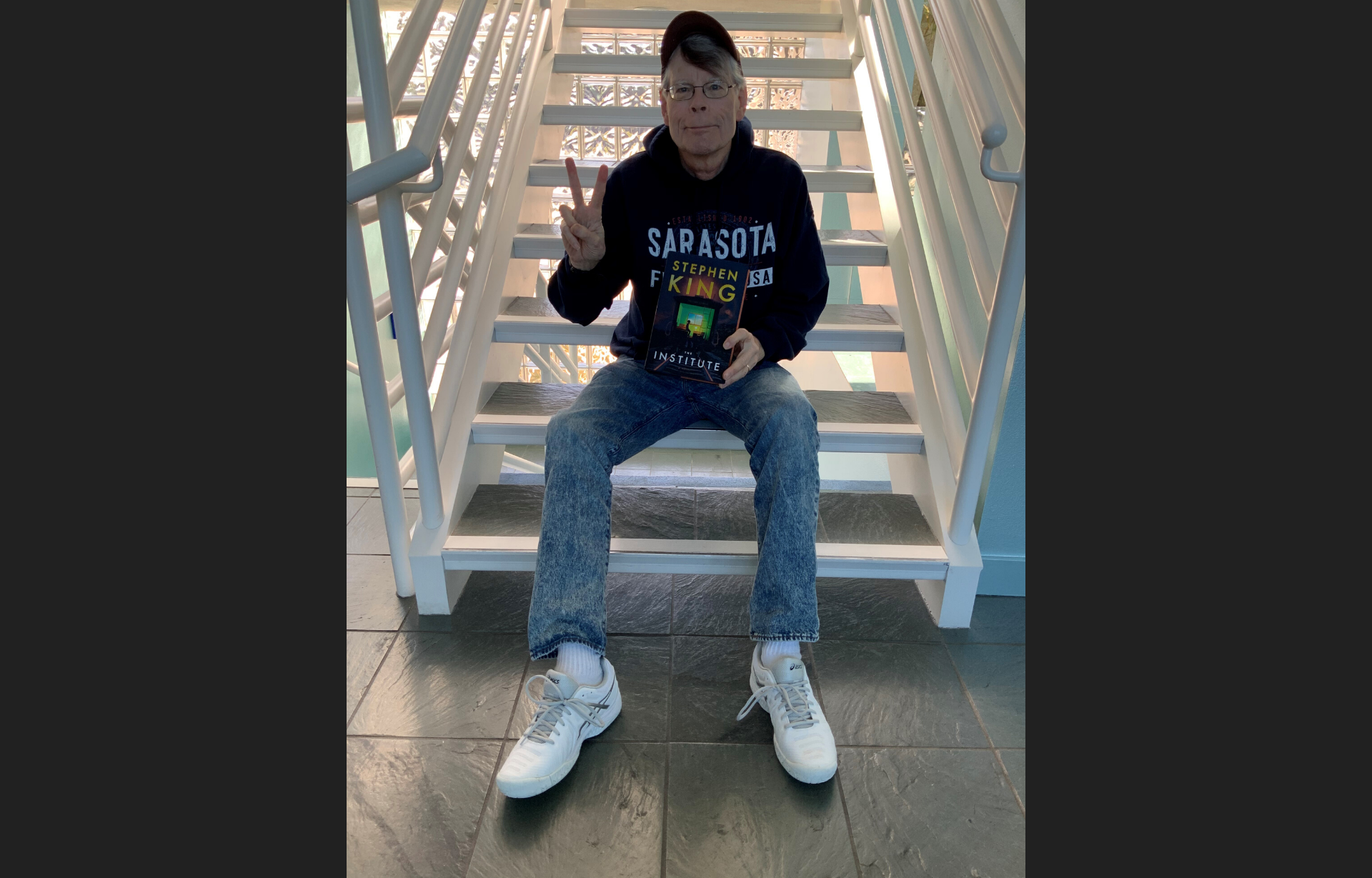 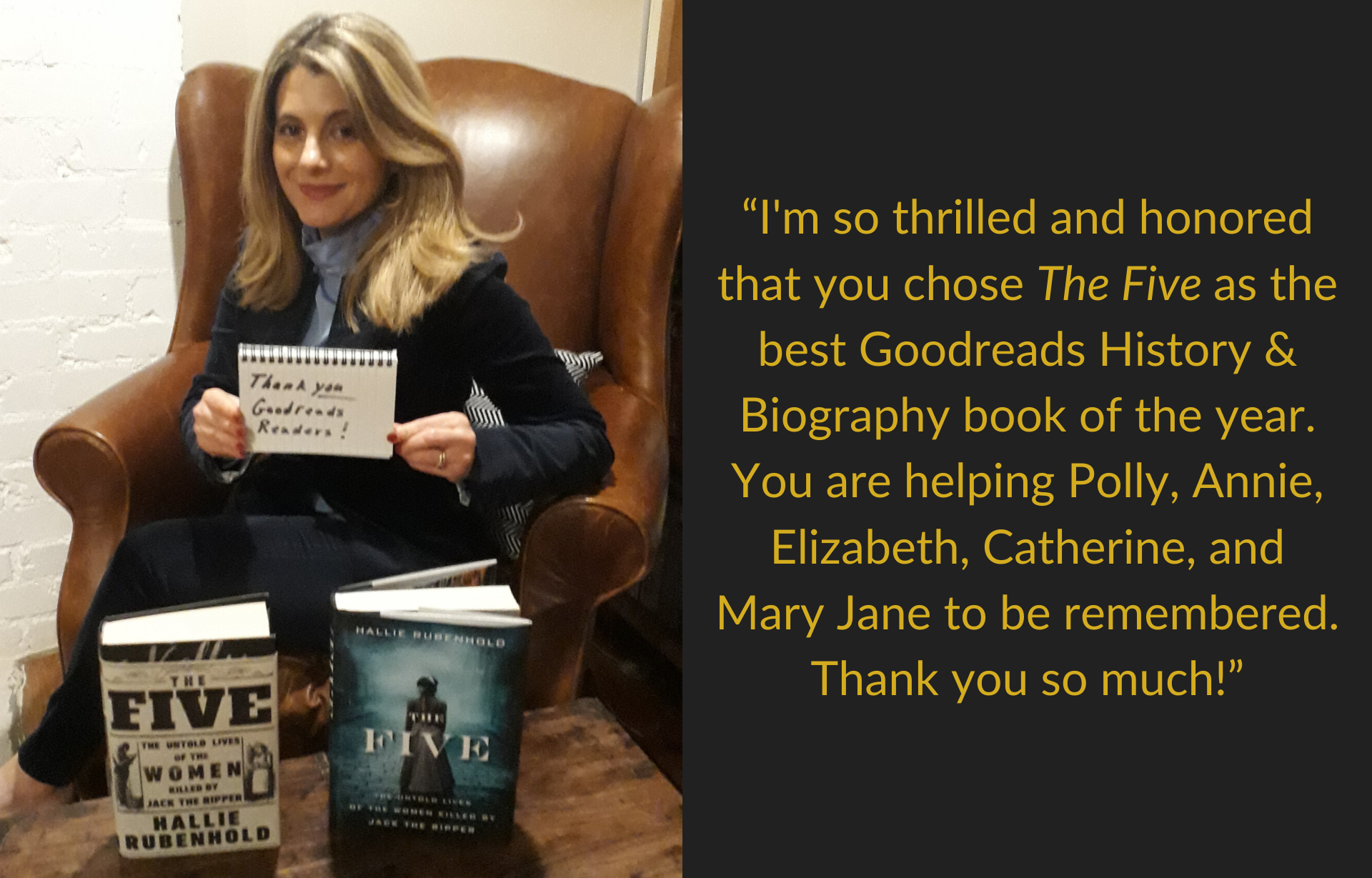 Best Science & Tech: Will My Cat Eat My Eyeballs? by Caitlin Doughty 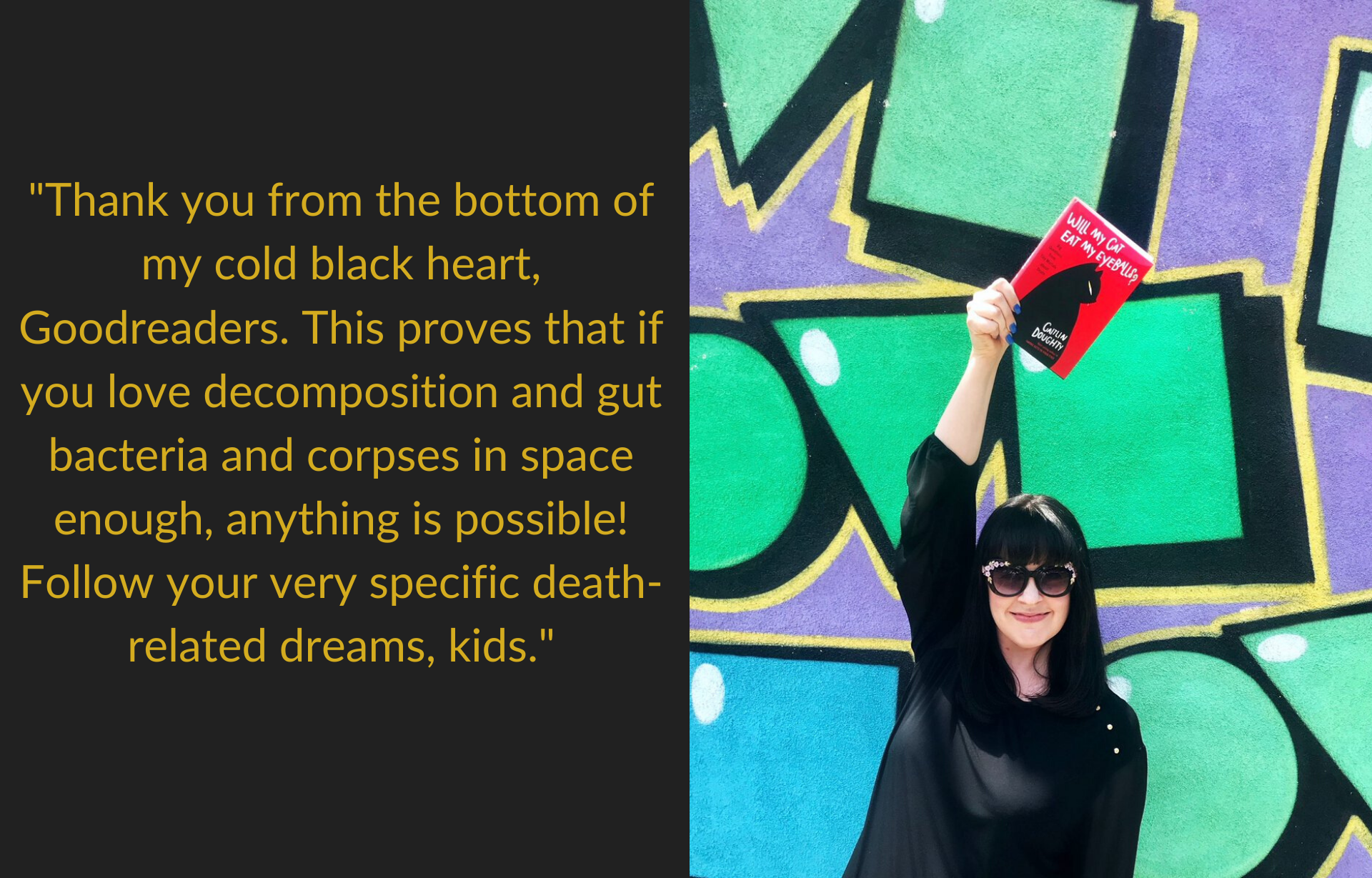 Best Food & Cookbooks: Antoni in the Kitchen by Antoni Porowski 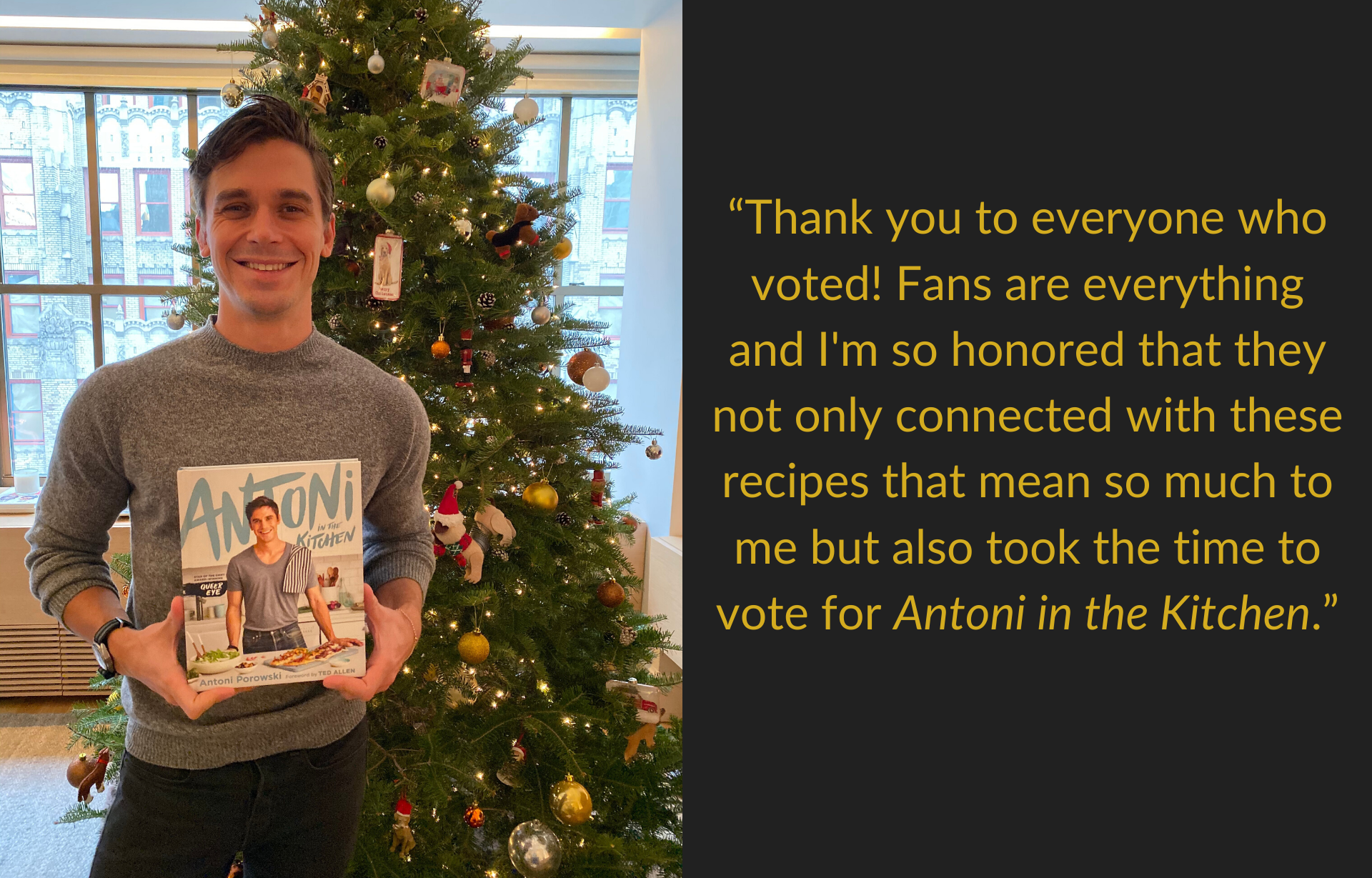 Best Memoir & Autobiography: Over the Top by Jonathan Van Ness 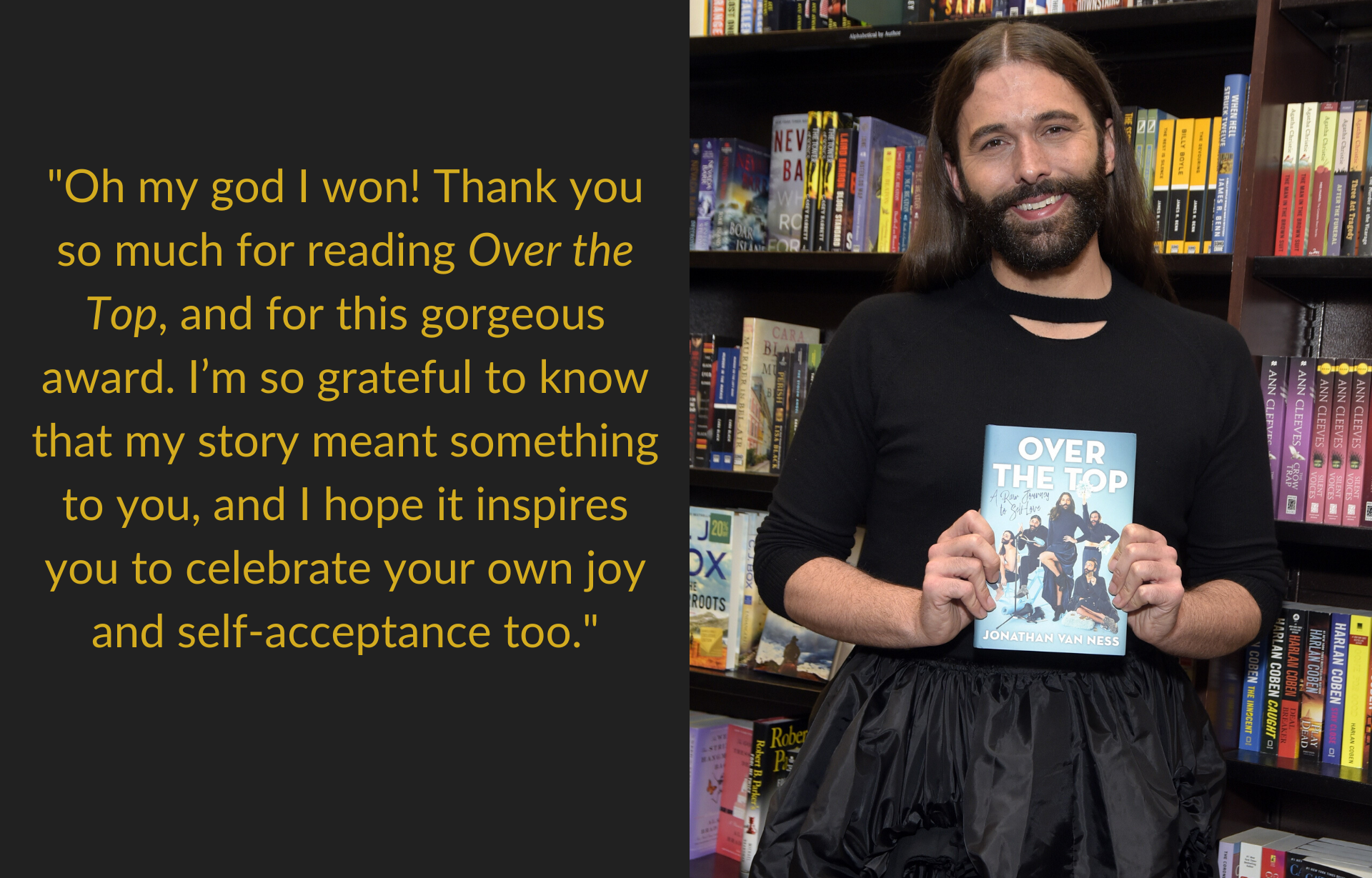 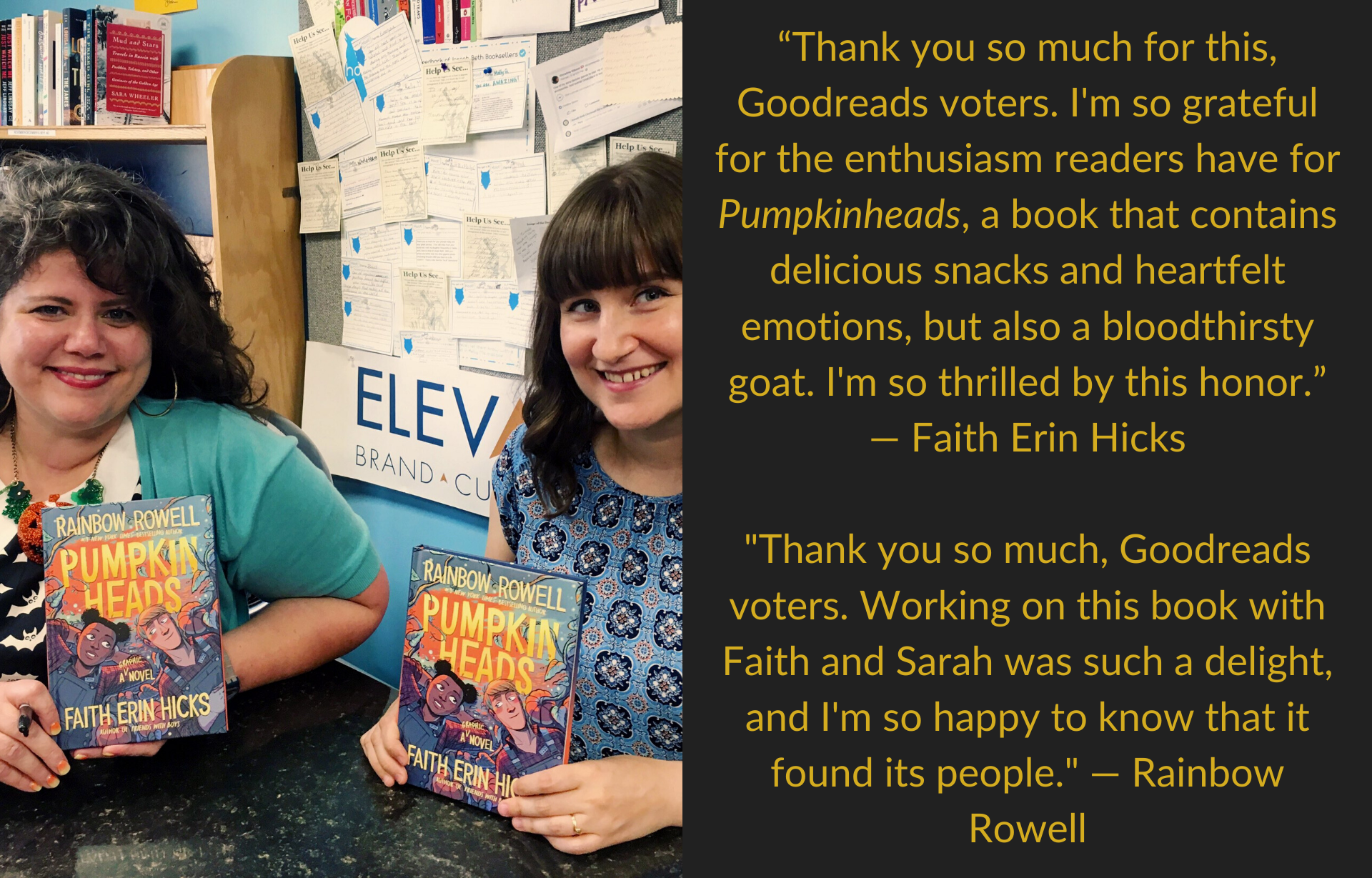 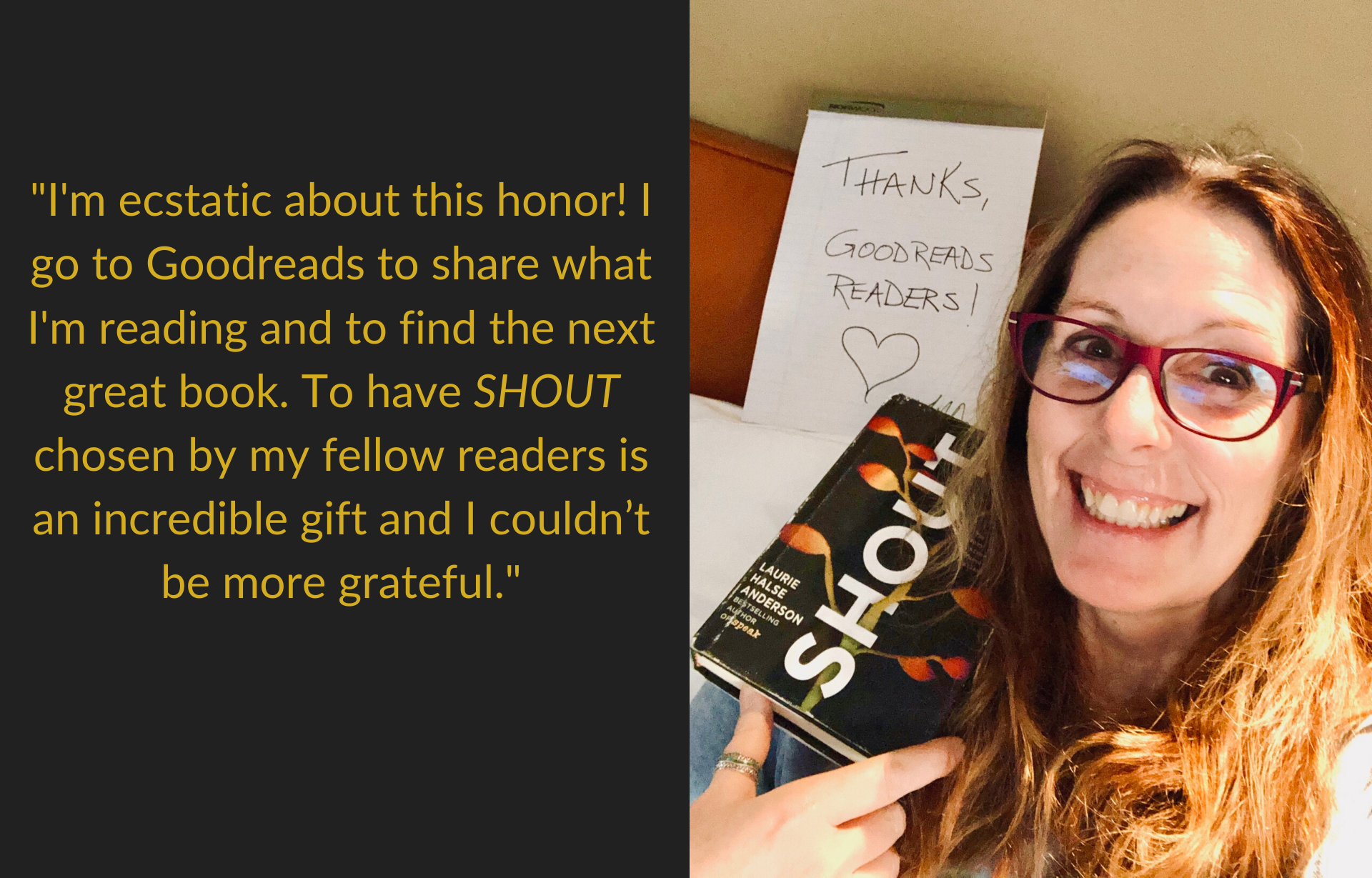 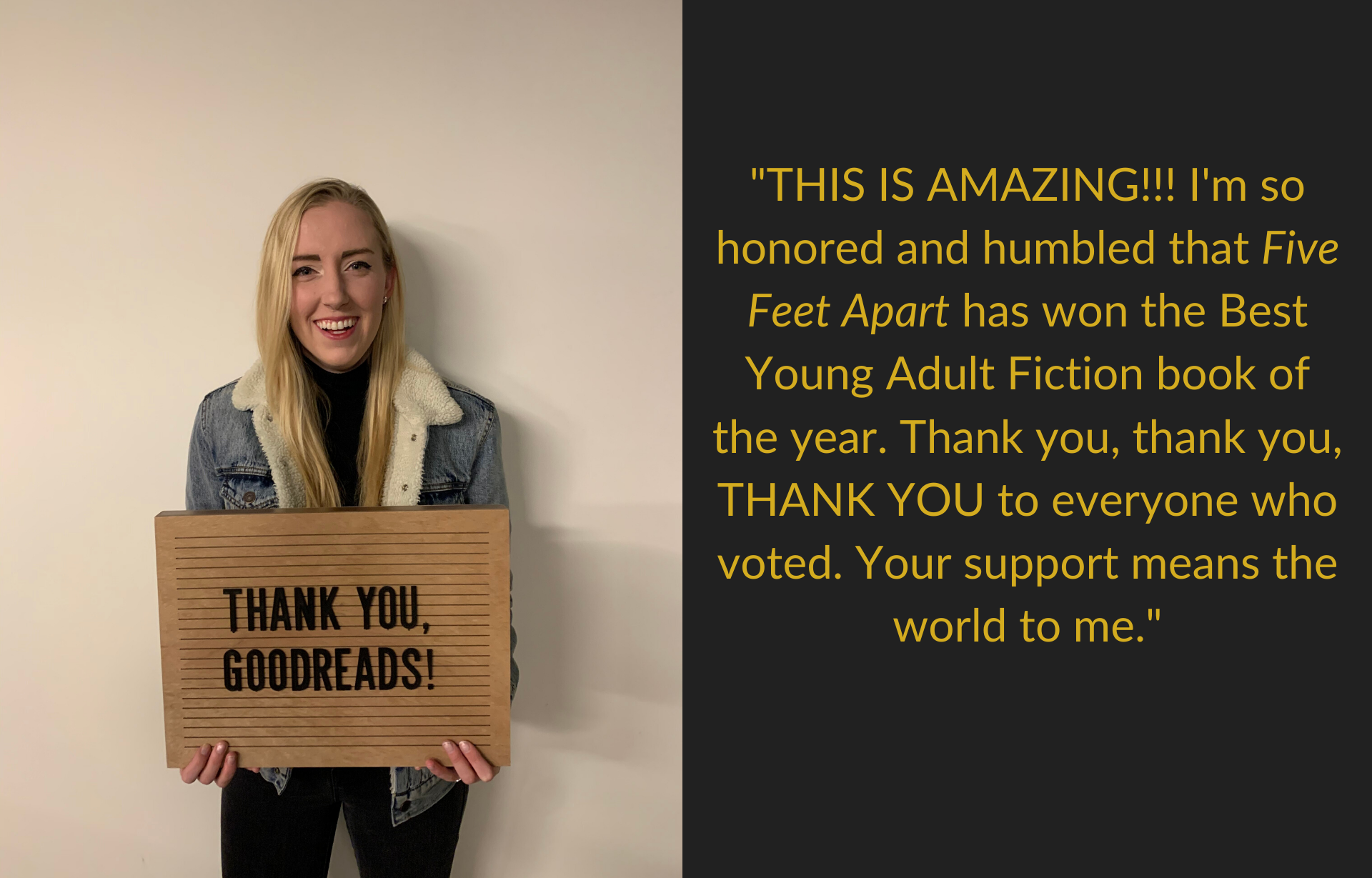 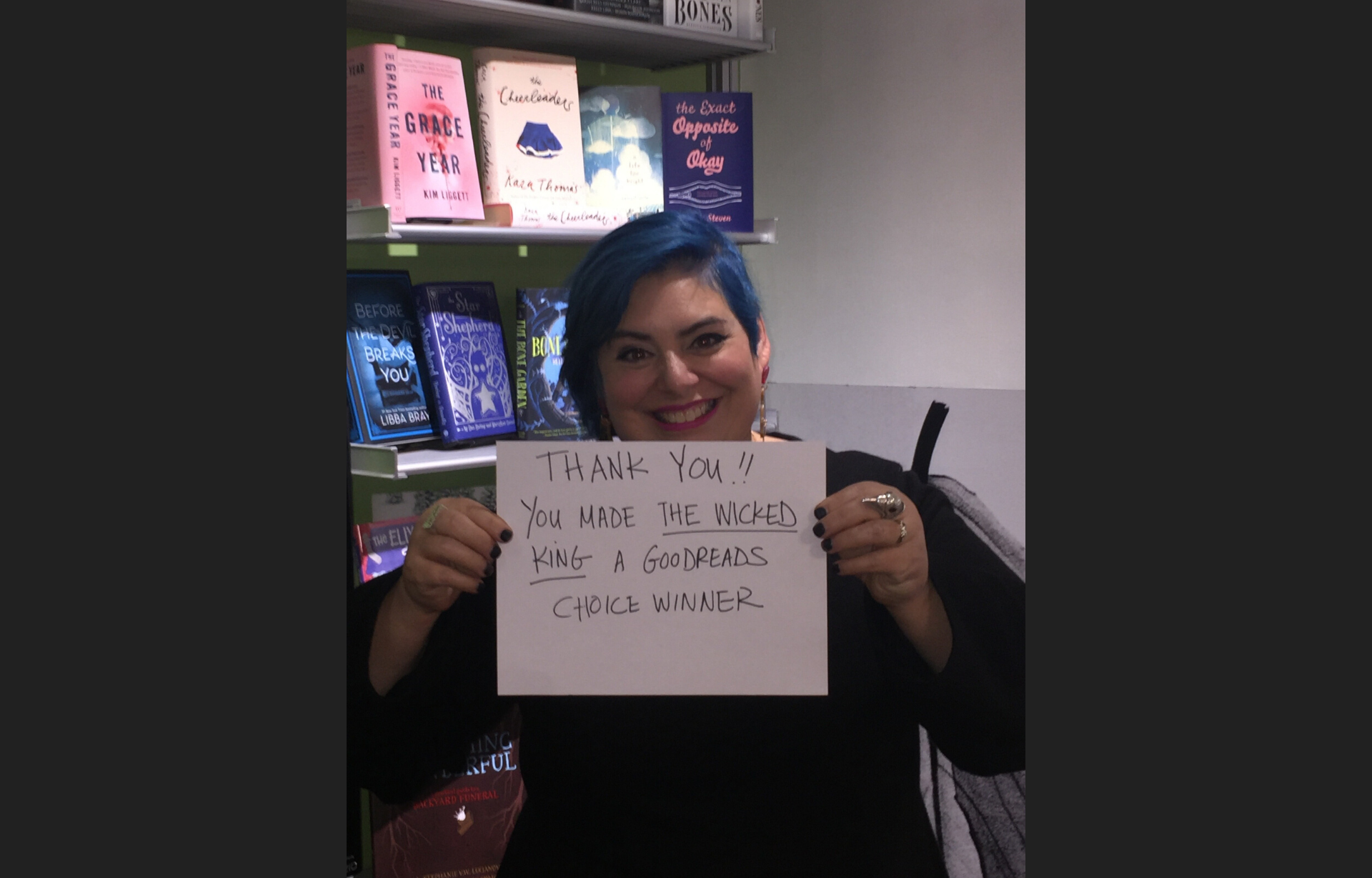 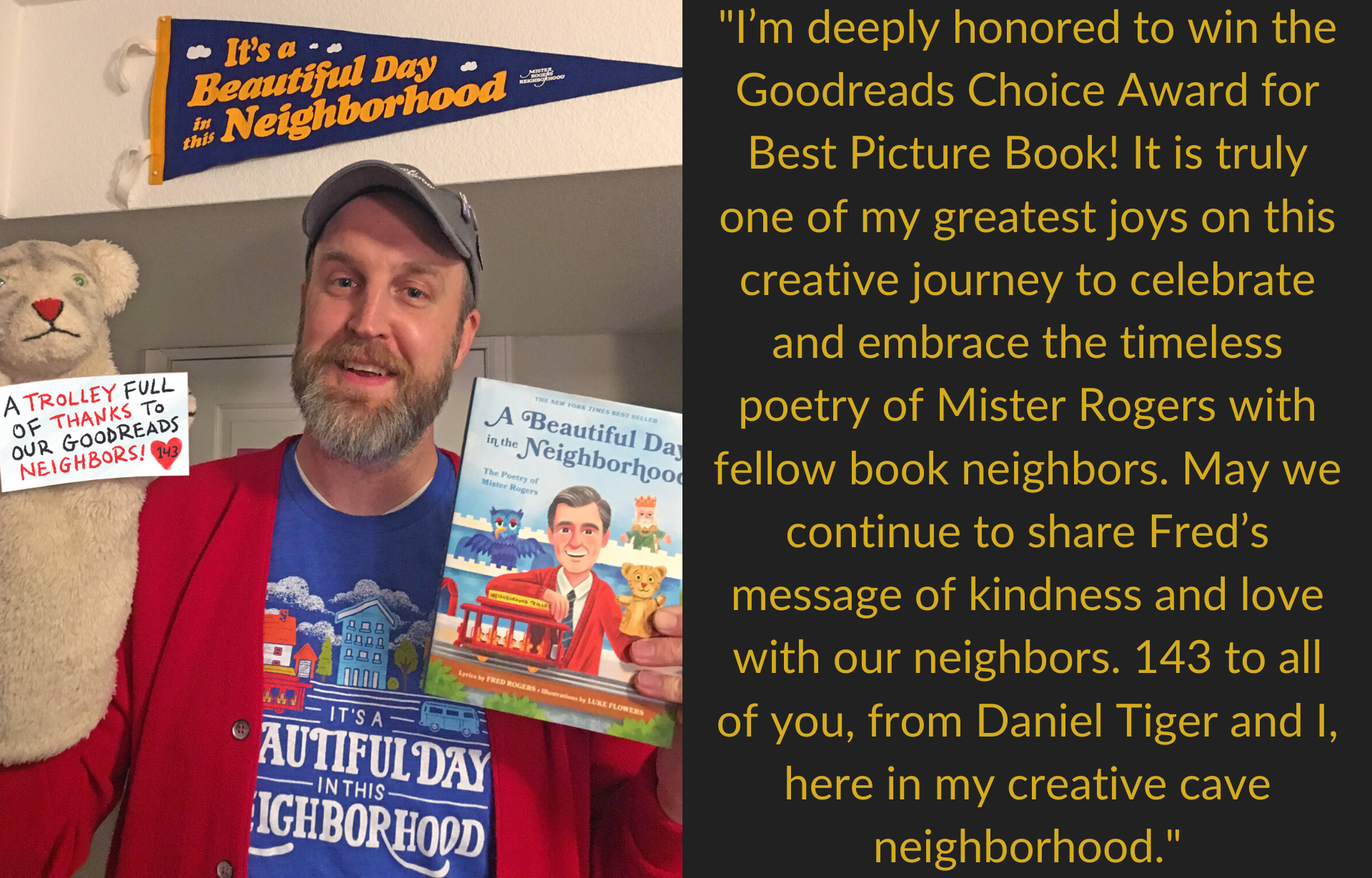 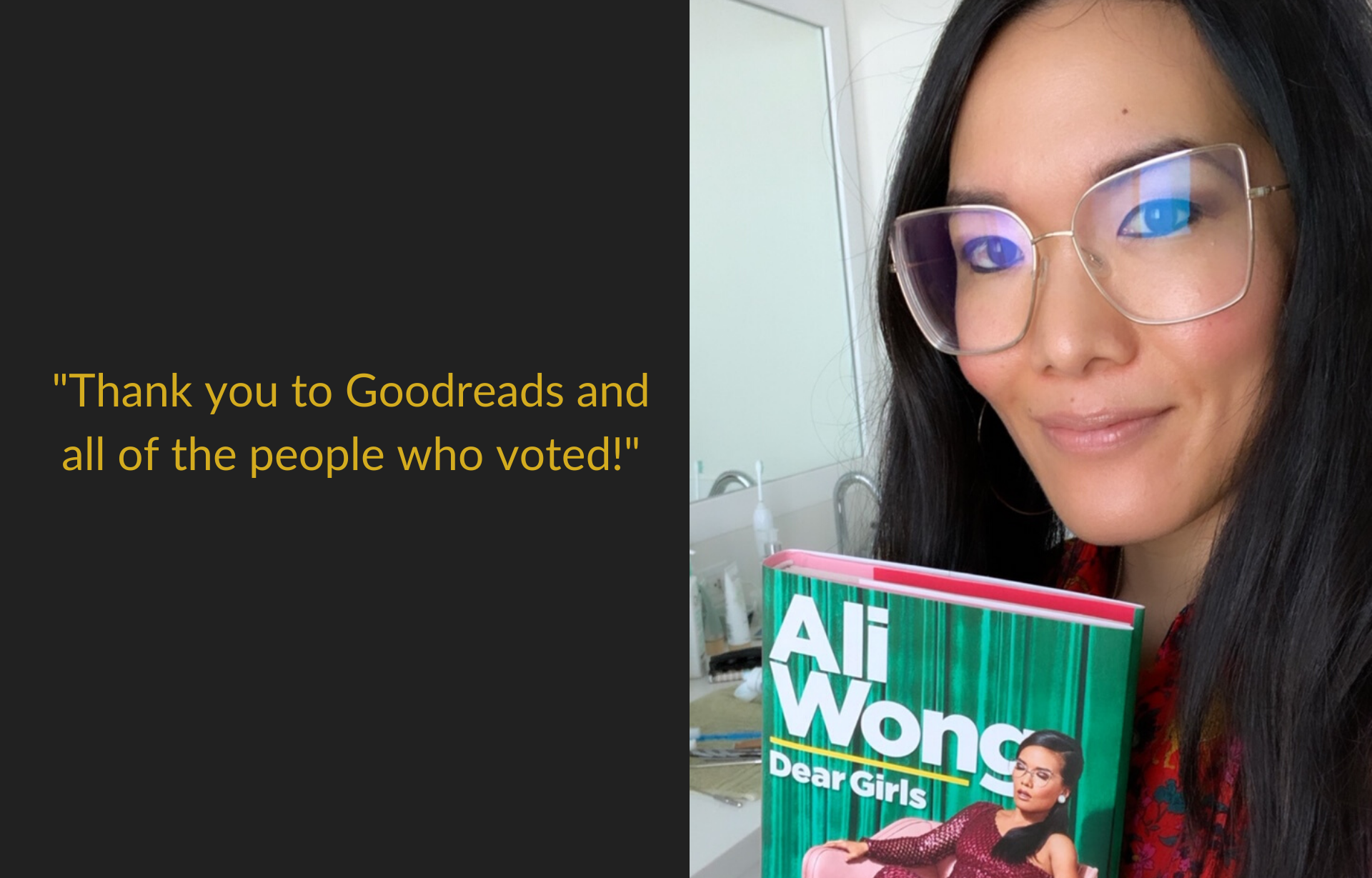 Thank you to all of the readers who make the Goodreads Choice Awards such a success every year! Happy reading!

Check out more recent articles:
December's Most Anticipated New Books
The Best YA Books of December
Your Friends Will Devour These Literary Cookbooks

The Chestnut Man should have won in the mystery & thriller category. Disappointed !

Louise wrote: "The link for best graphic novel links back to the 2018 winner"

Thank you! That's been corrected.

Damn, I have not read any. Buying PumpkinHeads, the graphic novel right after I finish typing this comment!

Frankly disappointed with this year's results. I know it's been said before but there were a LOT of books I'd never heard of before the lists posted and some had only published that same week. It's getting more and more difficult each year to vote in the categories. But oh well. I don't think The Silent Patient deserved to win, but I"m very happy that The Five made it through! So I guess it all balances out.

Inken wrote: "Frankly disappointed with this year's results. I know it's been said before but there were a LOT of books I'd never heard of before the lists posted and some had only published that same week. It's..."

Well, there's been a certain bias in the selections shown, the write-ins had a definite disadvantage from the get-go. Every biased preselection will lower the quality of the selection as a whole.

Gah! Only one category has a book I voted for. I guess my tastes are not as pedestrian as most people's.

So extremely happy for Leigh Bardugo!!!

I wish goodreads would either release the nominated books earlier or have the voting later, so that I'd have more time to read them. Also, it's always interesting to note the number of ratings against the number of votes the book has. I always seem to find some great reads by picking books that didn't win, but have a way higher votes to ratings ratio. A perfect example is My Sister, the Serial Killer. Anyways, congratulations to all the winners! Only one of my votes won, but I still enjoyed quite a few that did win.

Am I the only one who didn't care for and finish The Testament? Maybe I need to read the first book, The Handmaids Tale, first?

Congratulations for all the winners!
I'm sure all the books in the running were good books deserving to win.

What I am not sure about is the sense of this.
I believe more the individual ratings of each book than results of a voting that is tilted to benefit books with a lot of buzz, ARC readers and people who care about voting. This is kind of elitist, and frankly, I feel a bit sorry for the winning authors, because this isn't really real and true... Of course, they won and will always have the bragging right, but...

This year the best fantasy book without a doubt is The Winter of the Witch. it has 4,52 rating, and less than 1% negative reviews!

THIS was the "best" fiction that the collective readership of Goodreads came up with? Everyday Goodreads, you fall down the credibility scale.

Suggestion: rename the site to JuvenileReads.

Aaaaaaand like last year, none of my chosen books had won any category 😂 😜

It's very interesting some of these winners have more votes than total ratings on its page.. one book has over 20k more. That many people read without giving a star? or people just vote without reading?
Wish I can like some of these posts! 🙂

How did Verity not win the Best Romance??!!!

No way Daisy Jones was a better book than The Summer Country or any other nominees in historical fiction.

As usual, not a single book I read this year was eligible, let alone nominated. I think can count the number of years I read one book in the same year it was released on the fingers of one hand (and that's counting when my dad got advance review copies of The Sharing Knife: Horizon and The Sharing Knife: Passage; Bujold dominates that short list); any "reader's choice" I would ever nominate for an award (or vote for from knowledge rather than hype) is therefore almost always going to be at least several years, if not decades or centuries, old. Not that I'm interested in what the best book of a year is anyway; I'm interested in what books are actually good, period.

Jessica wrote: "Aaaaaaand like last year, none of my chosen books had won any category 😂 😜"

I wanted Once Upon A River to win.

The Silent Patient, my absolute favorite!

Goodreads Choice Awards is an author popularity contest rather than a book popularity contest. As others have noticed, the disparity between the number of votes versus the number of ratings makes it obvious people are voting for books they haven't read (presumably because they had high hopes due to the marketing or because they liked the author's previous work); there is no way there are that many people who loved the winning books but didn't rate them.

This contest would be so much better if

1) the voting opened in one of the early months of the following year (e.g. if we were voting for the best books of 2019 at the end of January 2020 instead) so people would have more time to read the year's releases. This would make a lot more sense because the books that are released at the end of the year have a clear disadvantage. (I don't know why the eligibility period randomly begins in November and ends in November of the next year; it could just span from January 1st to December 31st, but whatever.)

2) the opening round were entirely write-in votes. This way people would have to put more thought into what books to vote for rather than just seeing a list of pre-selected choices that have been on the hype train of the year.

3) the GR blog didn't just promote the same types of books and authors every year. They could make an effort to promote underrated books and authors, giving them a better chance for recognition.

4) if the contest were more international, like if there were categories for books published in other languages and countries. I know books translated into English are eligible, but sometimes it takes years before a book gets translated, and sometimes translations are a poor reflection of the original work.

Congratulations to all the writers.

Although I expected it, I'm disappointed that Fire & Blood didn't win. I feel like a lot of people wouldn't give it a chance due to a) it's unconventional format and b) anger over the decade-long wait for The Winds of Winter.

I guess all I can say now is, for fans of both fantasy and historical fiction, I implore you to take a look at Fire & Blood. It's engaging, complex, and creative, and I'm genuinely stoked for the next installment.

Yay the The Wicked King won! I am so happy, it deserved and finally no Maas's books winning this year :)

Regarding some of the comments here, one wonders if some people are not gaming the system with thousands of votes for a book only published 4 weeks before?

My book, "You Are Light" has over 50 five-star reviews on my website, but doesn't get a look-in on the Awards programme, so I'm wondering how books get noticed by the readers here?

Next year can historical romance have its own category?

I am overjoyed to see Margaret Atwood win best fiction category...she is my most favourite lady author and I have read everything she has written... pure genius and well done !

How does GR pick the pre-selections? The highest number read or want to read? There are so many celebrity ones.

So happy about Five Feet Apart winning Young Adult fiction of 2019! It deserved it so much. :))))

I'm thankful to every reader whose contribution made it a great success. At some point disappointed that my best books could not make it to the end. Yet i'm happy for every readers and authors here.
Thank you

Ketutar wrote: "Congratulations for all the winners!
I'm sure all the books in the running were good books deserving to win.

What I am not sure about is the sense of this.
I believe more the individual ratings..."

"STEPHEN F'KING USA" - is this a subliminal message, steve?

Fred wrote: "Am I the only one who didn't care for and finish The Testament? Maybe I need to read the first book, The Handmaids Tale, first?"

You can try. I had a hard time wading through A Handmaid's Tale. It wasn't bad, but honestly, if I had read the book before watching the show, I might not have tuned in!

I love Jonathan from Queer Eye as much as the next but come on, Chanel Miller's memoir??? It is so important.

Congrats to the winners. Havent read any of them and feel disapplinted that books i wanted to win didnt...

Congrats to all of these amazing authors. I love our Goodreads community!!!

Kathleen wrote: "No way Daisy Jones was a better book than The Summer Country or any other nominees in historical fiction."
Have you read it?! It's movie-adaptation worthy. Hands down the best of all 54 books I've read this year to date. Just one woman's opinion, though, and I haven't read The Summer Country for comparison either.