Love That Dog: Design and Jackets 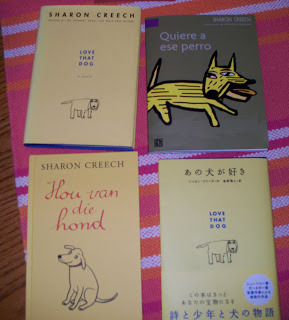 I'm always intrigued by the cover designs that are chosen for translations.  Above are four examples from the dozen or so foreign editions of Love That Dog (from top left, clockwise: American, Mexican, Japanese and Netherlands.) From the beginning, I loved the classic, simple American cover with the perfect William Steig drawing of a dog; this was also used as the basis for the Japanese cover.  The Mexican cover takes a sort of bold Picasso-like approach, whereas the cover for the Netherlands edition plays off the original American one but with a different dog and with red lettering instead of blue.

It's also interesting to compare the various portrayals of the concrete 'dog poem' in this book. First, the American version: 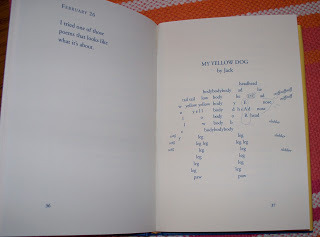 Two other versions (Japanese and German): 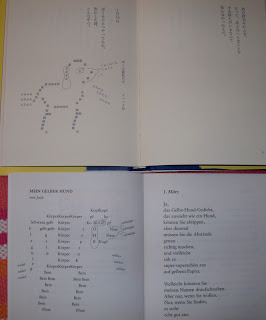 I love the pure, simple layout for the original American version; foreign editions also pick up this approach. The story seemed to require generous white space. First, the American edition: 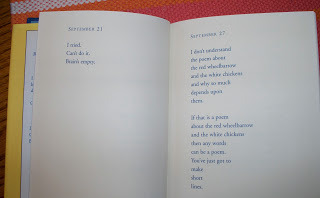 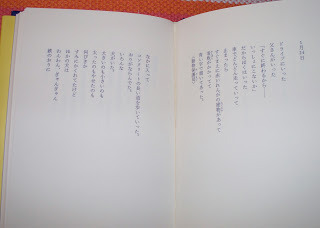 And from the Netherlands: 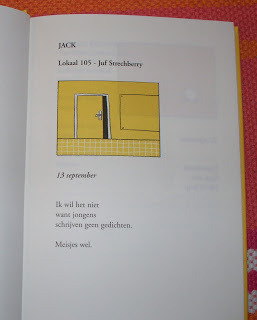 This story, in its content, form and presentation appears so simple, and yet for me it conveys so much complexity.  The companion to Love That Dog is Hate That Cat: 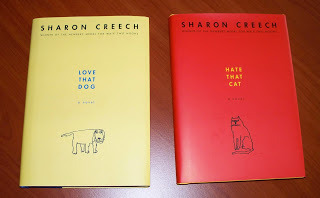 Hate That Cat is similar to Love That Dog in layout and design, and we were fortunate to secure a William Steig drawing of a surly cat to adorn the red jacket.

Sharon Creech isn't a Goodreads Author (yet), but they do have a blog, so here are some recent posts imported from their feed.