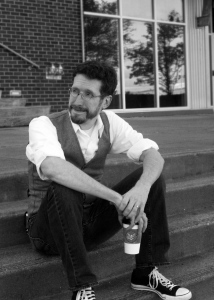 …fellow Crooked Cat Publishing Author, Scott Perkins, (Blog :  http://www.pagestotype.com/ ) has a milestone day today… his debut novel, Howard Carter Saves The World , is available to all of yeez to download and enjoy… he shares a bit about his plot hero, Howard Carter… a name to conjure with, indeed…

A Name to Conjure With

The naming of cats, TS Eliot tells us, is difficult and a game that’s sure to spoil your holiday. He might as well have been talking about the lip-gnawing, brow-furrowing, page-flipping, head-scratching frustrations of naming characters for a work of fiction.

Considering the amount of thought that goes into naming a cat or a character, it’s always surprising to me how arbitrarily we tend to name people in real life. My mom babysat for a kid named Scott and always liked the name, so here I am. I watch friends and family agonize over the names of their offspring and then (almost) always come back around to family names or honorific names.

Since I started writing about Howard Carter, I’ve had any number of young scholars pop up on my blog using search terms and asking questions that make it obvious that they are researching the man who found King Tutankhamun’s tomb. I deal with that in the first few chapters of Howard Carter Saves the World. Trying to deal with the mummy problem is what kicks the story into action. His name is the instigator for the plot.

He is, after all, Howard Carter, no relation… or is he?

As a young man, I was quite taken with the O.G. Howard Carter, and in love as only a youngster can be with the adventure of it all. Mummies! Curses! Treasure! No messy questions about national sovereignty or cultural heritage, just good solid Indiana Jones material there. But there’s more to Howard’s name than a daydreaming boy flipping through a National Geographic magazine; Carter the archaeologist is just one limb on a very tall family tree consisting of innumerable heroes and heroines who also carried the surname. Chief among this fictional lineage is John Carter of Mars created by Edgar Rice Burroughs, who influenced pretty much everything that came after it, including Buck Rogers, Flash Gordon, and an obscure little film called Star Wars. Thanks to the one-two punch of Howard and John, the name has been infused with such power that it appears in books and TV in many places from Randolph Carter in HP Lovecraft’s short stories to Agent Peggy Carter brilliantly portrayed by Haley Atwell in the Agent Carter TV series.

Because my story was purpose-built to harken back to an earlier brand of “Gee whizz!” raygun science fiction and I wanted to send my readers tromping through the sacred cow pastures of pop culture, I wanted that touchstone. When you have a single name that ties to everyone from Buck Rogers to Luke Skywalker, how can you pass that up?

When you’re naming characters, I think any writer put that kind of thought into the main character. Whether it’s the wonderfully redundant Hiro Protagonist in Neal Stephenson’s Snow Crash or the so-innocent-she’s-practically-inert Hero, daughter of Leonato in Shakespeare’s Much Ado About Nothing, the thought that underlies your character’s name shouldn’t be any less than the thought that underlies the creation of the character itself. And the name should somehow underpin the story itself even if it doesn’t goad the plot into motion as I have done.

In real life, we talk about something called nominative determinism, which is more or less the idea that if you name your child “Lucifer” they’re going to lead a devilish life. This has been studied to death and there’s an astonishing amount of data on this, spawning countless arguments about whether any of it is true. Was the man named Law destined to be a judge because of his name or because he went to law school? Because fiction arises from the mythic meta-stories of our ancestors (who took nominative determinism very much to heart) you see a lot of purpose-built character names. From detective Sam Spade to Daffy Duck, in so many ways we name the thing and they become it.

Or at least we have to hope that they do or I wasted my time dreaming up Doctor Villainous Deeds, PhD. and he’s just too much fun to write about to let that go to waste.

Watch your step or you’ll need to change your shoes before we go back in the house. 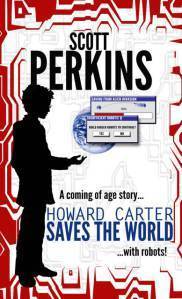 The Bio:
Scott Perkins was born and raised in rural Missouri, dreaming about turning his grandfather’s tractors into giant robots and reading and absorbing the sort of classic science fiction and fantasy that was a little bit ridiculous, and a whole lot hopeful about the potential of humankind. This book is the result of that youth among books, robots, and tractor exhaust fumes.Scott most assuredly is not a mad scientist living on a secret island fortress somewhere in the vicinity of Seattle, Washington with his wife and assorted feline lifeforms (which most assuredly do not have wings, though it’s not for lack of asking). As far as we know, he’s a writer, sculptor, and graphic designer who does an excellent job of pretending to be perfectly normal at all times…

ALL MY BLOG POSTS ARE FREE TO SHARE OR RE-BLOG SHOULD YOU SO WISH—BE MY GUEST!