The Calf At Foot Dairy

This is punk dairying - The Calf At Foot didn't throw the rule book out of the window, they never read it in the first place!

There's a lot of b******s written about the dairy industry - on both sides. On the one hand you have hysterical vegans telling us things like cows are 'forced' to become pregnant whilst lactating (you can't force a cow, she has to cycle in order to breed and you have to catch the right moment, end of story, and it's perfectly normal in a natural state for cows to lactate whilst pregnant; they breed every year and gestate for 9 months so it wouldn't be possible any other way) and on the other you have those entrenched in the industry saying calves have to be removed from their mothers for their 'own safety' (not true most of the time, cows are excellent mothers hence being so excellent as dairy animals - they produce plenty and don't mind sharing, they are naturally 'allosucklers' which means sharing young. Ever wondered why they have 4 teats for one calf? ;) )

I like to think I have a good broad view of it all, as I am an outsider in that I don't have a dairy farm, yet I am an insider because I work on farms and socialise within the industry and on top of that, I see it all from 500 cow 'superdairies' that are kept indoors 24/7 to my own housecows for personal use. In my view therefore the truth is, of course, somewhere in the middle of these two.

When my friend who runs The Calf at Foot Dairy said she needed a break I jumped at the chance to work in a different kind of dairy to the one I am used to for a while. I miss my housecows and the creamy raw milk they produced & of course, some of the things that go on in an effort for family farms to survive in an age when milk is worth less than bottled water don't sit well with me. Even if I have sympathy for why they have to happen. I believe in leading from the front though: I'm not going to stand behind dairy farmers beating them over the head with my ethics stick if there's no sensible, proven alternative for them to take and nobody is willing to help or support them in taking it.

That's why The CAFD is so interesting to me - Fiona has put her neck on the line and created a business selling the kind of milk I have absolutely no qualms about drinking.

It's free of all concerns about the animals eating annual crops or human quality feed. They eat no grain, only grass and alfalfa pellets and oat chaff as a supplement in the hard times. Oat chaff is a byproduct of oats, which humans will eat anyway, and alfalfa is a leafy plant that generates it's own nitrogen which is grown on a 5yr rotation so 5times less ploughing than maize and no nitrogen applications unlike wheat, barley etc. It can also be grown in this country and will be GMfree, unlike soya.

It's free of any concern over removing a mother from her baby - CAFD cows keep their calves, they are separated for 12hrs maximum at a time and always remain within sight of them. The calves feed entirely from their mothers and never go without as the timing of separation is carefully considered.

The cows are not even restrained for milking.

"Who's next?" I ask when taking on the milking.
"Kitty." Comes the reply.
"Which number is Kitty?" I ask.
"Oh I don't know numbers" Fiona replies impatiently "Just call her name, she'll come!"

So this is what I do, and sure enough Kitty comes out of the yard and walks quite happily up to the feed trough for her food and milking. The same then happens for Plum, and Dotty and Primrose. You could argue they only come for the alfalfa pellets; except they are fed the same thing twice a day outside too, along with free access to abundant good hay, so the draw must be minimal and the horrors of being milked comparitively minimal...

And the resultant milk tastes like ice cream. Each teat is taste tested before going in the machine, so I know. The slightest taste imperfection results in dumped milk. The bottling facilities are pristine and the machinewashing regime the most thorough I have come across. It's not just a good experience for the cows though, the whole operation is housed in a traditional suffolk barn: customers can turn up anytime throughout the day and see their milk being produced while they sit and chat, admire the view, help with mucking out or have a cup of tea on the quirky old sofa provided. This kind of setting makes milk special again, more akin to the more exciting 'streetfood' that is doing so well now.

Yes, it's £2.50/litre but I can assure you you have absolute peace of mind on so many levels for that. 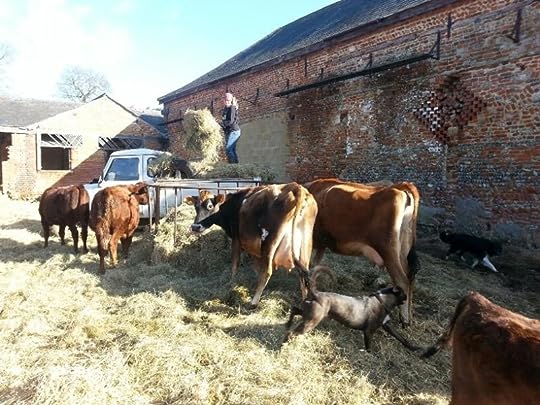 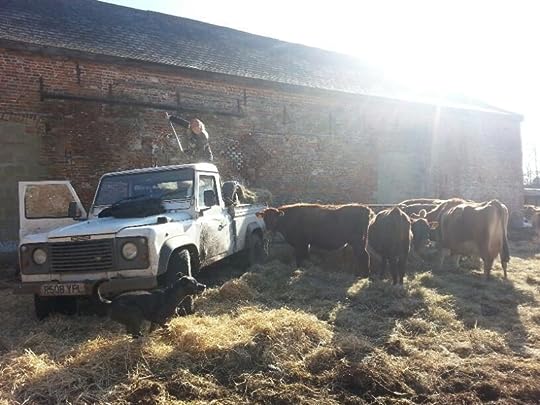 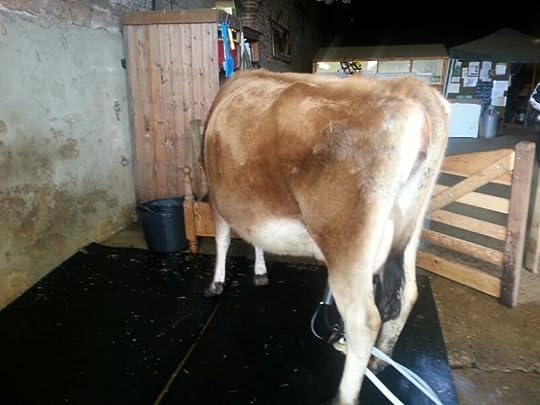 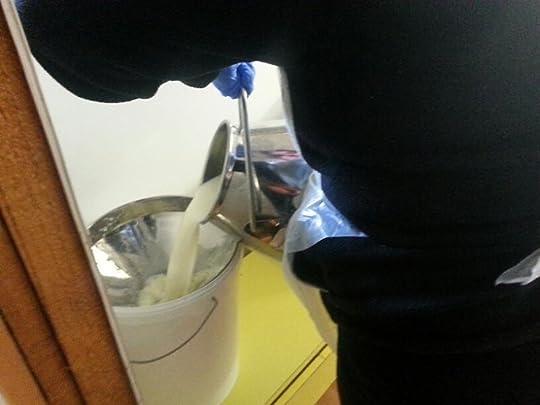 The most varied and least read blog on the internet!

Write ups of my mental and physical journeys around mankind's relationships with our hoofed friends - also stuff about my peasant life in general;

The most varied and least read blog on the internet!

Write ups of my mental and physical journeys around mankind's relationships with our hoofed friends - also stuff about my peasant life in general; waging a war on plastic, binning the linear economy, lowering my impact and so on....