if we truly care about children... Old Type Writer: WHO WOULDA THUNK IT?...

Publisher Rick fired off an e-mail to "Homeward Angle" Susie inquiring where I might have gotten to, after this deplorably lengthy "Climate Change" winter of my discontent. My reply lies herein:

Incredibly, John Lennon and I have much in common…"all I am saying is give peace a chance!" I'm totally convinced that the aforementioned 60s rock star finally transitioned into a Beatle whom I honestly could love once he hooked up with Yoko Ono whose flower-child-ism enhanced his psyche. (Incidentally, had Yoko instead married Sonny Bono we would have addressed her as Yoko Ono Bono!) Due to her influence, Lennon composed a wonderful lyric cataloguing all of the "-isms" for his supposedly radical peace-nik tune, hinting at racism and sexism for starters, only one of which I've endured since birth. As of late, I am concerned conscientiously with species-ism which I consider the root of all evil…and now age-ism which is insufferable. Sure, it's difficult to walk. Wrinkles and liver spots are no fun. Death lurks just around the corner. But the true horrors reside in Letterman considering retirement while youthful audiences flock to the Jimmy Fallon Tonight Show as well as the fact that half of the SNL skits presently soar right over my puzzled, time-warped grey head. 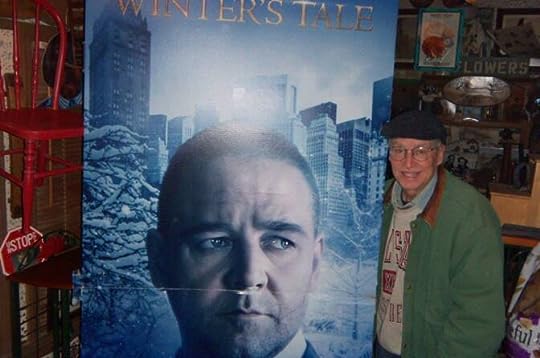 I admit that "writer's-block-ism" slithered into my mind and numbed my senses once "cabin-fever-ism" (plus a month's duration of swine-flu-like symptoms!) insinuated itself into our midst, surreptitiously shoving Don and me into our recliners for marathons of DVD perusal throughout the 2014 "Silent Snow, Secret Snow"-ish (A creepy short story by Conrad Aiken. Read more about it!) Ice Age revisited! The disconcerting event, henceforward to be referred to as the Wintry Pile-up of Arctic Snows (WPAS), blocked all possible exiting from our home unless under extreme force or suffocating duress or catastrophic necessity, whichever came first. Our movie reviewing son's enthusiasm for the hottest cinematic releases kept us abreast of the latest must-see(s). Both "Captain" Hanks and a post-menopausal Redford nobly wrestled with filmic perilous sea adventures (actually preparing us for CNN's eventual relentless coverage of Flight 370, possibly lost yet perhaps periodically puckishly "pinging" in the vast, turbulent and maybe even bottomless Indian Ocean); the "American Hustle" gang bored Don while captivating me, and our most recent viewing involved a depressing telecast of 2011's "Contagion" which convincingly reminded us that deja-vu swine flu plagues and epidemics (now killing pigs and piglets bred for slaughter and medical experiments in our Hoosier state and 26 others) indeed could depopulate the planet! Oh, and our disposition toward "Twelve Years a Slave" got stymied, prior to our settling down to watch, by some comedian's statement that the film depicted his first marriage? 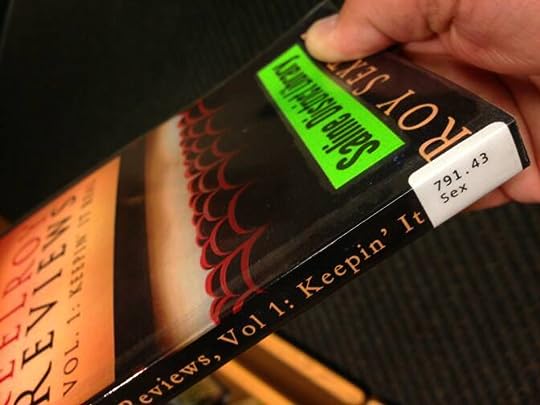 Never fear. Impersonating a doddering elderly un-hip couple of "seniors" we recently evacuated the premises, ignoring the noticeable damage from the ice-dam leaking into our 1935 coat closet which shouts out impending re-roofing $$$$$$$$$ signs each time we pass its warped, water-stained door which provokes us to consider a battery of other looming spring repairs to the old homestead. Our destination? Appropriately, "NOAH"! Charlton Heston, prior to his NRA officialdom, gave the world "The Ten Commandments", parted a Red Sea of Jell-O, and later won Hoosier author Lew Wallace's famed chariot race in "Ben-Hur: A Tale of the Christ". Victor Mature/Samson shed his awesome masculine strength when hair-stylist Delilah/Susan Hayward (or was that inventor/sexpot actress Hedy Lamarr who BTW is part of the reason I can even type and SEND this column via cyberspace?) trimmed his tresses. Burly Russell Crowe, whom I totally could enjoy while simply watching his beefy hands screw in a light bulb, fashioned a behemoth-ark, gathered digitalized sentient beings, and played fast and loose with the original Biblical Spin which in and of itself is a pretty far stretch--and nearly decided NOT to lend a hand in repopulating the planet after all. The "Original Sin", which we all got taught, involved -- in a very sexist fashion -- a rib-woman who succumbed to temptation via a…juicy apple? Highly recommended by a…talking serpent? Noah/Russell, a direct descendant of Eve's third son Seth (Who knew?), never explained how her "three sons", Cain and Abel and baby Seth, reproduced (an earnest question every Sunday School kid asks every mom whether we admit it or not) minus any evidence whatsoever of daughters-in-law inhabiting the unlikely paradise known as the Garden of Eden. 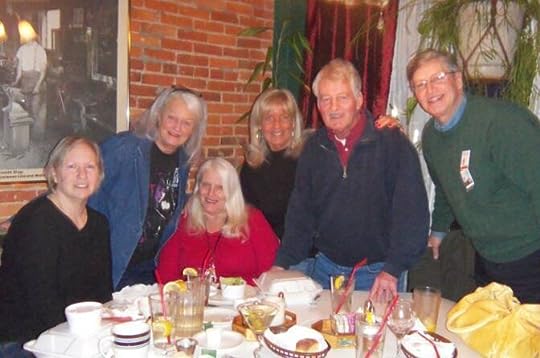 I realize that I may be read by some as irreverent. But hey, these BE… ATTITUDES which have been hard-won through scores of years spent attending religious films offered by Hollywood's dream machine as well as attempting to comprehend the often over-wrought Bible stories which genius composers/brothers George & Ira Gershwin characterized, in an operatic tune from "Porgy & Bess", as "(It) Ain't Necessarily So"! "To get into heaven…Don't snap for a seven! Live clean! Don't have no fault! Oh, I take that gospel…Whenever it's pos'ble, But with a grain of salt." 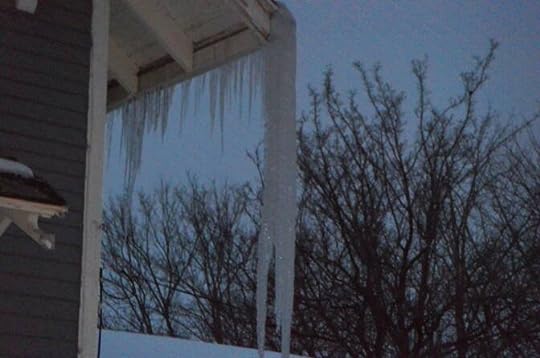 At any rate, a polar vortex seasonal bonus included reuniting with a couple of childhood friends from the old neighborhood in which I still live, even though normal people moved on and out and went forth! The normal people are: John Pugh and retired social worker Madeleine Jo Biddle…and I promised John I would write about him! Hi, John! John and "Jo", both an entire year older than I, and little Susie Q. spent many a day frequenting the homes of dear souls located in houses all around a couple of blocks in the Line Street/Chauncey Street vicinity. Among those wonderful folks, who shared their porches and whom we remember with collective fondness: Druggist Walt Meyers and his gracious always smiling wife Margaret, math and science teachers Joe and Irene Shull, optometrist Dr. Lon Sorey and his movie-starrish wife Beverly and their Dalmatian dog-child named George, and in a big house on the alley, Marie Bloom (maybe a sister to Walt Meyers when I stop to think about it) who always shared egg nog and divinity fudge with us kids on New Year's Day. 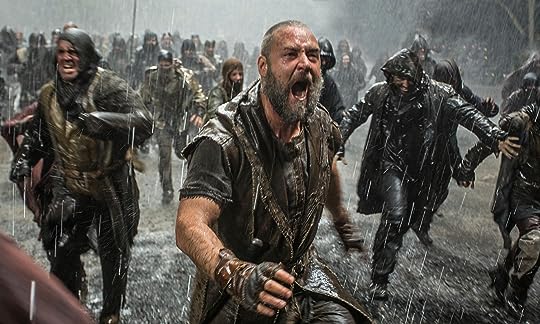 So, Rick, in a nutshell, thanks for jogging my memory about contributing a column featuring my winter doldrums and highlighting what mama bears do during hibernation. Just when I thought I finally either might accomplish some long over-due housework or indulge in a Rip Van Winkle nap, Mr. Kreps "pulled me back in" -- thus I also have a great deal in common with Michael Corleone/ Al Pacino! (Can you tell that I live and breathe MOVIES?) 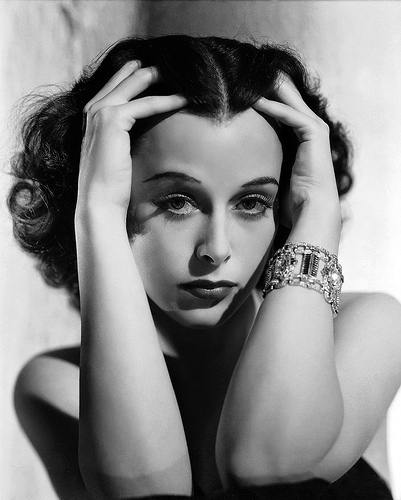 POSTSCRIPT: "Hedy Lamarr (November 1914 - January 2000) was an Austrian actress and inventor. Her most significant technological contribution was her co-invention, together with composer George Antheil, of an early technique for spread spectrum communications and frequency hopping which paved the way for today's wireless communications and which, upon its invention in 1941, was deemed so vital to national defense that government officials would not allow publication of its details." (-Wikipedia) 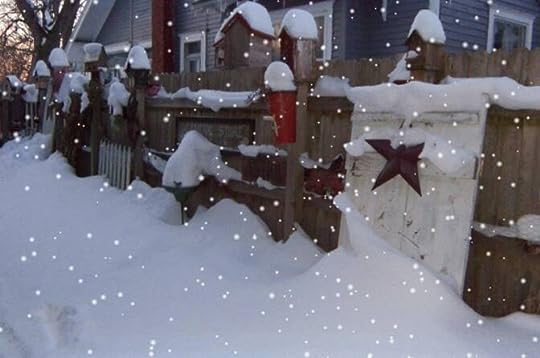 thanks for these comments!

Angie Choe: "Great article! Love the way she writes! If she thinks the way she writes then I have found a person that thinks more than I do! LOL! Her flow of writing is very sophisticated, and, Roy, I can tell where you got the movie reviewing from!"

B. Anne Giles Watson: "Again, thanks for sharing your awesome memories and great stories! Love reading them!"

Susan Alcott Jardine: "Oh, Susie. You never cease to captivate your readers with your wonderful prose, memories and charm. Thank you for sharing."

Jo Powers Biddle: "Well, I must say that names from my very distant memory just flashed before me. I have a quick story about Bev Sorey. I was inside my front door on Chauncey Street, brother Mike was standing out in the front yard when Bev, all 'movie-starrish,' walked by. I gave a loud wolf whistle and Bev turned to Mike with a slightly embarrassed but mostly appreciative smile. As soon as she got past the house, Mike charged up our front steps with every intention of killing me. I'm still laughing to this very day!"

Lucy Grant: "Ah heck. All this time I thought it was Hedley Lamarr [Harvey Korman's character in Blazing Saddles] who co-found those techniques!"

Tari Joyce: "My great friend Susie Sexton's blog, again is a realistic yet comical look into the creative mind of a wonderful & committed lover of all sentient beings, movies, and the simple life (not so simply stated). Edna Leedy & myself were fortunate to spend my birthday weekend having dinner with Susie, hubby Don & friends (we are captured in a picture within Susie's blog). My suggestion to you is to follow Fans of Susie Duncan Sexton, and, if you're a movie/entertainment lover, her son, Roy Sexton, has a great book, ReelRoyReviews as well...Both their blogs, ALWAYS INTERESTING & THOUGHT PROVOKING ... I GUARANTEE, CHECK THEM OUT and ENJOY !!" 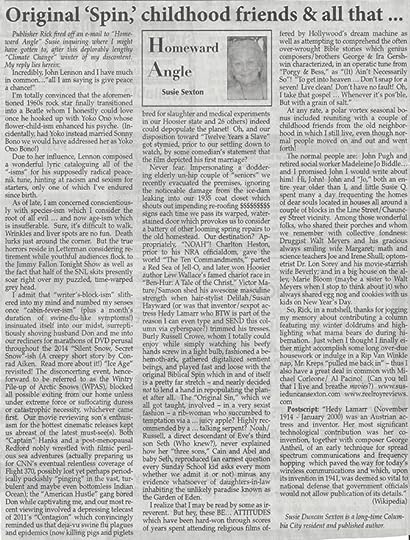 Read about movies and nostalgia, animal issues and sociopolitical concerns all discussed in my book Secrets of an Old Typewriter and its new follow-up Misunderstood Gargoyles and Overrated Angels - print and ebook versions of both are available (click the title to order from publisher Open Books' website). Also available in both formats at Amazon.com, or download from iTunes

Meet other like-minded souls at my facebook fan page

Join a great group of animal advocates Squawk Back: Helping animals when others can't ... Or Won't 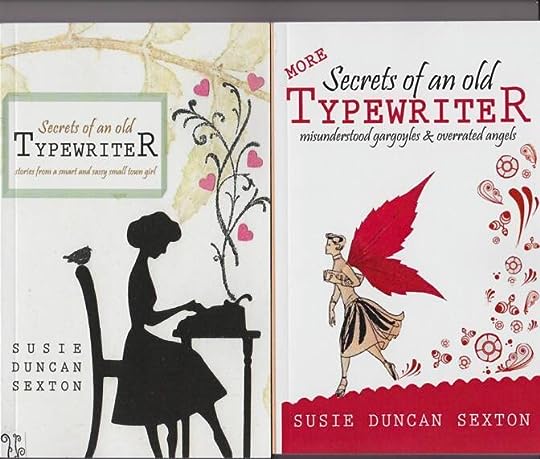