It's Magic: Light the candle, chant the spell, things might happen if you do it well...

It's like magic--you have arcane instructions to follow, and if you do the work, if you're lucky, if the stars are right, if you don't quit and don't give up and remember to read your e-mail, something wonderful might happen.

It's also like magic in that when things happen the results are often not exactly what you expected.

And then something happens.

In fact, several things happen all at once, usually when you're swamped by mundane things.

For instance, recently I was invited to have a gallery page over at Rainbow Ark! Check it out: http://www.myrainbowark.com/gallerywylddand.html The work there includes (among other things) a poem I wrote a while back for an anthology that never happened.

Then there's my one and only zombie story. I wrote it for a specific anthology and it was accepted! There was much rejoicing until I learned that the publisher had to bow out, leaving the anthology orphaned. The editors looked for a new publisher, but eventually, after more than a year since the last e-mail from the editors, I started sending the story out to other venues. In a thematically appropriate twist, the anthology rose from the dead and I had to wait for the story to be rejected to let it head back home again (same anthology and editors, new publisher).

Then, because two things at once is clearly not enough, my werewolf story in the anthology Tails of the Pack just came out in e-book formats. I had expected some warning of the anticipated publication date, but instead got an e-mail to say "Look! it's out!" Shortly after, I was interviewed here: http://patriciacorrell.blogspot.com/ (By now you have to scroll down a bit--I'm "Day 3" of the interviews.) 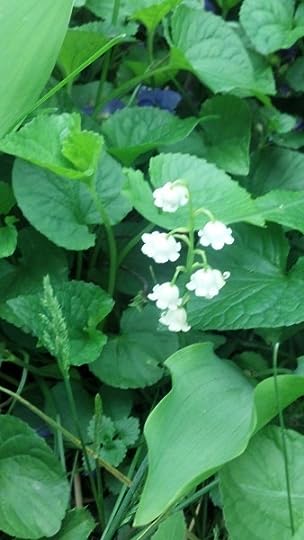