Aspiring Filmmaker Pursues Dreams, One Rental at a Time 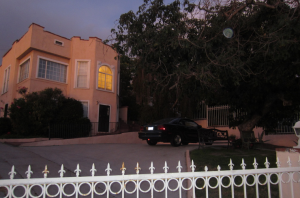 In 2009, prompted by a hard-hit real estate market and some promising entertainment connections, real estate consultant Kelvin Xuna left his gig in Miami to pursue his Hollywood dream.

After his TV pilot went unsold and subsequent writing jobs proved to be unprofitable, however, the Harvard Housing and Urbanization grad found himself in a financial bind: “I got to a point where I needed something to pay the rent.”

So what’s a cash-strapped film entrepreneur to do? He took an even bigger risk. “I leased the biggest place I could afford,” says the 30-year-old.

This was not the first time Kelvin has found himself in a money crunch. Back in high school, he moved into the basement of the 5- bedroom house his mother bought in the aftermath of his parents’ divorce. To make ends meet, they rented the four spare bedrooms to students from the University of Colorado at Boulder where Kelvin ultimately earned his undergraduate degree in architecture. “I helped out with everything,” he explains. “I showed and leased the rooms. Cut the grass in the summer, plowed the snow in the winter. Handled maintenance requests. I even evicted people.” 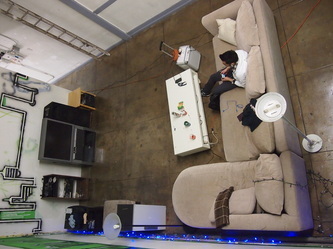 And so it was from a 3-bedroom duplex that Kelvin leased in 2010 that his business, ArtistHousing.com, was born. The struggling real estate market helped him score a deal leasing the property, which he furnished and quickly re-leased by the room to fellow artists for a profit. He did the same in the duplex next door. “My properties are more than just a bed and a roof,” he says. “They are environments conducive to the creative process and places for artists to collaborate and grow and become successful.”

Today, Kelvin plays the role of landlord to nearly 50 tenants across a growing number of properties in the Los Angeles area. He offers month-to-month leases on a variety of spaces that range from a shared bedroom ($400) to a warehouse loft space ($4,200). His rooms come furnished or non-furnished at no extra cost and share access to amenities that vary by property, but can include: home theater systems, backyard fire pits, hot tubs, production space and equipment, and free laundry facilities.

His unconventional formula has proven to be one of the few success stories to come out of the recent housing crisis. His choice to lease kept his startup costs low, while eliminating the risk of falling property values in a bearish housing market that has yet to fully recover. His strategic focus on LA’s large, yet often underserved community of starving artists has also been a huge factor in his success. “Paying the rent is no longer a problem,” say Kelvin. 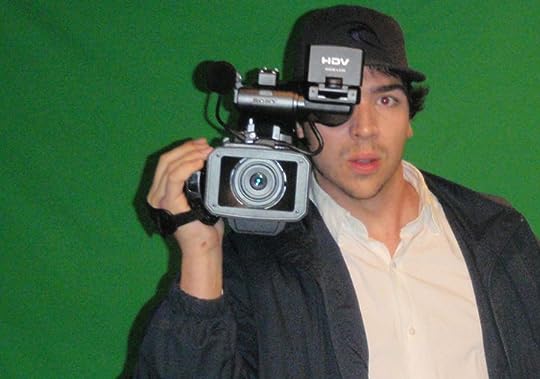 In spite of all his real estate success, Kelvin has not abandoned his Hollywood dream. He frequently collaborates with tenants on film and music projects. And his goal of building a four-story mixed use live-work artist space with studios, stages, and equipment is now within reach.

ArtistHousing.com serves two purposes for the aspiring filmmaker:  It pays the rent and it gives Kelvin the opportunity to work in a creative capacity with his growing network of artist-tenants.

Hollywood is full of starving artist roommate success stories. From Hackman and Hoffman to Sandler and Apatow to Damon and Affleck, success has proven time and again to foster success.

With a sweeter setup and a wider network, ArtistHousing.com just takes the established Hollywood roommate formula to the next level.

Fantastic! When I am done with my BFA, I am heading your way! :)