My story &quot;Visceral&quot; is live... "The Rift" is now live!

Microfictions to Come and New Influences 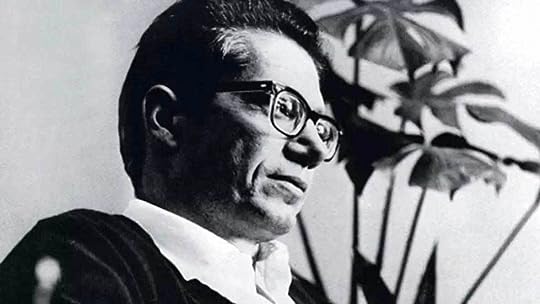 The pieces I had accepted at Microverses will be published in February 2nd and March 2nd respectively. Also, a new drabble I wrote entitled "The Rift" will be live at Black Hare Press soon. I'll link to these stories as they go live.

I recently was debating adding a new influence to my Goodreads profile. Dalton Trevisan is a Brazilian writer I've not been reading very long but I've hunted down a majority of his œuvre over the past ~2.5 years. My ability to create fictions in a shorter space than I ever thought I could I owe to my reading his work. Over his career Trevian's striven for concision in his prose. It's telling that Gregory Rabassa, translator of his one work into English, was unsure if his quote in an interview about evolving to telling stories in haikus was sincere or tongue-in-cheek at the time but proved serious in later work. Writing into his seventies, eighties, and nineties Trevisan's been able to get closer and closer to this idealized state than ever.

This is a longwinded way of saying much as a writer's craft seems to always evolve, so can that of a reader in terms of what they respond to or seek. When one is both a writer and reader, influence can always occur. One is never done. Sometimes it can seem like a weakness to admit being influenced as a writer, since as a young writer one's style and voice runs the risk of being crushed under the weight of the influence, but to stop seeking influence is also to cease growing, which cannot be allowed to happen. I've come to that realization and am glad that I can still find influence and still have my mind blown open wide to new possibilities by someone's point-of-view.

Published on January 23, 2021 10:21 • Tags: am-publishing, am-writing, dalton-trevisan, horror, influence, microfiction
No comments have been added yet.