COMING SOON! Murder At The Beaufort B... 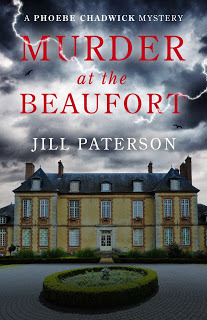 Murder At The Beaufort

Phoebe Chadwick’s life is about to change forever but not in the way she planned. After accepting Joanna Reid’s offer of a partnership in the Beaufort Boutique Hotel, she is looking forward to her new life in Shellcove. However, when she steps off the train in the seaside community, she is unprepared for the sudden reappearance in her life of her sister, Elizabeth, with the news that Joanna is dead.

Thrown into despair Phoebe refuses to accept Inspector Henshaw’s conclusion that Joanna took her own life. Suspecting murder and finding an ally in Olivia, the last surviving member of the Beaufort family, she embarks on a mission to find Joanna’s killer.