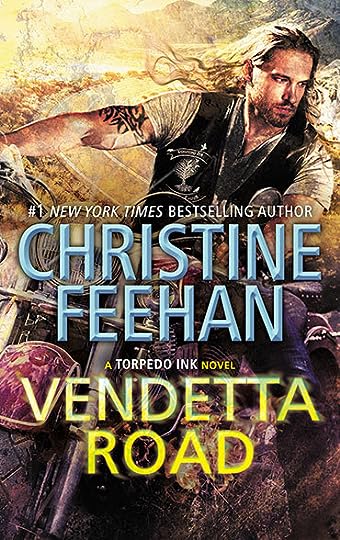 Isaak “Ice” Koval has an answer for everything. Need therapy but don’t want to go talk to a therapist? Just Google what to do (Judgment Road), right? What could go wrong? Fall in love with a woman and want to keep her around? Why the hell can’t you just make her stay? ( Vengeance Road). Ice has given some of the most controversial advice to his brothers, certain things would just work out. Alas, none of his relationship advice has turned out the way he thought. Now, he’s found a woman he’d like to have for himself. Taking his own advice really shouldn’t work, but with a woman like Soleil he’s met his match and may not be the one with the upper hand. So, yes, there’s some humor in Vendetta Road. 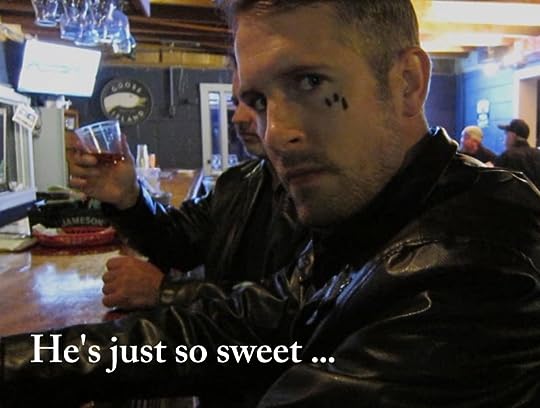 
Soleil was a woman of wealth, adventure and loneliness. When she realized she had a target on her back she had nothing to lose. So, why not throw caution to the wind and follow your fantasy to the end? All she had to do was make sure she didn’t endanger poor, sweet, kind Ice, or any of his friends. 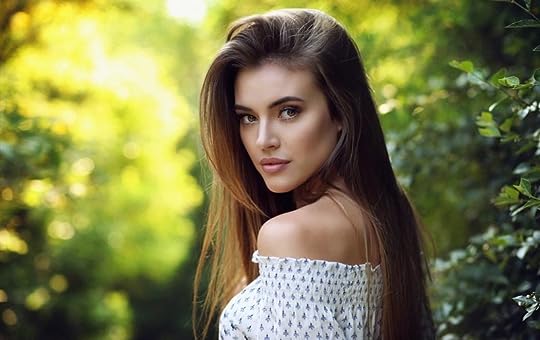 This couple was unexpectedly romantic and a perfect fit for each other.

Love at first sight, while on a mission, wasn’t anything Ice expected.


Her hair glowed in the sun so shiny it hurt his eyes. Dark, cascading down her back, it was thick and just wild enough to ruin that good-girl vibe she had going on. She shook her head at something the man said to her and started to turn away, back toward the street. The man, dressed in his impeccable suit grabbed her arm and jerked her back to him.

Ice felt it then. The glacier. That blue well deep inside him, glacier-cold, so cold it burned. Need was there—the need to kill. It was…overwhelming. It swept over him like a tidal wave, yet deep inside he was frozen. He took a step toward the edge of the sidewalk. Cars rushed by but he hardly noticed them. Time had tunneled. Pulled him into a cold, dark place he was all too familiar with. – Excerpt Vendetta Road (Read the entire first chapter HERE)

Torpedo Ink, a motorcycle club made up of survivors, assassins abused as children now trying to find a way to live in modern society, Vendetta Road has its turn with intense drama and difficult situations. But, it’s also a story of brotherhood and family. Ice has struggled with his existence and his brothers and sisters, are afraid for him. Soleil is as much an answer to the club’s prayers as it is to Ice’s. And they have no problem helping things along.

I love how the story highlights the relationships between the members and offers insight to how they feel about each other. It’s a story of redemption and hope. It’s a unique love story. I hope you enjoy it.

When I ask people why they liked a certain book, their answers are as unique as they are. Don't you love that? This series has so much and I know I won't be able to put Ice's story down once it's in my hands! When I need a warm pick-me-up I reach for A Drake Sisters novel or a SOTH and re-read them along with the Torpedo Ink's. People I have gifted your books to say the same thing-- I'll read it again! So much in them to absorb, so much to love about them! Thank you.

Carol, I would have to agree with you.
I have all Christine’s books from all series, and have enjoyed them again and again.
The thing that surprises me the most is I never tire of reading them either . I get lost in the story, again and again.
Don’t do that with many other books I read, read them once and that is it. Maybe the other I would read like that is Reacher’s books.
So cute and a big strong tough guy. 😉💁🏻

Ann wrote: "Carol, I would have to agree with you.
I have all Christine’s books from all series, and have enjoyed them again and again.
The thing that surprises me the most is I never tire of reading them eith..."

You mean like Jack Reacher? I have to admit I haven't read any, but my daughter-in-law is a huge fan! I will definitely pick up one...Love those cute big strong tough rogue warrior types. Saw "Shadow Game" in Walmart this morning< it's on my kindle but I had to have the book too.. I am sort of funny that way-love books. Have a warm safe day! I plan on reading as the snow comes down :)

while i love all of the series carpithians are my favorite. each story makes you feel as if your one of them. i would so love to see it become a movie or television show i would be glued to my chair. I do find that the shadow series is getting stronger with each book.

I too own every book. I can't really place a favorite series because when I want to reread a series (sometimes it's an all nightery), it depends the mood I'm in. Lately I have been rereading the Torpedo Ink and the Shadow series. It seems I have a need to read about our "heroes" eliminating the bad guys and triumph over the evil in this world. I am amazed at the plots and twists in each stories. I like both because each series is the complete opposite of the hero spectrum (one side a motorcycle club and the other multi-millionaires), but they stand with their families and get the job done.

I love Christine Feehan books. I own every book and enjoy each series. She takes scary, ruff, dangeous men and show their protectness, love and devotion to their wives, partners and family units.

This is the first series I've read by Christine feehan, I accidentally found them as I'm a bit of a biker junkie when I have a naughty romance moment, but I'm so glad I did find them I'm so addicted to this series,ok I'm one of those readers who gets totally involved with the characters and have already personally chosen which book I want her to write next but I can live with it going another way 😁🙄