Don Quixote vs. science fiction The secret to decluttering your house... 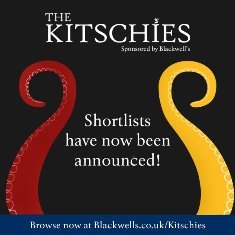 Semiosis has been nominated for the Kitschies Golden Tentacle Award. I am honored — and awed by the other nominees. Perhaps it will impress the judges that the cover art of my book features genuine tentacles.

The Kitschies, a British award, describes itself as a way to reward “the year’s most progressive, intelligent and entertaining fiction that contain elements of the speculative or fantastic.” The Golden Tentacle Award is for debut authors, and the full list of nominees are:

The winners will be announced at an awards ceremony in London on April 15.
View more on Sue Burke's website »
Like  •  0 comments  •  flag