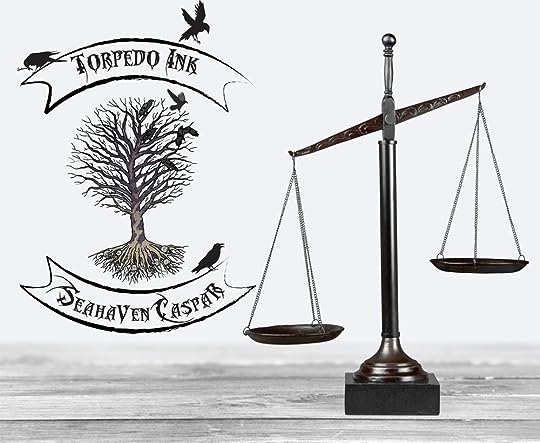 Like all good heroes and heroines it’s important to know they have a code and that they stick by it. Torpedo Ink’s members certainly have a code and I wanted to look at that code and how they use that to extract justice.

All of the Torpedo Ink books are paranormal romance. Each book has had an element of the paranormal in it. Some stories will require more paranormal elements than others. I enjoy writing paranormal for a lot of reasons, one being that I have greater flexibility with the characters, their situations and their behavior.

With my Leopard Series it’s obvious these people can’t be compared to normal humans as far as their needs and behavior goes. Shapeshifters, in my world, are a blend of both animal and human. Readers understand this and are more tolerable to certain behaviors as long as they follow the traits of the animal. I compare my Torpedo Ink members with them to an extent. And, I hope readers realize the members of the club can’t be compared with normal humans any more than the Leopard shapeshifter characters. 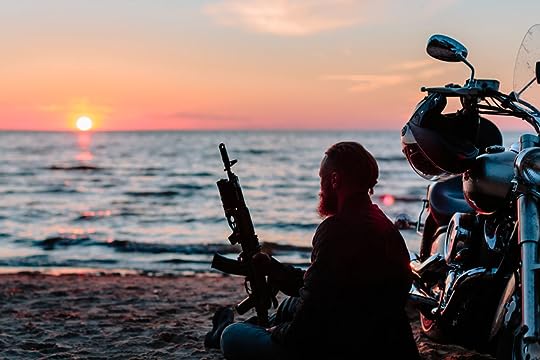 Each member of Torpedo Ink share experiences that changed them to such a degree that they developed certain “gifts” to help them survive. As children they watched their parents be murdered and then they were taken away to a facility to be sexually abused. Those who survived the abuse were expected to become assassins and take the lives of other people on command. Being forced to take another person’s life is itself abuse. It would change you. Add to that that they were among other children, over 200, and watched them die. Watched abuse kill them. Watched illness and injury kill them. Watched that way of life kill them. They were trained to do unspeakable things. If they didn’t comply they would be punished, or worse, someone they loved would be. A sibling. A friend.
287 children were brought into that training facility and abused. Only 18 survived. What was it about these 18 that allowed them to live when so many others died? Not only did they live, but they strategized, began killing their trainers, and escaped their fate.

Traumatized. Without guidance from adults who would care for them. Not being taught how to act in society unless it was tied to an assignment they were given. They were human beings, but not human in the sense most people understand. 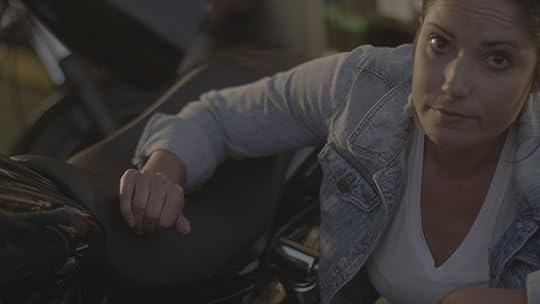 These are intelligent people without normal societal social skills. People who knew right from wrong and who wanted freedom and they wanted justice. They wanted the things life had initially denied them. But, they realized that all those years of constant trauma had changed them to the extent they could never live in normal society. Together, they knew they could survive. Together, they were family. Together, they had purpose which was to find a way to live free and to stop anyone who would harm the innocent.

After escaping the training facility they went on the hunt to stop the man behind it all. In order to do this, they had to pretend to be part of a motorcycle club. Once they took care of what they’d set out to do they found the MC life fit them. They were, in their own way, outlaws. Unfit for normal society. They had their own code and set of rules. The bikes gave them a sense of freedom. There was structure. And behavior expectations from society for an MC was to their advantage. People would be wary. They would have a certain level of fear inherently. They would be careful of how they interacted with them. 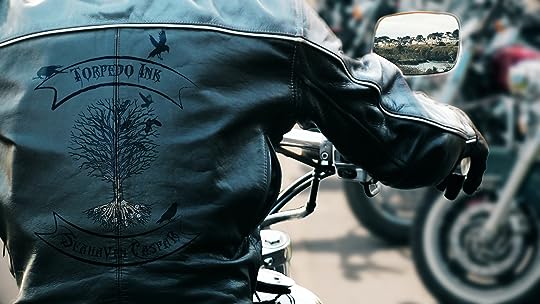 An MC is male-dominant. That is a fact. Torpedo Ink has two female members who are fully patched, which is not how most MCs work. As a matter of fact, it’s very rare. Other than Lana and Alena though, women are treated primarily as accessories. That’s the life. If you don’t like it, don’t enter it. The important thing is to follow rules. That said, Torpedo Ink still treats women with respect within the boundaries and expectations set within that society. They do not allow women to be abused. They would never tolerate rape.

Torpedo Ink’s personal mission is to stop abusers, especially pedophiles. They have their own brand of justice. Their own ideas of acceptable punishment. They stop others from doing to children what was once done to them and in doing so; they have their justice over and over again.

These are people who will always suffer from PTSD. There is no cure for them. They won’t be magically healed. There will always reside in them a level of violence. Always. It’s how they use that violence that offers them redemption. These people are damaged and broken. You can’t judge them according to normal human laws, behavior or societal expectations.
What they need and what they long for now is acceptance for who and what they are. They hope to find redemption for the things they were forced to do as children. They hope to find someone who will see how broken they are and love them anyway. Someone who could love a Torpedo Ink member would have to be special themselves in some way. They would need to accept difficult facts and challenging behaviors and needs.

Love and justice. Those things will always be part of a Torpedo Ink happy-ever-after. 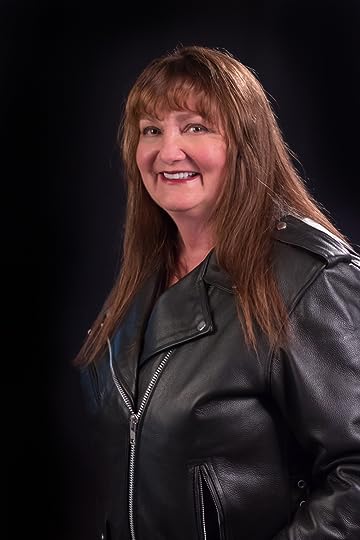 Always great to hear from Christine!

Love the all books great reads. Always to hear from you much peace and happiness.

Love your torpedo ink series and your game series. I would very much like to read a torpedo ink with either of the two Lana or Alena as the character who finds someone who will accept her like she is. What a challenge!

This is a wonderful, and spot on explanation of the members of Torpedo Ink, and the lifestyle that works for them.

This encapsulates the heart of the Torpedo Ink world and the unique and intriguing characters who bring so much gravitas to the story.

So glad you put Lana and Alena in the MC. I can't imagine it without them. Love the series and truthfully, I wasn't a paranormal fan until I discovered your books--you had me at, "If they were going to get out of this alive, they were going to have to be ghosts. Viktor, "Czar" Prakenskii faced his men and their disapproving faces." The beginning of "Bound Together" the very first book I discovered of yours, I have since burned through, well, A lot of them, all the Drake sisters and all the SOTH and so many Carpathians and Leopards...each one is an adventure! Thank you!

I just finished Vengeance Road and loved it very much. I eagerly await the next episode. In fact I love all the books and series you write. Thank you for writing the books many love.

I am in awe of the strength of will it took for these children to survive. I adore this series and can't wait for the next!

I sure would love to know when the next book in the series will become available. I know Christine is very busy writting other installments to her other on going series and I am being inpatient, but I just love reading the new series. It is so very realistic and I can hardly wait for the next book. I have just reread her Dark series and the the Drake series and am glad that the Shadow series an had another release but it will last so long and then I will need another Christine Feehan fix.

Dawn Cross wrote: "I sure would love to know when the next book in the series will become available. I know Christine is very busy writing other installments to her other on going series and I am being inpatient, bu..." Hi Dawn, Dark Illusion is the next book release on Sept. 4th, I believe. Each of the 5 series currently have a book a year and each new one comes out roughly "same time, next year". Christine's website is great for title and release date, book trailers, book lists, etc. The next Torpedo Ink is Vendetta Road. It is Ice's story and release is likely January 2020.

Thank you Cynthia for answering my post. I had look on Christine's website, but didn't see the release date. I have read most of Christine's stories with exception of Ghost Walker series. I'm a big fan of her writtings!

Absolutely love Torpedo Ink.. Yes there are triggers.. and the storyline is dark, ugly but their is also love, family, brothers and sisters. Their connection is thicker than blood because of their back ground. I have enjoyed the first four books. These stories are intense, filled with angst with lots of dirty, raw sex. You have to read these stories with an open mind and you will not find another series like Torpedo Ink. We see the ugly brutal side of things but their is also beauty, forgiveness and living free. Happy Reading!