In our era of #metoo, Black Lives Matter and trans rights, it’s exhilarating to see maligned or ignored historical figures step into a limelight, newly switched on. Whom we choose to remember depends on who’s doing the remembering, after all, and nowadays we recognize how constructed and contingent historical narratives always were. Even why a particular memory lingers is subject to intense revision based on current curiosities. 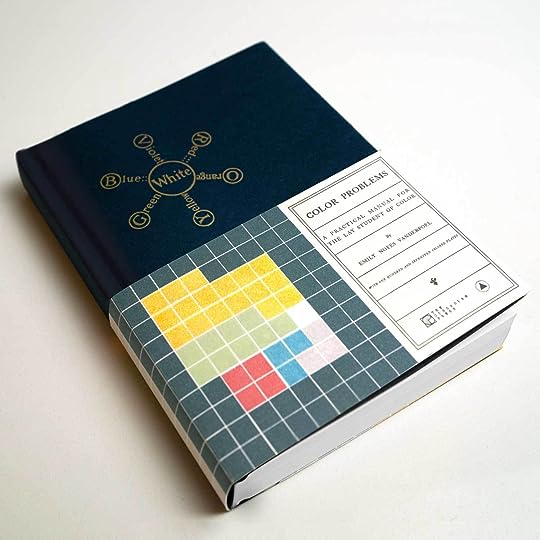 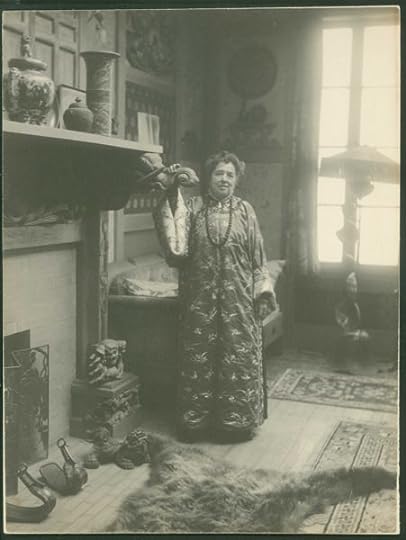 A Rediscovered Survey on Color

Enter Emily Noyes Vanderpoel, a 19th century artist, art collector, scholar, and historian whose book Color Problems: A Practical Manual for the Lay Student of Color recently galvanized a group of cross-disciplinary creatives to re-issue it – and, with that re-issuance, to re-evaluate the history of color theory. Their Kickstarter reached funding with a lightning quickness and has recently tacked on a stretch goal; the campaign ends on Saturday, July 28.

As its sponsors describe it, Color Problems now appears to modern readers to “stumble upon midcentury design and minimalism decades prior to those movements.” Published in 1901, Color Problems is a multi-faceted work, difficult to summarize.

It surveys the scientific underpinnings of color vision and tenets of color theory, while providing something considerably less common at the time: an approachable digest suitable for self-study. Alan Bruton, associate professor of design and architecture at the University of Houston, wrote the book’s introduction after years spent studying Vanderpoel.

Bruton describes Color Problems as “a cogent and succinct survey meant to alleviate the need for a busy artisan or layperson to go to the library to sort through the many volumes [of previous color theorists] themselves.” Training once reserved for fine artists could now speak to anyone. 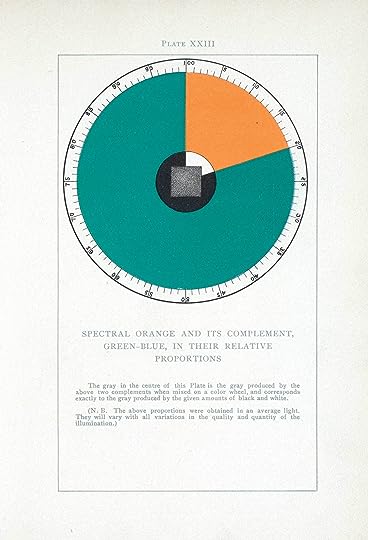 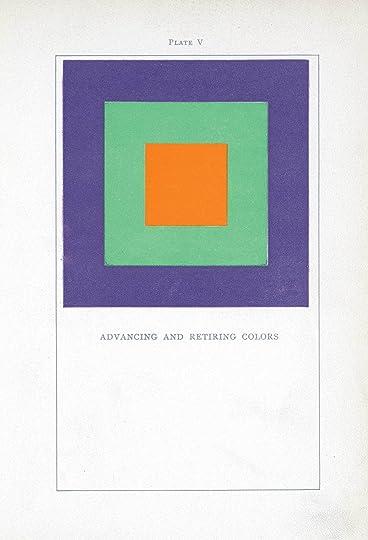 A Cornerstone for Color

According to Bruton, Vanderpoel’s distillation served as a cornerstone that later color theorists built upon – synthesizing original texts by Goethe, Runge, Chevreul, Bezold and Rood into further distillations by Reitveld, Van Doesberg, Mondrian, Klee, Gropius as well as Itten and Albers, the two figures responsible for the Bauhaus curriculum modern color theory is based on. Vanderpoel’s book was “widely distributed to public and institutional university libraries,” writes Bruton in an emailed interview. “It would not have been strange for [other color theorists] to have seen it, especially Albers in his time at Yale. The Milton Bradley color device illustrated on Plate XXVII, I will show is a direct link between the work of Vanderpoel and Albers.”

Beyond straight color theory, Vanderpoel’s book offers something richer that we moderns value more than male Victorians: a comfort with synthesis, subjectivity and collective authority. In addition to the standard color plates, Color Problems includes a section called “Historic Color” in which Vanderpoel creates a mesmerizing series of gridded color studies of art objects and furniture she’d collected. Her contemporary readers felt this was a suitably domestic and therefore lady-like way to approach the rigorous male abstractions of color. 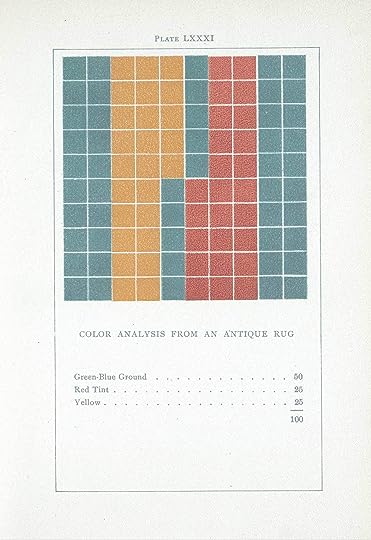 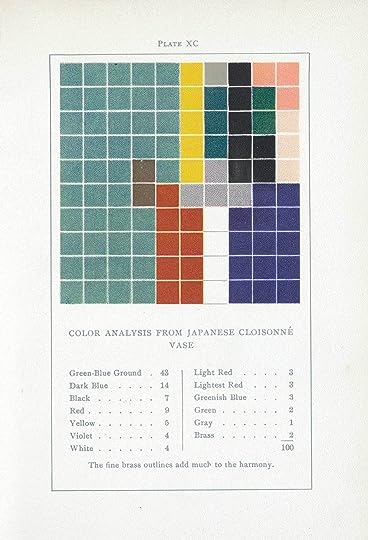 Bruton describes these series as “gridded abstractions that remove color from the form of the object observed, in a quantified and qualified manner that retains the necessary color adjacencies. These works are, of course, interpretations. While they have a rigorous prescribed method, somewhat mechanical (I believe related to her understanding of photography, and certainly to the technique of camera lucida), they also allow the human warmth and wit of the author.” Some grids are captioned with Vanderpoel’s casual observations, which give the grid an interesting tension: simultaneously abstracted and personalized, digital and human.

Vanderpoel supplements the studies with watercolor interpretations she termed “Color Notes”. While the gridded analyses focus on what Bruton calls “static objects of craft and manufacture”, nearly all the watercolors document changing landscapes, natural or peopled. These studies animate the idea of color, returning us to the seeing eye and drawing hand, to motion and real-time. Vanderpoel offers a visualized take on Goethe’s color-experiments, in which he sketches, in words, impressions of color playing over a fish’s iridescent gills, or how twilight distorts his impression of an approaching girl. Vanderpoel’s live impressions of color even gave rise to a Twitterbot, @emilyvanderbot. 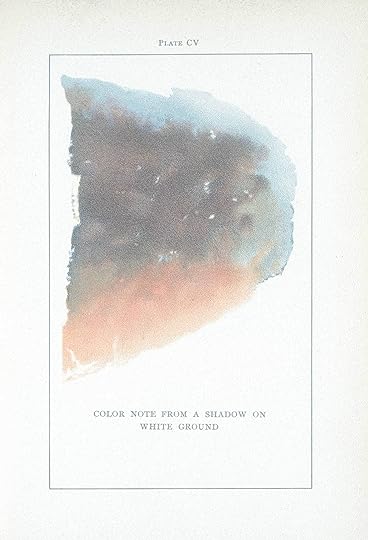 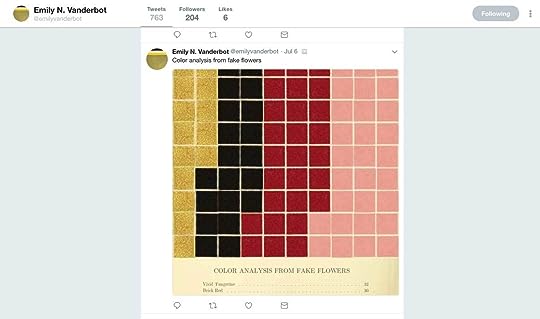 Color Problems evokes the uncaged, aloof quality of color that I was after in my book ROY G. BIV: An Exceedingly Surprising Book About Color. Like Vanderpoel and her recent resurrectors, I’m thrilled by color’s ubiquity – how it’s simultaneously knowable in a scientific sense and subjectively live. Like historical narrative itself, color reveals how meaning only partially embeds in the “facts”. Meaning is also very much present in the personalities who filter it.

And what kind of personality was Emily Noyes Vanderpoel? Bruton quotes a 1970s-era researcher who remarked: “’She was inclined to be something of a tartar, but she knows what she was doing.’ Tartar in this sense meaning…domineering, bossy, overbearing.” (“Tartar” didn’t make the Telegraph’s list of derogatory words reserved for older women, although it could.) A daughter of the American Revolution, Vanderpoel valued traditional “women’s work” as a backbone of domestic life. A New England Congregationalist who switched to her husband’s more progressive Presbyterian church, Bruton sees “the rigor of her gridded analysis method and the determined seriality of her production” as speaking of an industrious nature, a love of handiwork, faith in science and in the progressive march of society. 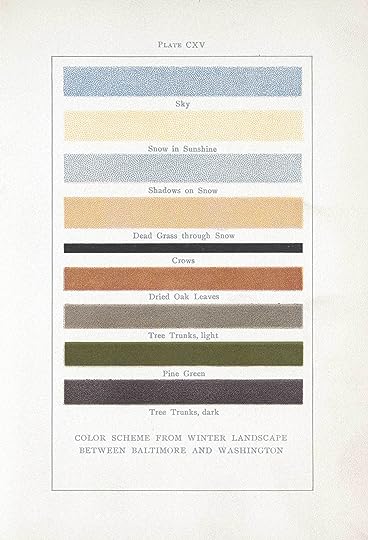 Started As an Ember

The project to re-issue Color Problems bears its own 21st-century hallmarks. A record label owner (Caleb Braaten, who runs Sacred Bones Records) called up his printmaker / publisher friend (Keegan Cooke, who runs Circadian Press), later drawing in a project manager (Carrie Schaff, who now heads the publishing arm of Sacred Bones Records). Schaff describes the project’s genesis as a spark that passed, smoldering, between creative collaborators, then flared: “Caleb hired me as a full-time books manager, we secured distribution through Ingram, and Keegan was able to access the top-quality scanners at NYU to make the PDF,” Schaff recalls. “It seemed like the perfect time to launch this book project.”

The project reflects the stamp of both Sacred Bones’ and Circadian Press’ projects – what Schaff describes as “passion, obsession…and counter-cultural interests” – as well as a broader historical signature you might call ‘now’: a keenness to remix history and unearth forgotten treasures, and prove how illusory, how partial the Internet’s totalizing knowledge actually is. 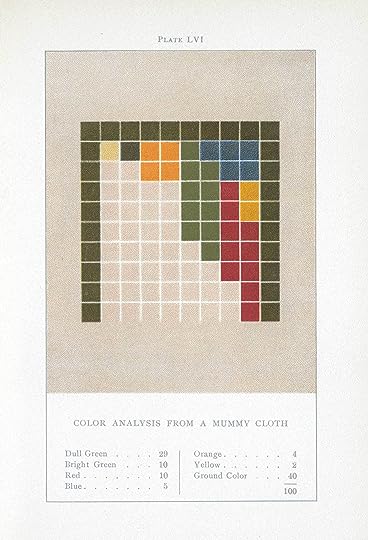 A Reference with a New Life

Keegan Cooke’s summation of Color Problems is hard to beat. “I think it’s a fascinating example of out-of-time wonder,” he writes via email. “We often re-interpret and recontextualize works like this based on our own frame of reference. Sadly, that often comes at the expense of the person who created it… I was just hoping to give credit where credit is due, but in a way that preserves a bit of the mystery and wonder that comes along with a century of human experience.

“This is a scientific manual that we are able to see as modern art,” Cooke continues. “It’s unclear that Emily could have ever seen it in the same manner, but it’s a wonderful thing to ponder.” Capturing colored light and vanished impressions from a bygone era; hearing the thoughts buzzing inside a woman’s patiently bended head; revealing the palimpsest layers of color theory’s history; training the eye to see the old inside the new, the new inside the old —  those are indeed all wonderful things to ponder.