Today I have the honor of hosting an interview with the brilliant fantasy author Kay MacLeod. Heirs of Power is a compelling start to a promising series, with believable characters and a cleverly crafted fantasy world. 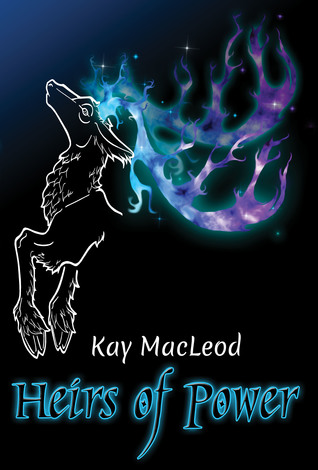 What is your writing Kryptonite?

Time. I never seem to have enough of it, no matter how well I plan or how little I sleep! I try to cram as much as I can into life and I could do with an extra four or five hours a day to write. I like to have a good chunk of time set aside because it sometimes takes a while for me to get into a flow with my writing- the longer I have the more productive I am by the end of it.

As a writer, what would you choose as your mascot/familiar/spirit animal?

My tuxedo cat, Kai, chose me. He likes to be involved when I’m at my keyboard, cuddling up on my arm and purring, he’s well behaved though- he doesn’t block the screen that often…
If I got to pick anything, I’d have a lap-sized red and black dragon. I adore dragons and it would be like a little hot water bottle! When you live in England you take whatever heat sources you can find.

I’ll class myself as successful when I earn as much from writing as I do in my full-time job now. If my work really takes off and people want to throw their money at me, that’s great, but I just want to be able to do what I love all day and have a job with real satisfaction and a sense of achievement

How do you select the names of your characters?

I’ve been told off for writing too much by instinct before, but that’s what it comes down to. I sometimes have a ‘work in progress’ name for a character but then I write a list of whatever pops into my head and pick my favourite when it’s time to settle on one. I think knowing my characters well helps me to get a feel for the sort of name they should have- Kitty is selfless and compassionate, Asher is brash and confident, Serena is reserved and elegant. I think they fit well anyway!

What is your favorite childhood book?

The first books I really remember reading and being sucked into were Brian Jacques Redwall series. I’d read a lot of books at school but until this I’d never realised how amazing stories could be, I went from your usual learning material to a world filled with adventure and excitement. Mice with swords fighting a giant snake- what more could a primary school child ask for?

I don’t follow any in particular, I pick my way across the internet, reading a wide range of articles and blogs. I think it’s so important to always be learning as an author, but just as vital not to get stuck into a pattern or try to do exactly what someone else has. Writing is such a creative process that there are few ‘rules’ that are true for every writer or story, you need to absorb as many ideas or techniques as you can but still let your own unique style come through.

Do you want each of your books to stand alone, or are you trying to build up connections within your work?

At the minute, I only have plans to write series, I don’t think I could leave characters alone after writing just a single book with them! The Constellation Saga will be four books long, but there are a few short stories I want to do involving these guys too.
My next big project is completely separate from it, but it will be the foundation for a much larger setting. I know it will be a huge challenge, but I want to set up something like Terry Pratchett’s Discworld series, with lots of different storylines about groups of people that live in the same world but maybe only cameo each other now and again. I’ve done quite a bit of planning but I want to get my first series finished before I move onto writing it.

What is your favorite writing snack or drink?

Tea! I think there’s more of it in my veins than blood. And I regularly have a box of drumstick squashies to nibble on, they are my favourite sweets ever. 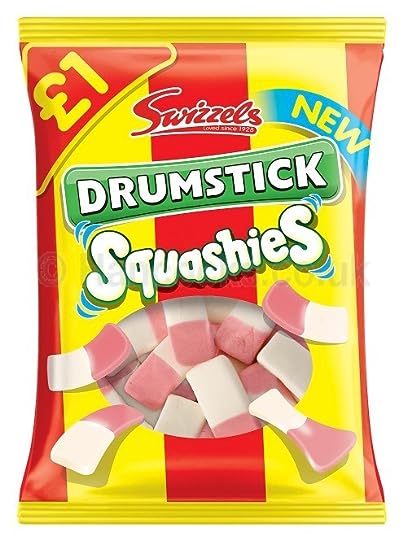 How do you deal with negative reviews?

I’ve only had one really bad one, and although it was a pretty horrible experience seeing it there, it was also a bit of a relief. Because I’d never had one I wasn’t sure how I would take it, so it was nice to know that it didn’t knock me too badly.
Before I released my book, I told myself that there’s nothing that everyone likes (confession- I’m not that keen on Harry Potter). I’m also very realistic in knowing my own strengths and weaknesses in my writing, so when things are pointed out I can either agree and know that I’m already working on those areas to improve, or see that it’s just a personal opinion. This way I won’t have a knee-jerk reaction and change something that works for ninety percent of my readers in response to one comment. The best way to deal with a negative review is by doing nothing.

Is there an author you would consider your role model, and why?

Probably not a role model, but I’ve been most inspired by Lindsay Buroker because she’s at the place I want to be. She’s released several series and works full-time as an indie author, it was when I read her Emperor’s Edge series and then found her website that I realised it was possible to be successful through self-publishing. It will be so awesome if there’s a new author saying this about me one day.

How many unfinished/unpublished works do you have, and what are your plans for them, if any?

I don’t like to start anything properly before I’ve finished what I’m working on, I don’t even read more than one book at once! I’m writing the second part of The Constellation Saga right now and I’m determined I will complete this series before I move onto the next. I’ve got loose plans for the project I was talking about earlier, with very rough outlines for six books with one group and then a spin-off with the main character’s cousin.
I’m constantly coming up with new ideas too, I have about fifteen little snippets and notes for things to think about in the future, they may go somewhere at some point. I intend to keep writing as long as I can, so I’m happy that I won’t be scraping around for inspiration for a long time!

Is there anything in your life that you would have done differently in order to prepare for your writing career better?

The only thing I’d say is that I wish I’d started earlier. I didn’t realise I’d enjoy it this much, it’s a shame that I missed out on years of writing time. There’s so much to learn and practice and figure out, maybe I wouldn’t have been as focused when I was younger though?

Do you find it difficult to write characters who are not of your gender/race/background?

I like to think I’m fairly empathetic, and I can always get away with ‘it’s fantasy, that’s how they act in my world’ if I need to ;) I try not to be overly bothered about gender or race and just see my characters as people that are individuals. It didn’t occur to me until after I’d finished Heirs of Power that most of the combat characters are women, which you don’t see very often.
I like giving diverse backgrounds to my characters too, I try to match them with their personalities so it feels like they act in certain ways because of their life experiences. It helps that Kitty, my POV character, is understanding and empathetic too, she likes to explore what makes people tick.

Does writing energize or exhaust you?

It really depends on what I’m writing. An intense emotional scene can leave me wrung out and in need of a break, the first time I killed a character I had to stop afterwards and recover. I don’t know how George R.R. Martin does it all the time- it’s probably why he takes so long to write each book.
But then there are the wonderful times when I’m just towed along with the action or banter and I lose track of time, forget to eat and realise I’m still in my pyjamas and it’s evening. So, I just keep going through the night too, you can’t deny the muse when it decides to show up!

Which of your characters do you identify with the most, and why?

This is funny because my friend, Lauren, was talking to me about this recently (she will love that I name-dropped her). She asked me if anything in my book was taken from real life or myself and I said ‘I don’t think so, maybe a bit of Kitty?’ and then she said ‘Really? I see a lot of you in Kitty and often when I’m reading Asher I laugh and can imagine you saying things.’
It took someone else to point it out to me, but I guess my two main characters both contain very different parts of myself. Kitty is who I try to be, brave and compassionate. Asher is the sarcastic streak that I strive to contain in everyday life, he gives me an outlet to put that snark into so that I only upset fictional people!

Many thanks to Kay for sharing her insight (and some laughter!) with us today - I love cats, too, and, like Kay, am not a big Harry Potter fan. My children and I adore the Redwall series (both the books and the very adorable animated show). And - of course - I am always on the look out for new snacks, even ones far across the pond.

Find Kay and her book online:

Thank you so much Ceci! I really enjoyed this interview, but now I'm craving some squashies :D

The Start of Something New

Yes, my daughter is watching High School Musical and due to a lack of imaginative ideas for a title, there we have it.