,
Discover new books on Goodreads
See if your friends have read any of Dan Egan's books 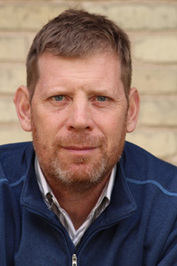 Twitter
danpatrickegan
Genre
Science
edit data
Dan Egan is a reporter at the Milwaukee Journal Sentinel. He has twice been a finalist for the Pulitzer Prize, and he has won the Alfred I. duPont–Columbia University Award, John B. Oakes Award, AAAS Kavli Science Journalism Award, and J. Anthony Lukas Work-in-Progress Award. A graduate of the Columbia Journalism School, he lives in Milwaukee with his wife and children.

· 8,343 ratings · 1,448 reviews · 5 distinct works • Similar authors
More books by Dan Egan…
Quotes by Dan Egan  (?)
Quotes are added by the Goodreads community and are not verified by Goodreads. (Learn more)
“A normal lake is knowable. A Great Lake can hold all the mysteries of an ocean, and then some.”
― Dan Egan, The Death and Life of the Great Lakes
tags: conservation, great-lakes, lakes, mystery, nature, water
3 likes
Like

“Roughly 97 percent of the globe’s water is saltwater. Of the 3 percent or so that is freshwater, most is locked up in the polar ice caps or trapped so far underground it is inaccessible. And of the sliver left over that exists as surface freshwater readily available for human use, about 20 percent of that—one out of every five gallons available on the planet—can be found in the Great Lakes.”
― Dan Egan, The Death and Life of the Great Lakes
3 likes
Like

“Some of the very same people who deny the reality of climate change being caused by our energy choices are the same people who say, ‘We want you to fix this,’ ” she said. “So on the one hand they say mankind is too small to impact Mother Nature—that forces of nature are much stronger than the impacts of man. Yet they somehow turn around and say, ‘OK, governments: put a plug in—engineer something, dredge something, dig out, blow up, modify.’ They don’t think man is too weak to engineer a fix, but they somehow say we’re not responsible for the cause.”
― Dan Egan, The Death and Life of the Great Lakes
1 likes
Like

Is this you? Let us know. If not, help out and invite Dan to Goodreads.