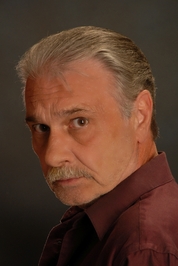 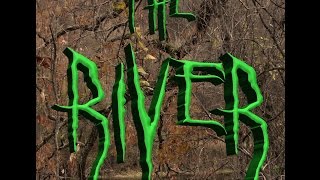 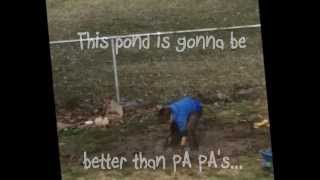 Pat Jones was born and raised in St. Louis, Missouri. His special interests include the science of paleoanthropology and archaeology.

Woodworking is one of his favorite hobbies, with special emphasis on the unique grains and textures of various species of trees. He and his wife, Sandy, thrive on designing and creating a flower garden of perennials, second to FACEBOOK FANPAGE:
http://www.facebook.com/thewolfsmoon1

Pat Jones was born and raised in St. Louis, Missouri. His special interests include the science of paleoanthropology and archaeology.

Woodworking is one of his favorite hobbies, with special emphasis on the unique grains and textures of various species of trees. He and his wife, Sandy, thrive on designing and creating a flower garden of perennials, second to none! Constantly evolving, the garden began as a way that he could surprise his wife on her birthday. The rest is history! The garden now spans one forth of an acre!

When their children graduated from school, the couple relocated to rural Missouri where they now reside with their four dogs. The love of the area, in combination with the uniqueness of the people, provided the impedance for "The Wolf's Moon".

The sequel is already in the works and proves to be yet another suspenseful page-turner! Pat believes that there is a story in everything. Everybody that he meets has their own special story; one simply has to take the time to listen. The story then writes itself.
...more 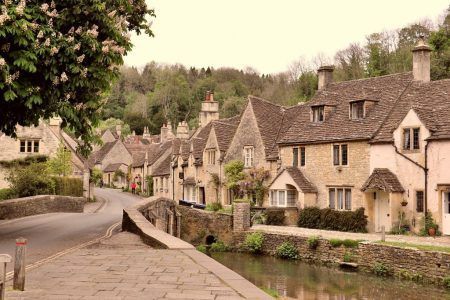 Originally posted on Nicholas C. Rossis: We’ve been watching a lot of Midsommer Murders and the likes with Electra over the years. From which we have concluded that few places are as dangerous as quaint English villages. Now, a hilarious article by Maureen Johnson on Crime Reads, explains just how dangerous they really are –…

via How to Avoid Getting Murdered in a Quaint English Vil

The Wolf's Moon (Mystery & Thrillers)
1 chapters   —   updated May 13, 2015 06:33PM
Description: The Wolf's Moon is an adventure thriller set in the heart of the Ozark Mountains of Missouri. This action-packed thriller tracks a mysterious beast, stalking the innocent people in the town of Maple Hills. The main character, Mark Lansdowne, relentlessly tracks the beast as it stalks the town, only to find out that it has been extinct for literally thousands of years. Mark Lansdowne's past provides an element of mystery in itself, enabling him to hunt as does the beast. A subtle romantic theme is woven throughout the adventure as Mark Lansdowne pursues the beast at his own peril.

“The only thing necessary for the triumph of evil is for good men to do nothing.”
― Edmund Burke
tags: evil
2779 likes

“Here's to the crazy ones. The misfits. The rebels. The troublemakers. The round pegs in the square holes. The ones who see things differently. They're not fond of rules. And they have no respect for the status quo. You can quote them, disagree with them, glorify or vilify them. About the only thing you can't do is ignore them. Because they change things. They push the human race forward. And while some may see them as the crazy ones, we see genius. Because the people who are crazy enough to think they can change the world, are the ones who do.”
― Rob Siltanen
tags: advertising, apple, change, commercial, computers, different, madness, misattributed-apple, misattributed-steve-jobs, misfits, nonconformity, progressive, rebels, status-quo, think-different, troublemakers
65477 likes

“We are but older children, dear,
Who fret to find our bedtime near.”
― Lewis Carroll
125 likes

THE Group for Authors! — 11679 members — last activity 10 hours, 39 min ago
This is a group for authors to discuss their craft, as well as publishing and book marketing.

The Horror Lovers' Book Club — 142 members — last activity Aug 21, 2020 06:44AM
We are an international book club that focuses on reading and discussing the genres of horror/SciFi/thrillers/& speculative fiction.

Thomas Rydder
author of
The Clearing

Matt Patterson
author of
My Emily

Nice to meet you as well! Have a great day!

Thank you for the friendvite Patrick. Nice to meet you :)

Louise wrote: "Thank you for the friend request, Patrick."

You're welcome! Thank you as well!! Have a great day!

Carole wrote: "thanks for the add, Patrick!"

You're welcome! Have a great day!!

Thank you for the friend request, Patrick.

thanks for the add, Patrick!