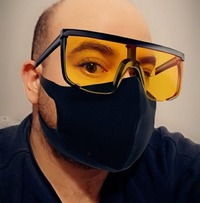 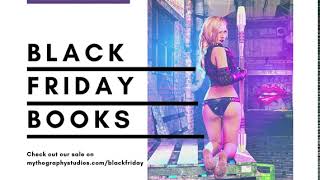 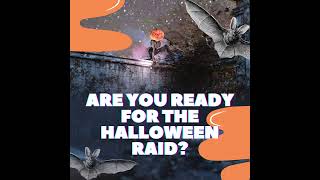 Join the Mythographers and get 3 books for free right now.
https://mythographystudios.com/join Writer/Director. I enjoy taking ancient Greek myths and turning them into modern sci-fi spooky versions. I also like to write romantic comedies, and people seem to go "Awww!" over them, so why not?

Join the Mythographers and get 3 books for free right now.
https://mythographystudios.com/join ...more 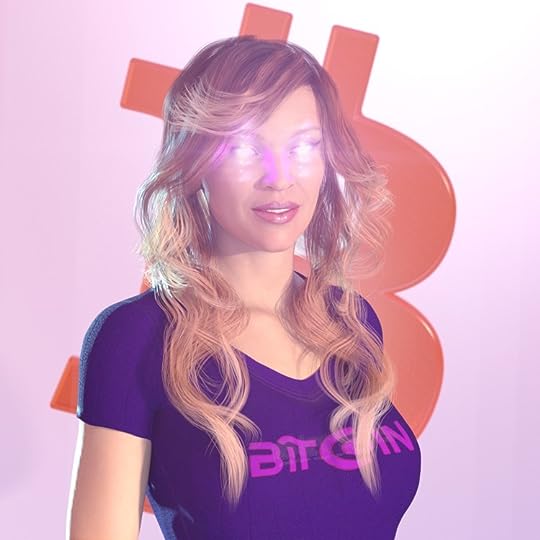 Trying out a few ideas. People have been enjoying these NFT avatar projects online and I thought I’d try to make one myself. These are optimized for profile pictures. You can collect them on Raretoshi https://raretoshi.com/u/glowleaf

“I know I am but summer to your heart, and not the full four seasons of the year.”
― Edna St. Vincent Millay
tags: heart, infidelity, relationships, seasons, summer
3168 likes
Like

“If you go home with somebody, and they don't have books, don't fuck 'em!”
― John Waters
tags: books, fuck, profanity, reading
5043 likes
Like

I turned back to her and tapped my chest. “That’s what this suit’s always been about. Not scaring people like you or Gorgon do. Not some sort of pseudo-sexual roleplay or repressed emotions. I wear this thing, all these bright colors, because I want people to know someone’s trying to make their lives better. I want to give them hope.”
― Peter Clines, Ex-Heroes
tags: dr-who, heroes
56 likes
Like

GOOD REVIEWS — 7814 members — last activity Jul 26, 2021 01:29PM
This Group is only for authors who are looking for reviews and Reviewers who love to read books and share their reviews.

Andy Weir
author of
The Martian 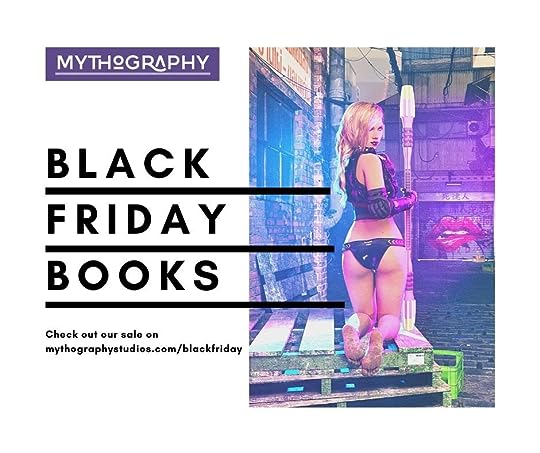 Get the Black Friday deals. Basically, you can get everything on Smashwords for 50% off and all the products on the Mythography shop at 2.99 euro or less. It’s a massive sale across many stories and formats, ebook and audiobook, plus something extra. https://mythographystudios.com/blackfriday/ 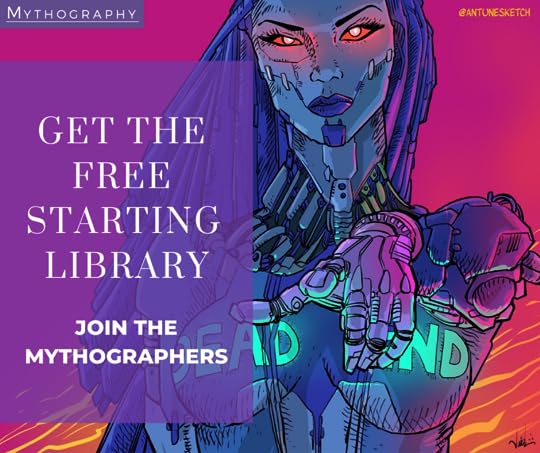 Join the Mythographers, download the free starting library and begin reading right now: https://mythographystudios.com/join
You will receive the series starters in your email.

Jellyspace is 99c for a limited time on all stores, grab your copy now:
https://mythographystudios.com/books/spitwrite-collections/

7 Deadly Roommates is at 99c for a limited time: https://meangods.com/books/7-deadly-roommates/ 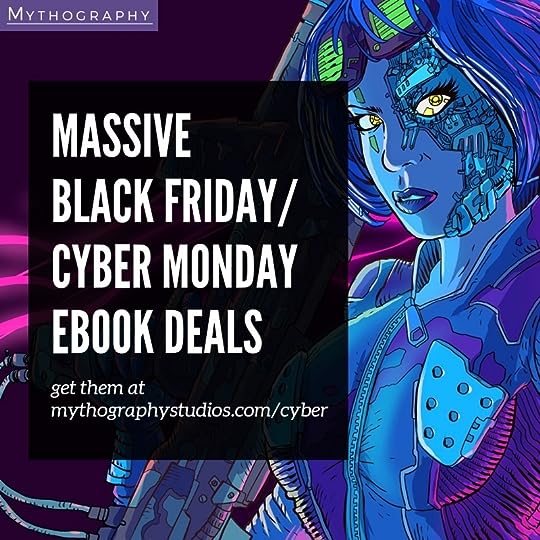 Cyber Monday is here with all the deals. ALL THE DEALS!
https://mythographystudios.com/cyber/
#cybermonday

I have a Facebook. Do not go there. Do not. https://www.facebook.com/georgesaouli...

Vote on my next story seed. Pick whichever you like best and I'll work on it next. https://www.patreon.com/posts/14592779

I'm testing out a Live Writing Session, watch it on Youtube here: https://www.youtube.com/user/glowleaf... 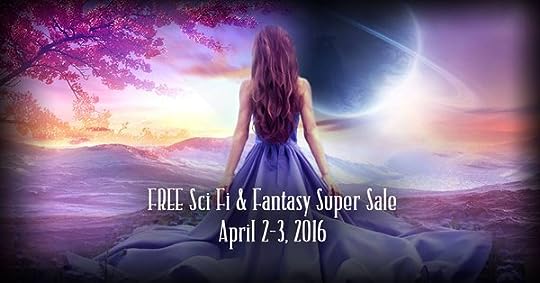 Free promo on 2-3 April! Get it here: http://pattyjansen.com/promo/

Nanodaemons is now permafree on Amazon! Get it here: http://www.amazon.com/Nanodaemons-God...

Get This Special Promo! An Enormous Amount Of Spec-Fic Books.

BEWARE: IRISH LADIES CAN PROPOSE TO YOU TODAY, AVOID THEM AT ALL COSTS. BTW, WATCH "LEAP YEAR" MOVIE I REALLY LIKED IT. http://www.imdb.com/title/tt1216492/
THE IMDB REVIEWERS SUCK DONKEY BALLS.

This came out so funny in the end!
https://www.goodreads.com/videos/9886...
It's available now.

Love or Superpowers? Which one would you choose? Vote now! http://www.mythographystudios.com/boo...

I'm in the process of turning Crying Over Spilt Light to an audiobook! No idea what I'm doing, hope it goes well.

I just discovered Brandon Sanderson. There goes my productivity, the man has whole series out available to devour.

Leo wrote: "George wrote: "I have followers? 114 of them? Who are you guys? *waves hesitantly at the faceless crowd*"

Hiya :)"
Hello Leo! Feel free to stuff your to-read shelf with my books.

George wrote: "I have followers? 114 of them? Who are you guys? *waves hesitantly at the faceless crowd*"

I have followers? 114 of them? Who are you guys? *waves hesitantly at the faceless crowd*

Signup at the Mythographer list for a freebie! http://www.mythographystudios.com/joi...

An immovable object stands in the way of the Galactic Emperor Jarrl. He has waged siege against his arch-nemesis for a thousand years, but the barrier still stands. Now, he has come up with a plan to put the immovable object's name to the test, and lay waste to his enemies. Will his plan work? Will he manage to obliterate his foes? Will he press the big red button to destroy a galaxy? Get this humorous sneak peek into the Antigravel Universe here: http://amzn.to/1IM5Ezw

Hey George, thanks for the friend request. Can't wait to get to know you and chat about literature.

5 Days Left! I have Crying Over Spilt Light for free on storycartel for a few more days. Grab it here while you can: https://storycartel.com/books/crying-... and make sure to leave an honest review on goodreads :)

I have Crying Over Spilt Light for free on storycartel for a few more days. Grab it here while you can: https://storycartel.com/books/crying-... and make sure to leave an honest review on goodreads :)

The gods are back in town. Skyscrapers pop out of nowhere all over Athens. Corporations rename themselves as Greek gods. It all started with the Greek crisis of 2009 and will forever change the world as we know it. Some say that CEO’s have gone mad. Others, that they know damn well what they are doing. That there is something solid amongst the myth. In the day of inter-connectivity and social media admiration, can the myths come back to life?

What happens when a corporation gets a god complex? Find out in our series of books on Kindle. Described as light cyberpunk, definitely sci-fi and with a fresh twist on Greek mythology. http://www.mythographystudios.com/the...

A book trailer is a valuable marketing tool, especially towards the young adult demographic. Get yours from here: http://georgesaoulidis.com/get-your-b...

Hi George, thank you for the friend request! (=

Hi, George! Thanks for adding me!

I read Stephenson's Anathem. It's hard to follow, but a good read.