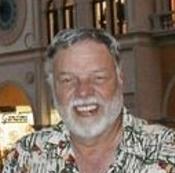 “For the briefest of instants, a miles-wide hole appeared from the middle of the Earth to the top of the sky.
The Moho rang like a tuning fork in harmonic response to the billion megaton impact. Seismic waves propagated in all directions, some dampening as normal, others amplified harmonically as Earth’s interior quivered like a bowl of pudding. Seismometers spiked wildly, their needles bouncing back and forth like pin-balls.
A billion megatons exploded outward from the depths of the quivering Moho blasting a crater eighty-five miles in diameter and spewing billions of tons of superheated rock twelve hundred miles into space. In the blink of an eye the Earth grew a tail, as a mushroom cloud visible from Mars formed and spread, black as the Devil's eye.”
― Raymond Dean White, Impact
tags: action-adventure, apocalypse, cataclysm, catastrophe, dystopian, earthquakes, fire, flood, impact-winter, plague, survival-story, tsunamis, war
2 likes
Like

“You can keep your paper promises
and all your worldly treasures.
But you cannot buy peace of mind
or escape from the headstone garden.

“an optimist is someone who simply doesn't know enough.”
― Raymond Dean White, Impact
0 likes
Like

Is this you? Let us know. If not, help out and invite Raymond to Goodreads.