Discover new books on Goodreads
See if your friends have read any of Sumedha V. Ojha's books 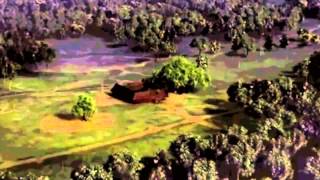 Born
in Patna, India
Twitter
SVOjha
Genre
Historical Fiction, Thriller, Mystery
Member Since
October 2014
URL
https://www.goodreads.com/sumiver
edit data
Sumedha V. Ojha is a Geneva based ex-bureaucrat, historian, author, columnist and web series maker; author of the Urnabhih series set in Mauryan India. She is focused on a 360-degree understanding of Ancient India based on Indic and Shastric epistemology, focusing on Sanskrit and Prakrit literature, the Mauryans and Gender issues.

As the explanatory sub-title of Urnabhih states, Sumedha V Ojha’s story of palace intrigue and military conspiracy is set in the 4th century BCE, at the dawn of the Mauryan period, with a young Chandragupta doing whatever it takes to establish an empire in the northern regions of the Subcontinent. The protagonist of this tale, littered as it is with handsome, virile and skilled warriors, is a danc Read more of this blog post »
2 likes · Like  •  0 comments  •  flag