Discover new books on Goodreads
See if your friends have read any of M.L. St. Sure's books 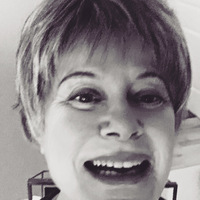 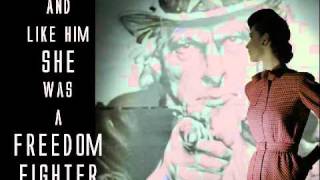 Website
http://amazon.com/Evensong-M-L-St-Sure/dp/14196...
Member Since
November 2008
URL
https://www.goodreads.com/evensong
edit data
Dear Reader,
My father was in the Marines during World War II. As a child I had asked him many times about his shiny medals, photos, letters and postcards to my mother, things about the war. It seemed the more I pressed him for answers, the more reticent he became. By the time I was eight years old I was writing war stories in the closet where my father's uniform hung. I became obsessed with writing, and then one day I mailed one of my stories to the Oakland Tribune, and it was published the next weekend in the "Aunt Elsie" column. Well, that did it for me. I was a PUBLISHED author!

I lived in Berkeley, California and a few years later I entered college and majored in English. I was still writing stories in my free time. A friend of mine, who Dear Reader,
My father was in the Marines during World War II. As a child I had asked him many times about his shiny medals, photos, letters and postcards to my mother, things about the war. It seemed the more I pressed him for answers, the more reticent he became. By the time I was eight years old I was writing war stories in the closet where my father's uniform hung. I became obsessed with writing, and then one day I mailed one of my stories to the Oakland Tribune, and it was published the next weekend in the "Aunt Elsie" column. Well, that did it for me. I was a PUBLISHED author!

I lived in Berkeley, California and a few years later I entered college and majored in English. I was still writing stories in my free time. A friend of mine, who was editing for me, suggested that I attend the IOWA WRITER'S WORKSHOP in Iowa City, Iowa. So off I went to write more stories, and I absolutely loved it!

I had just finished a summer session when I received a phone call from my mother telling me that father had just died from an aneurysm. I was devastated. My chance to know him was over. A few months later, a package arrived for me in the mail. I quickly opened it, and found wrapped in old newspapers, my father's war journals. What a day that was for me! Though, by the time I began reading it, I soon grimly understood why he never spoke of the war. It took me a long time to absorb, to rethink, rehash everything that had happened to him. I really took it hard.

My husband, Ken, and my daughters suggested I write his story, that it would be therapeutic to cleanse myself of grief. So, I began writing and I could see with every page I completed that I was beginning to come to terms with it all. By the time I was finished, I was healed.

My book, EVENSONG, is dedicated to my father.

M.L. St. Sure hasn't written any blog posts yet.

“There’s gold, and it’s haunting and haunting;
It’s luring me on as of old;
Yet it isn’t the gold that I’m wanting
So much as just finding the gold.
It’s the great, big, broad land ’way up yonder,
It’s the forests where silence has lease;
It’s the beauty that thrills me with wonder,
It’s the stillness that fills me with peace.”
― Robert W. Service, The Spell of the Yukon and Other Verses
tags: poetry
27 likes

“Cherish those who seek the truth but beware of those who find it.”
― Voltaire
tags: denial, fear, reality, truth, truth-hurts, truth-quotes, truths
734 likes

Anything and Everything — 34 members — last activity Apr 04, 2011 07:52AM
anything to debate about or disscuss random stuff,music,books,movies,Twilight, animals, sports,JokesHarry Potter,Funny stuff,polls...ect.

Authors Society — 658 members — last activity Aug 16, 2021 04:11PM
This group is for writers to plug their books. It is also for readers who are searching for new books to read. Come join us!

Cindy Pon
author of
Because Y...

Mandy Hubbard
author of
But I Lov...

Glad you received my book! I've heard from others regarding the condition it arrived in - wish I could have e-mailed it instead! I hope you enjoy the read.

Thanks for the GR friendship ML! Hope you're having a fab weekend! :-)

My new book, The 9 Ghosts of Samen's Bane
is available now.

Hi there! Thanks for the add request! It's nice to meet you. :-)

M.L., your account of your father brought tears to my eyes. Like yours, my father never talked about his war experience; unlike yours, he didn't leave a journal behind. There is so much I don't know about him.
I wish you the best with Evensong.

Hi Mary,
Thanks for befriending this mystery author!

Writer's block! Not a good day.

M.L. St. Sure has created a haunting melody in the new novel Evensong, as it takes its readers back in time to the terrifying era when Hitler and his cruel army threatened to change the world forever.


Veteran Joseph Cross is simply trying to make a life for his family in the unforgiving farm land of Missouri. Wanting more for his children than he could provide, he trains his daughter Christina to sing the beautiful arias of the opera he himself could no longer sing. When tragedy strikes, young Christina falls back on her training and through the guidance of her benefactor Senator Liam Caradine, sets out to raise her family out of the poverty in which they lived.

Christina soon takes to the stage where her voice will soon be recognized around the world. With her young sister Nicolette, Christina moves to Paris, France to live with her uncle Phillippe Petain. When Hitler's army invades, her uncle becomes the Premier of France and orders Christina to sing and entertain Hitler and his high-ranking Nazi officers. Having already been recruited by the resistance leader Laurent de Gauvion Saint Cyr, Christina refuses to sing, earning the wrath of Hitler.

Christina, with Nicolette by her side, aids the resistance until young Nicolette is kidnapped. It is discovered to everyone's horror that Nicolette has been taken to the dreaded kinder camp, also known as the "Devil's Palace." Laurent risks all, including the very lives of those under his command in a suicidal mission to rescue Nicolette and return her to the sister he has fallen deeply in love with.

Meanwhile during her own attempt to rescue Nicolette, Christina is apprehended and given to an angry Nazi officer known for his cruelty. Realizing who his captive is and her relationship to Laurent, whom he despises, the officer takes great delight in his torture and humiliation of Christina.

Forced to sin for her captors, Christina faces a grave and pivotal decision: sing the Deutchland-Lied, or "Song of Germany," or taken a final stand in her allegiance to the resistance.

Evensong brings to mind a great tragedy. Not only are the cruelties of the Nazi's unveiled and laid bare, but so to the cruelty of a deep love in a tie when love cannot be afforded. This is a moving story, one worthy of the attention of any interested in historical fiction.

The above review was contributed by: Kristin Pace: Kristin is an avid reader and has written book reviews for various publications. She has been involved with Writer's Workshops both as a student and as an instructor.

thanks for the add!

Andrea,
You are welcome! And thanks for being a Goodread friend as well.

Hi & thank you for being a friend on Good Reads.

How are you? Thank you for being my friend. Good fortune on EVENSONG.

Please visit these groups when you have a chance: “Happy & Brainy Group” and “To the Glory of Man”.

Have a wonderful weekend. Best regards.

Hello M.I. and thanks for adding me as a friend. I love your bio...how cool!
Blessings,
Jeannie