,
Discover new books on Goodreads
See if your friends have read any of Barbara O'Neal's books 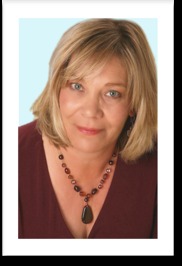 Barbara O'Neal is the Wall Street Journal, Washington Post, and #1 Amazon Charts bestselling writer of women's fiction. She lives in Colorado with her partner, a British endurance athlete.

So happy my new book, The Art of Inheriting Secrets is out at long last! Thank you to all the readers who have reviewed it! I’m thrilled.

If you have a chance to add your reviews to Amazon, I’d be ever so grateful. It’s a big boost to the book.

Now I’m back to my cave to finish the next book...

Barbara O'Neal is currently reading
Heiress Without A Cause (Muses of Mayfair, #1)
by Sara Ramsey (Goodreads Author)
bookshelves: currently-reading

More of Barbara's books…
Quotes by Barbara O'Neal  (?)
Quotes are added by the Goodreads community and are not verified by Goodreads. (Learn more)
“it’s not about comparison, as my counselor used to say. My pain is my pain.”
― Barbara O'Neal, When We Believed in Mermaids
13 likes
Like

“Your quest is powerful. You needn’t apologize for the space it takes.”
― Barbara O'Neal, When We Believed in Mermaids
10 likes
Like

“There are seasons of darkness, yes? Loss and sadness all around.” He tightens his grip. “But if you are patient, the circle turns, and then there is happiness all around, everything good, everyone happy.” He flings a hand out, palm up, as if scattering glitter. “My friend, he just forgot that happiness is part of living too.”
― Barbara O'Neal, When We Believed in Mermaids
8 likes
Like 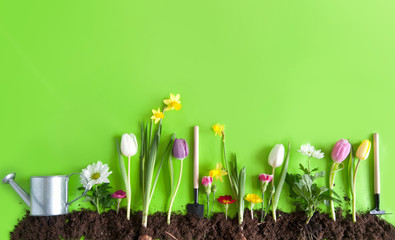 Please vote for your favorite among the nominees.

Thanks and enjoy reading....

by Sophie Loubière
2 votes 7.1%
A Month of Sundays

by Liz Byrski
2 votes 7.1%
When We Believed in Mermaids

by Barbara O'Neal
1 vote 3.6%
The Awakening: And Other Stories

“Reality is an easy commodity in the Front Range. There's weather, and there are animals that are thinking about eating you, and there's all that beauty. It sort of whomps you on the head. It's strange that we use the word "unreal" to describe beauty-it's my experience that beauty drags us by the hair into the real.”
― Claire Dederer, Poser: My Life in Twenty-three Yoga Poses
8 likes
Like

“Maybe not. But maybe that's how the world changes, Isaiah. One father, one child, at a time.”
― Barbara Samuel, The Sleeping Night
tags: change, children, fathers, legacy, world
13 likes
Like

“There is a whirlwind in southern Morocco, the aajej, against which the fellahin defend themselves with knives. There is the africo, which has at times reached into the city of Rome. The alm, a fall wind out of Yugoslavia. The arifi, also christened aref or rifi, which scorches with numerous tongues. These are permanent winds that live in the present tense.
There are other, less constant winds that change direction, that can knock down horse and rider and realign themselves anticlockwise. The bist roz leaps into Afghanistan for 170 days--burying villages. There is the hot, dry ghibli from Tunis, which rolls and rolls and produces a nervous condition. The haboob--a Sudan dust storm that dresses in bright yellow walls a thousand metres high and is followed by rain. The harmattan, which blows and eventually drowns itself into the Atlantic. Imbat, a sea breeze in North Africa. Some winds that just sigh towards the sky. Night dust storms that come with the cold. The khamsin, a dust in Egypt from March to May, named after the Arabic word for 'fifty,' blooming for fifty days--the ninth plague of Egypt. The datoo out of Gibraltar, which carries fragrance.
There is also the ------, the secret wind of the desert, whose name was erased by a king after his son died within it. And the nafhat--a blast out of Arabia. The mezzar-ifoullousen--a violent and cold southwesterly known to Berbers as 'that which plucks the fowls.' The beshabar, a black and dry northeasterly out of the Caucasus, 'black wind.' The Samiel from Turkey, 'poison and wind,' used often in battle. As well as the other 'poison winds,' the simoom, of North Africa, and the solano, whose dust plucks off rare petals, causing giddiness.
Other, private winds.
Travelling along the ground like a flood. Blasting off paint, throwing down telephone poles, transporting stones and statue heads. The harmattan blows across the Sahara filled with red dust, dust as fire, as flour, entering and coagulating in the locks of rifles. Mariners called this red wind the 'sea of darkness.' Red sand fogs out of the Sahara were deposited as far north as Cornwall and Devon, producing showers of mud so great this was also mistaken for blood. 'Blood rains were widely reported in Portugal and Spain in 1901.'
There are always millions of tons of dust in the air, just as there are millions of cubes of air in the earth and more living flesh in the soil (worms, beetles, underground creatures) than there is grazing and existing on it. Herodotus records the death of various armies engulfed in the simoom who were never seen again. One nation was 'so enraged by this evil wind that they declared war on it and marched out in full battle array, only to be rapidly and completely interred.”
― Michael Ondaatje

“I crave your mouth, your voice, your hair.
Silent and starving, I prowl through the streets.
Bread does not nourish me, dawn disrupts me, all day
I hunt for the liquid measure of your steps.

I hunger for your sleek laugh,
your hands the color of a savage harvest,
hunger for the pale stones of your fingernails,
I want to eat your skin like a whole almond.

and I pace around hungry, sniffing the twilight,
hunting for you, for your hot heart,
Like a puma in the barrens of Quitratue.”
― Pablo Neruda
tags: love, poetry
3861 likes
Like

History, Medicine, and Science: Nonfiction and Fiction — 1484 members — last activity Mar 16, 2022 10:14AM
Discussion about the fascinating stories of our scientific and medical past

Thanks for adding me in yr Fan list...
Love your book!!!! makes me enjoying cooking and baking more!!!!!

Thanks for the friendship invite.

Hi Barbara- Thank you for the friend request. Enjoy the coming weekend.