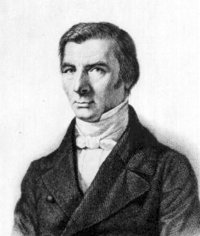 “The state is that great fiction by which everyone tries to live at the expense of everyone else.”
― Frederic Bastiat
tags: bastiat, france, government, history, liberal, libertarian, philosophy
288 likes
Like

“If the natural tendencies of mankind are so bad that it is not safe to permit people to be free, how is it that the tendencies of these organizers are always good? Do not the legislators and their appointed agents also belong to the human race? Or do they believe that they themselves are made of a finer clay than the rest of mankind?”
― Frederic Bastiat, The Law
219 likes
Like