,
Discover new books on Goodreads
See if your friends have read any of Holly Webb's books 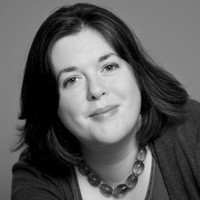 The Mysteries of Maisie Hitchins (8 books)
by
Holly Webb

4.06 avg rating — 1,204 ratings
More series by Holly Webb…
Quotes by Holly Webb  (?)
Quotes are added by the Goodreads community and are not verified by Goodreads. (Learn more)
“was remembering the illustrations from Morally Instructive Tales for the Nursery, which was one of the books in the schoolroom. The two little boys who owned the boat in the original story fought about who got to sail it first, which obviously meant that one of them drowned in the fountain. Most of the books in the schoolroom had endings like that. Rose quite enjoyed working out the exact point when the characters were beyond hope. It was usually when they lied to get more jam.”
― Holly Webb, Rose
3 likes
Like

“He’s as bad as he was when he first came,” Mandy said sadly, looking at the little brown-and-white ball in the basket. It was all they’d been able to see of Harry for days. Sally called gently, “Harry! Here, boy!” but he didn’t even twitch. “It’s so sad. He really adored Grace, but I can understand why she doesn’t think she should visit him any more, and it’s probably for the best.” “Still, there’s a family coming to see him this afternoon,” said Mandy. “They saw him on the website, and they think he looks perfect. If they like him, and they can give him the time to settle down…” They stared at Harry, still curled up silently, and Sally sighed. “Well, you never know…”
― Holly Webb, Harry the Homeless Puppy
1 likes
Like

“Grace didn’t go to the shelter at all that week. She just couldn’t bear it. She had made Harry’s life even harder by falling in love with him. He had to find a new home, and she was stopping him. She just had to let him go, the sooner the better. She supposed she could have gone back to the shelter and kept away from Harry, but that would be so difficult. Danny didn’t even try to persuade her this time. Mum had phoned the shelter to talk to Sally and explain. Grace had listened to what Mum was saying, and she could tell that Sally was sad, but that she agreed with Mum. It was the best thing for Harry. Life felt very flat without the shelter to go to, though, Grace thought, lying on her bed listening to her favourite CD. School, more school, hanging around at home. She’d gone to Maya’s for tea yesterday, which was nice, but she still missed Harry, and all the other dogs, so much. “Grace!” Mum called from the kitchen. “Time to go!” Grace sighed, and rolled off her bed. Another flat to go and see.”
― Holly Webb, Harry the Homeless Puppy
1 likes
Like

Is this you? Let us know. If not, help out and invite Holly to Goodreads.