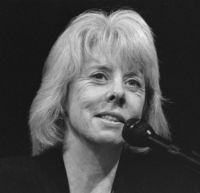 “We have only one real shot at liberation, and that is to emancipate ourselves from within”
― Colette Dowling
9 likes
Like

“Studies have shown consistently that while IQ bears a fairly close relationship to accomplishment among men, it bears essentially no relationship at all to accomplishment among women. (...) The adult occupations of the women, whose childhood IQ's were in the same range as the men's, were for the most part undistinguished. n fact, two-thirds of the women with genius-level IQ's of 170 or above were occupied as housewives or office workers.
The waste of women's talent is a brain drain that affects the entire country.”
― Colette Dowling, The Cinderella Complex: Women's Hidden Fear of Independence
tags: cinderella-complex, double-standards, feminism, gender-roles, male-privilege, patriarchy
4 likes
Like

“Studies show that girls - especially smarter ones - have severe problems in the area of self-confidence.
They consistently underestimate their own ability. When asked how they think they'll do on different tasks - whether the tasks are untried or ones they've encountered before - they give lower estimates than boys do, and in general underestimate their actual performance as well. One study even showed that the brighter the girl, the less expectations she has of being successful at intellectual tasks. (...)
Low self-confidence is the plague of many girls, and it leads to a host of related problems. Girls are highly suggestible and tend to change their minds about perceptual judgments if someone disagrees with them. They set lower standards for themselves. While boys are challenged by difficult tasks, girls try to avoid them. (...) Given her felt incompetence, it's not surprising that the little girl would hotfoot it to the nearest Other and cling for dear life. (...) As we can see, the problems of excessive dependence follow female children right into adulthood.”
― Colette Dowling, The Cinderella Complex: Women's Hidden Fear of Independence
tags: cinderella-complex, dependence, emotional-dependence, female-socialization, feminism, gender-roles, male-privilege, patriarchy
4 likes
Like


Is this you? Let us know. If not, help out and invite Colette to Goodreads.