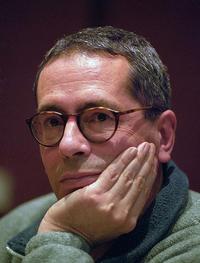 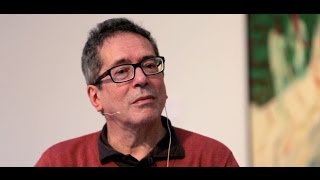 · 27,140 ratings · 3,615 reviews · 187 distinct works • Similar authors
More books by César Aira…
Quotes by César Aira  (?)
Quotes are added by the Goodreads community and are not verified by Goodreads. (Learn more)
“A reader of mine is a deluxe reader, not because I’m so great but because in order to get to me you have to take a path through literature, not through some books bought out of curiosity at the bookstore. A reader of mine has to have read other things.”
― César Aira
tags: reading
44 likes
Like

“At this point there's something I should explain about myself, which is that I don't talk much, probably too little, and I think this has been detrimental to my social life. It's not that I have trouble expressing myself, or no more than people generally have when they're trying to put something complex into words. I'd even say I have less trouble than most because my long involvement with literature has given me a better-than-average capacity for handling language. But I have no gift for small talk, and there's no point trying to learn or pretend; it wouldn't be convincing. My conversational style is spasmodic (someone once described it as "hollowing"). Every sentence opens up gaps, which require new beginnings. I can't maintain any continuity. In short, I speak when I have something to say. My problem, I suppose - and this may be an effect of involvement with literature - is that I attribute too much importance to the subject. For me, it's never simply a question of "talking" but always a question of "what to talk about". And the effort of weighing up potential subjects kills the spontaneity of dialogue. In other words, when everything you say has to be "worth the effort", it's too much effort to go on talking. I envy people who can launch into a conversation with gusto and energy, and keep it going. I envy them that human contact, so full of promise, a living reality from which, in my mute isolation, I feel excluded. "But what do they talk about?" I wonder, which is obviously the wrong question to ask. The crabbed awkwardness of my social interactions is a result of this failing on my part. Looking back, I can see that it was responsible for most of my missed opportunities and almost all the woes of solitude. The older I get, the more convinced I am that this is a mutilation, for which my professional success cannot compensate, much less my "rich inner life." And I've never been able to resolve the conundrum that conversationalists pose for me: how do they keep coming up with things to talk about? I don't even wonder about it anymore, perhaps because I know there's no answer.”
― César Aira
tags: small-talk, social-awkwardness
20 likes
Like

“He couldn’t believe that sleep had robbed him of this spectacle night after night. Such are the writer’s privileges, he thought, nostalgic already for the present.”
― César Aira, Varamo
tags: nostalgia, writers
19 likes
Like

Is this you? Let us know. If not, help out and invite César to Goodreads.