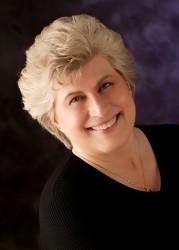 Seduction of a Duke indie published

Last month I re-released The Education of Mrs. Brimley.  It’s the same book that Berkley released back in 2007 but with a new cover and blurb. 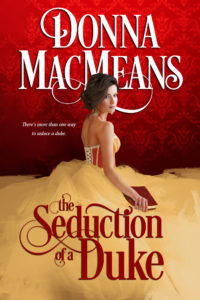 This month I’m re-releasing Seduction of a Duke.  This is basically the same book that Berkley released back in 2009 but I did make some changes–not to the story, but to the editing.  I couldn’t believe that some of the words in that original release

3.69 avg rating — 168 ratings
Quotes by Donna MacMeans  (?)
Quotes are added by the Goodreads community and are not verified by Goodreads. (Learn more)
“William: My brother has an appreciation of art, so I imagine the woman he chooses must be beautiful beyond the pale. Once he outgrows his current predilection with painting and accepts his family responsibilities, he'll need a wife who can move throughout society. She must have proper carriage and be a witty conversationalist. She should have excellent bloodlines as well, in the event of offspring.
Emma: With the possible exception of a witty conversationalist, I believe you've described all the attributes of a racehorse.”
― Donna MacMeans, The Education of Mrs. Brimley
tags: bloodlines, horses, humor, marriage
4 likes
Like

“Nicholas: I know you, brother. You've been threatened with matrimonial pursuits before. Why are you really here?
William: I received an invitation.
Nicholas: Not from me you didn't.
William: Of course not from you, brother. Parliament would go up in flames before I receive a social invitation from you. ”
― Donna MacMeans, The Education of Mrs. Brimley
tags: humor, invitation, parlimament, romance
2 likes
Like

“(Nicholas)"Am I dead?"
An odd question, but then she rememberd her mourning attire. "No sir, you are not."
He relaxed a moment, then turned his head slightly as if searching for other passengers. His brows dived in a scowl.
Am I married?"
She wasn't sure how to answer. His kid gloves hid any evidence of his matrimonial state, but his expression of instantaneous alarm and regret suggested he was referring specifically to her.
No sir, we are not.”
― Donna MacMeans, The Education of Mrs. Brimley
tags: carriage, drunk, humor, marriage, romance
1 likes
Like