,
Discover new books on Goodreads
See if your friends have read any of Thomas Armstrong's books 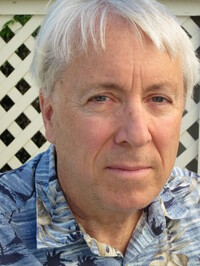 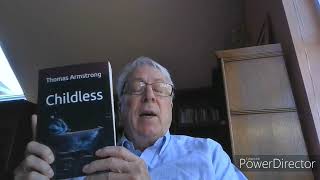 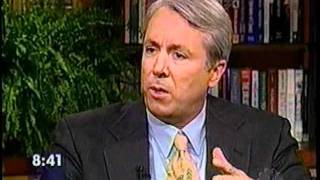 I've been working on this book for thirty-two years (honest!), so it feels more than great to have it finally reach you, the reader! I'd love to hear what you think of the book and to get your review on Goodreads!

My other books include: The Myth of the ADHD Child, The Power of Neurodiversity, 7 Kinds of Smart, Multiple Intelligences in the Classroom, and The Power of the Adolescent Brain. I've also written for Family Circle, Ladies I am the author of 20 books, including my latest book Childless. This is my debut novel. It's about a childless child psychologist who tries to foil a government plot to identify childhood as a medical disorder and then to eliminate it from the human genome in America. It's available at: https://amzn.to/3dBP0IY.

I've been working on this book for thirty-two years (honest!), so it feels more than great to have it finally reach you, the reader! I'd love to hear what you think of the book and to get your review on Goodreads!

My other books include: The Myth of the ADHD Child, The Power of Neurodiversity, 7 Kinds of Smart, Multiple Intelligences in the Classroom, and The Power of the Adolescent Brain. I've also written for Family Circle, Ladies Home Journal, and the AMA Journal of Ethics.

I see myself as a reader as much as, or even more than, a writer. Some of the books which I've enjoyed recently include Joseph and His Sons by Thomas Mann, The Story of the Stone/Dream of the Red Chamber by Cao Xueqin, the complete Arabian Nights (3 volumes), translated by Malcolm C. Lyons, The Studs Lonigan Trilogy by James T. Farrell, and From Here to Eternity by James Jones.

Beyond literature and writing, my hobbies and pursuits include improvising on the piano, doing mindfulness meditation, watching great movies on The Criterion Channel, doing yoga, and cooking Mediterranean cuisine.

My next project will be a historical novel about a Buddhist monk who gets kicked out of his sangha in 9th century (C.E.) Bactria (Central Asia), and then gets picked up by a Viking longship in the Caspian Sea and spirited away to Iceland. It's going to be called Buddhamitra's Saga. I've loved both the nature and the culture in Iceland, including those great medieval sagas. I decided that this novel belongs in a new genre that I'd call screwball historical narrative (it's a hysterical narrative).

Married for twenty-five years, and now divorced, I live in a cute Victorian style home on a hill in Sonoma County, California with my dog Daisy.

Listen to New Podcast on The Power of Neurodiversity

I recently did an interview on my book The Power of Neurodiversity, with Dr. Nelly Nguyen, founder of Applied Life, ”a network of coaches, scientists, educators, business consultants, and above all diverse human beings who think outside the box and embrace curiosity, diversity, and inclusiveness.”�� During the interview, we touched on many different topics related […]

Thomas Armstrong is currently reading
Anniversaries: From a Year in the Life of Gesine Cresspahl (Boxed Set)
by Uwe Johnson
bookshelves: currently-reading

More of Thomas's books…
Quotes by Thomas Armstrong  (?)
Quotes are added by the Goodreads community and are not verified by Goodreads. (Learn more)
“From the standpoint of education, genius means essentially 'giving birth to the joy in learning.' I'd like to suggest that this is the central task of all educators. It is the genius of the student that is the driving force behind all learning. Before educators take on any of the other important issues in learning, they must first have a thorough understanding of what lies at the core of each student's intrinsic motivation to learn, and that motivation originates in each student's genius.”
― Thomas Armstrong, Awakening Genius in the Classroom
3 likes
Like

“The word creativity is closely linked to the word genius, since both words have the root meaning 'to give birth.' Essentially, creativity designates the capacity to give birth to new ways of looking at things, the ability to make novel connections between disparate things, and the knack for seeing things that might be missed by the typical way of viewing life.”
― Thomas Armstrong, Awakening Genius in the Classroom
3 likes
Like

“Children and adolescents, being relatively new to life, are naturally creative because they haven't been brainwashed, so to speak, by the conventional attitudes of society. Consequently, students are always coming up with novel images, words, and actions that my delight, enlighten, or inspire adults....Creativity has not been the subject of intense focus, extensive research, or high levels of funding in American education.”
― Thomas Armstrong, Awakening Genius in the Classroom
3 likes
Like

“Each second we live is a new and unique moment of the universe, a moment that will never be again And what do we teach our children? We teach them that two and two make four, and that Paris is the capital of France. When will we also teach them what they are? We should say to each of them: Do you know what you are? You are a marvel. You are unique. In all the years that have passed, there has never been another child like you. Your legs, your arms, your clever fingers, the way you move. You may become a Shakespeare, a Michaelangelo, a Beethoven. You have the capacity for anything. Yes, you are a marvel. And when you grow up, can you then harm another who is, like you, a marvel? You must work, we must all work, to make the world worthy of its children.”
― Pablo Casals
90 likes
Like

“The child raised for his station, never leaving it, could not be exposed to the disadvantages of another. But given the mobility of human things, given the unsettled and restless spirit of this age which upsets everything in each generation, can one conceive of a method more senseless than raising a child as though he never had to leave his room, as though he were going to be constantly surrounded by his servants? If the unfortunate makes a single step on the earth, if he goes down a single degree, he is lost. This is not teaching him to bear suffering; it is training him to feel it. One thinks only of preserving one’s child. That is not enough. One ought to teach him to preserve himself as a man. to bear the blows of fate, to brave opulence and poverty, to live, if he has to. in freezing Iceland or on Malta’s burning rocks. You may very well take precautions against his dying. He will nevertheless have to die. And though his death were not the product of your efforts, still these efforts would be ill conceived. It is less a question of keeping him from dying than of making him live. To live is not to breathe; it is to act; it is to make use of our organs, our senses, our faculties, of all the parts of ourselves which give us the sentiment of our existence.”
― Jean-Jacques Rousseau, Emile, or On Education
tags: snowflakes
1 likes
Like