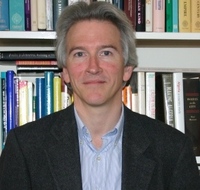 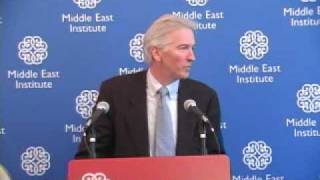 Genre
History
Influences
Albert Hourani Albert Hourani ...more
edit data
Eugene Rogan is Director of the Middle East Centre at St Antony’s College, University of Oxford. He took his B.A. in economics from Columbia, and his M.A. and PhD in Middle Eastern history from Harvard. He taught at Boston College and Sarah Lawrence College before taking up his post in Oxford in 1991, where he teaches the modern history of the Middle East.

“Bound by a common identity grounded in language and history, the Arabs are all the more fascinating for their diversity. They are one people and many peoples at the same time.”
― Eugene Rogan, The Arabs: A History
9 likes
Like

“The Arab people are haunted by a sense of powerlessness . . . powerlessness to suppress the feeling that you are no more than a lowly pawn on the global chessboard even as the game is being played in your backyard.”6 Unable to achieve their aims in the modern world, the Arabs see themselves as pawns in the game of nations, forced to play by other peoples’ rules. This”
― Eugene Rogan, The Arabs: A History
2 likes
Like

“Muslim crowds massacred thousands of Armenians in the south-eastern city of Adana. The roots of the pogrom dated back to the 1870s. In the course of the First World War, that hostility would metastasize into the first genocide of the twentieth century.”
― Eugene Rogan, The Fall of the Ottomans: The Great War in the Middle East, 1914-1920
1 likes
Like

Is this you? Let us know. If not, help out and invite Eugene to Goodreads.