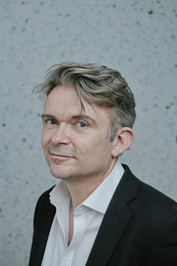 “French rule brought a whole series of innovations in the way the Kingdom was run. Out went feudalism, and in came private property. Out went a messy assemblage of local customs, baronial and church jurisdictions, and public ordinances: in came a new code of civil law and the beginnings of a police force. The southern part of the Italian peninsula began to resemble a modern, centralised state.”
― John Dickie, Blood Brotherhoods: A History of Italy's Three Mafias
1 likes
Like

“Mafiosi, for Franchetti, were entrepreneurs in violence, specialists who had developed what today would be called the most sophisticated business model in the marketplace. Under the leadership of their bosses, mafia bands ‘invested’ violence in various commercial spheres in order to extort protection money and guarantee monopolies. This was what he called the violence industry. As Franchetti wrote, [in the violence industry] the mafia boss . . . acts as capitalist, impresario and manager. He unifies the management of the crimes committed . . . he regulates the way labour and duties are divided out, and controls discipline amongst the workers. (Discipline is indispensable in this as in any other industry if abundant and constant profits are to be obtained.) It is the mafia boss’s job to judge from circumstances whether the acts of violence should be suspended for a while, or multiplied and made fiercer. He has to adapt to market conditions to choose which operations to carry out, which people to exploit, which form of violence to use.”
― John Dickie, Cosa Nostra: A History of the Sicilian Mafia: A History of the Sicilian Mafia
1 likes
Like