Discover new books on Goodreads
See if your friends have read any of T. Ellery Hodges's books 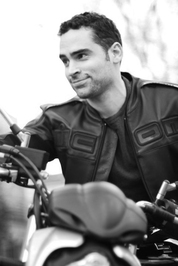 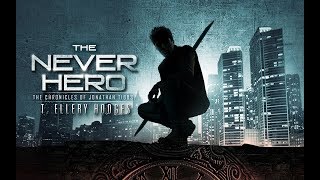 I nearly screamed when the Never Paradox ended because I knew there wasn't a third book yet. So as you can probably imagine my question is, when do you see the next Never installment being published? P.S. Please don't say 2019.
T. Ellery Hodges Hi Meran,

Thanks so much for reading! I apologize for such a late reply but I just now saw your question.

Unfortunately, I don't yet have much of an ans…moreHi Meran,

Thanks so much for reading! I apologize for such a late reply but I just now saw your question.

Unfortunately, I don't yet have much of an answer for you.

I'm still working on the first draft, a process that has been hampered a lot by having a newborn in the house. Xander was born in Jan of 2017.

That said, now that he is a little older I'm getting more and more time in front of the manuscript and things are accelerating. It's certainly my hope to have the book finished before 2019.

If you have any interested in being a beta reader when the time comes, please drop me a line at telleryhodges@theneverhero.com and I'll add you to my list!
(less)
flag
Just finished The Never Paradox, love the whole concept of the Never books. You are now one of my favourite authors. I would love to see The Never Series continue for a few books. My question is how many books do you see The Never Series containing?
T. Ellery Hodges Hi Martin,

Thank you, appreciate your reading and support!

In answer to your question, I planned this as a trilogy. However, as I look up at my white bo…moreHi Martin,

Thank you, appreciate your reading and support!

In answer to your question, I planned this as a trilogy. However, as I look up at my white board where I currently have the map of events and scenes for how the finale is intended to play out, I sometimes wonder if one more book is going to get us there. At the time of this post, I've only written drafts of the first 6 chapters, so it is near impossible to tell how long the finale may get.

I imagine--though I wouldn't promise--that if the book goes over 800 pages, I will seriously consider breaking it into two. The problem with that scenario, is that this is really one story told over multiple books, and until we get to the end, there won't be a resolution with any sense of lasting closure for the characters. Translation: this would inevitably lead to another cliff hanger at the end of the would-be book three.

All that said, I do have plans for other stories and series to start once I've completed The Chronicles of Jonathan Tibbs. I've also toyed with the idea of prequels about Heyer or some one-off stories about other 'Never Heroes.'

That said, my wife has made me promised I'll continue writing the Rolly story at some point (which you can find for free in an unfinished draft on wattpad: https://www.wattpad.com/myworks/31459...). So if you want to read about a girl with multiple personality disorder fighting zombies, that will eventually get developed as well. (less)
flag
See all 18 answers from T. Ellery Hodges…

This interview was a lot of fun. NeoStarling and I talk story, characters, and the upcoming finale. In the past my podcast appearances have been centered on the life of an indie author, this discussion was almost entirely Q&A about The Chronicles of Jonathan Tibbs themselves. Big thanks to NeoStarling for the opportunity to nerd out!

“I have not voted in a human presidential election for quite some time, Jonathan. Admittedly, it may not be my place. Still, do you know what really stops me from selecting a candidate?” Jonathan listened but mostly focused on containing his nausea. “It’s a paradox, I know. It just seems that anyone smart enough to know the responsibility of such a seat of power would never be dumb enough to apply for it.”
― T. Ellery Hodges, The Never Hero
5 likes
Like

“You’re worth three of these other retards that I have working for me,” Mr. Fletcher said. For a moment, he’d been flattered; then he realized he’d just been given the value of three retards.”
― T. Ellery Hodges, The Never Hero
4 likes
Like

Which book would you like to read for our January 2020 Random Read Group Read?

“Kilgore Trout once wrote a short story which was a dialogue between two pieces of yeast. They were discussing the possible purposes of life as they ate sugar and suffocated in their own excrement. Because of their limited intelligence, they never came close to guessing that they were making champagne.”
― Kurt Vonnegut, Breakfast of Champions
424 likes
Like

“As I approached my fiftieth birthday, I had become more and more enraged and mystified by the idiot decisions made by my countrymen. And then I had come suddenly to pity them, for I understood how innocent and natural it was for them to behave so abominably, and with such abominable results: They were doing their best to live like people invented in story books. This was the reason Americans shot each other so often: It was a convenient literary device for ending short stories and books.
Why were so many Americans treated by their government as though their lives were as disposable as paper facial tis-sues? Because that was the way authors customarily treated bit-part players in their made-up tales.
And so on.Once I understood what was making America such a dangerous, unhappy nation of people who had nothing to do with real life, I resolved to shun storytelling. I would write about life. Every person would be exactly as important as any other. All facts would also be given equal weightiness. Nothing would be left out. Let others bring order to chaos. I would bring chaos to order, instead, which I think I have done. If all writers would do that, then perhaps citizens not in the literary trades will understand that there is no order in the world around us, that we must adapt ourselves to the requirements of chaos instead. It is hard to adapt to chaos, but it can be done. I am living proof of that: It can be done.”
― Kurt Vonnegut, Breakfast of Champions
211 likes
Like

“Trout was petrified there on Forty-second Street. It had given him a
life not worth living, but I had also given him an iron will to live. This
was a common combination on the planet Earth.
”
― Kurt Vonnegut, Breakfast of Champions
tags: life
84 likes
Like

“It's only after we've lost everything that we're free to do anything.”
― Chuck Palahniuk, Fight Club
tags: loss
9111 likes
Like

“Nothing of me is original. I am the combined effort of everyone I've ever known.”
― Chuck Palahniuk, Invisible Monsters
tags: identity, originality
6072 likes
Like

Jonathan Wood
author of
No Hero

Felicia Day
author of
You're Ne...