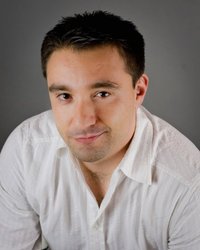 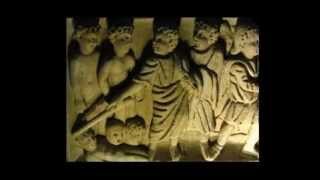 Was the Resurrection a Hoax?

Easter is arguably the most important of all Christian holidays. It is the celebration of the resurrection of Jesus Christ - the very foundation of Christianity. But, is it possible that a holiday celebration so fundamental and integral to Christian theology may have actually come from a pagan tradition?
View more on Jedediah McClure's website »
Like  •  0 comments  •  flag

Jedediah McClure is currently reading
The Brother of Jesus and the Lost Teachings of Christianity
by Jeffrey J. Bütz
bookshelves: currently-reading

“A few years ago, a couple of young men from my church came to our home for dinner. During the course of the dinner, the conversation turned from religion to various world mythologies and we began to play the game of ‘Name That Character.” To play this game, you pick a category such as famous actors, superheroes or historical characters. In turn, each person describes events in a famous character’s life while everyone else tries to guess who the character is. Strategically you try to describe the deeds of a character in such a way that it might fit any number of characters in that category. After three guesses, if no one knows who your character is, then you win.

Choosing the category of Bible Characters, we played a couple of fairly easy rounds with the typical figures, then it was my turn. Now, knowing these well meaning young men had very little religious experience or understanding outside of their own religion, I posed a trick question. I said, “Now my character may seem obvious, but please wait until the end of my description to answer.” I took a long breath for dramatic effect, and began, “My character was the son of the King of Heaven and a mortal woman.” Immediately both young men smiled knowingly, but I raised a finger asking them to wait to give their responses.

I continued, “While he was just a baby, a jealous rival attempted to kill him and he was forced into hiding for several years. As he grew older, he developed amazing powers. Among these were the ability to turn water into wine and to control the mental health of other people. He became a great leader and inspired an entire religious movement. Eventually he ascended into heaven and sat with his father as a ruler in heaven.”

Certain they knew who I was describing, my two guests were eager to give the winning answer. However, I held them off and continued, “Now I know adding these last parts will seem like overkill, but I simply cannot describe this character without mentioning them. This person’s birthday is celebrated on December 25th and he is worshipped in a spring festival. He defied death, journeyed to the underworld to raise his loved ones from the dead and was resurrected. He was granted immortality by his Father, the king of the gods, and was worshipped as a savior god by entire cultures.”

The two young men were practically climbing out of their seats, their faces beaming with the kind of smile only supreme confidence can produce. Deciding to end the charade I said, “I think we all know the answer, but to make it fair, on the count of three just yell out the answer. One. Two. Three.”

“Jesus Christ” they both exclaimed in unison – was that your answer as well?

Both young men sat back completely satisfied with their answer, confident it was the right one…, but I remained silent. Five seconds ticked away without a response, then ten. The confidence of my two young friends clearly began to drain away. It was about this time that my wife began to shake her head and smile to herself. Finally, one of them asked, “It is Jesus Christ, right? It has to be!”

Shaking my head, I said, “Actually, I was describing the Greek god Dionysus.”
― Jedediah McClure, Myths of Christianity: A Five Thousand Year Journey to Find the Son of God
1 likes
Like

“Christianity is not of Christ if it is abusive to those whose lifestyles and views may differ from our own.”
― Jedediah McClure, Myths of Christianity: A Five Thousand Year Journey to Find the Son of God
1 likes
Like

“For several years, I taught Sunday school in my church. As an object lesson, I distributed several excerpts from recent news articles. I had students read the excerpt and then explain to the class what they believed was happening. One news excerpt stated:

The huge black triangular-shaped flying object came silently out of nowhere over the treetops and was gone in seconds. The lights – three on each side – were huge, seemingly as big as cars and bright yellow…. After the craft flew over the Laurie area around 8:30 p.m. Oct. 5, a handful of Laurie area residents questioned what this unidentified object flying in the night sky could be.

A second excerpt from another article read:

The UFO was spotted by hundreds of witnesses with many believing it was the work of an ‘alien’ craft. One saw orangey-yellow spheres skimming across the sky. Another reported a ‘massive ball of light’ with ‘tentacles going right down to the ground.’ Then witnesses told of an ear splitting bang at 4 a.m. Come dawn the plot thickens. At the nearby wind farm one of the 60ft blades from a 200ft turbine was found ripped off. Another had been left twisted and useless.…the strange goings on at a wind farm in Conisholme, Lincolnshire, can be explained by a flying saucer crashing into the turbine in a close encounter that could, at last, provide the evidence of other life forms they have been waiting for all their lives.

After reading the excerpts, I asked the students to explain what the article was about. Hesitantly, the students said the articles were about a UFO sighting and crash; after all, that is specifically what the excerpt said. I then held up a printout of the actual news articles, which were titled respectively, “UFO over Laurie ID’d as stealth bomber” and “Unmanned Stealth Bomber Could Have Been UFO Responsible for Destroying Wind Turbine.” The whole article described a US military exercise with the Stealth bomber. The aircraft crashed into a turbine on the wind farm. The local residents were unfamiliar with the Stealth Bomber and some believed it to be a UFO.

The problem in accurately interpreting the news excerpts, for my students, was that I did not give them the full article. They did not understand the background or the whole story so they were left to fill in the gaps with their own ideas and interpretations. Sadly, we often do this same thing when interpreting the Bible. Very few of us are well versed in the customs and traditions of the ancient Jews during Jesus’ time. That background provides a context in which the books of the Bible were written. It is a context that shaped the very foundation of Christianity and it is a context that without, we cannot possibly hope to truly understand what the Bible’s authors were trying to teach us.”
― Jedediah McClure, Myths of Christianity: A Five Thousand Year Journey to Find the Son of God
0 likes
Like

“One of the most amazing and perplexing features of mainstream Christianity is that seminarians who learn the historical-critical method in their Bible classes appear to forget all about it when it comes time for them to be pastors. They are taught critical approaches to Scripture, they learn about the discrepancies and contradictions, they discover all sorts of historical errors and mistakes, they come to realize that it is difficult to know whether Moses existed or what Jesus actually said and did, they find that there are other books that were at one time considered canonical but that ultimately did not become part of Scripture (for example, other Gospels and Apocalypses), they come to recognize that a good number of the books of the Bible are pseudonymous (for example, written in the name of an apostle by someone else), that in fact we don't have the original copies of any of the biblical books but only copies made centuries later, all of which have been altered. They learn all of this, and yet when they enter church ministry they appear to put it back on the shelf. For reasons I will explore in the conclusion, pastors are, as a rule, reluctant to teach what they learned about the Bible in seminary.”
― Bart D. Ehrman, Jesus, Interrupted: Revealing the Hidden Contradictions in the Bible & Why We Don't Know About Them
tags: christianity, church, god, ministry, pastor, religion, seminary
77 likes
Like

“Christianity is not of Christ if it is abusive to those whose lifestyles and views may differ from our own.”
― Jedediah McClure, Myths of Christianity: A Five Thousand Year Journey to Find the Son of God
1 likes
Like