Discover new books on Goodreads
See if your friends have read any of James W. Loewen's books 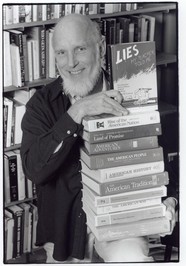 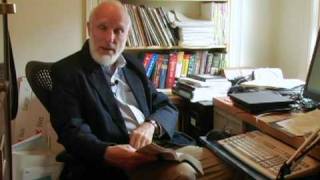 James W. Loewen isn't a Goodreads Author (yet), but they do have a blog, so here are some recent posts imported from their feed.

Living in Washington, D.C., I attended three civic remembrances on September 11, 2011.  The first was held at "Freedom Plaza," a triangular paved space on Pennsylvania Avenue midway between the Capitol and the White House.  The premiere D.C. remembrance event, it featured the mayor, D.C.'s non-voting "congresswoman" Eleanor Holmes Norton, and other officials.  The second took place in the Kogod Co

· 72,203 ratings · 4,201 reviews · 19 distinct works • Similar authors
More books by James W. Loewen…
Quotes by James W. Loewen  (?)
Quotes are added by the Goodreads community and are not verified by Goodreads. (Learn more)
“The antidote to feel-good history is not feel-bad history but honest and inclusive history.”
― James W. Loewen, Lies My Teacher Told Me: Everything Your American History Textbook Got Wrong
tags: history, honesty, inclusion, inclusivity
89 likes
Like

“Many African societies divide humans into three categories: those still alive on the earth, the sasha, and the zamani. The recently departed whose time on earth overlapped with people still here are the sasha, the living-dead. They are not wholly dead, for they still live in the memories of the living, who can call them to mind, create their likeness in art, and bring them to life in anecdote. When the last person to know an ancestor dies, that ancestor leaves the sasha for the zamani, the dead. As generalised ancestors, the zamani are not forgotten but revered. Many … can be recalled by name. But they are not the living-dead. There is a difference.”
― James W Loewen, Lies My Teacher Told Me: Everything Your American History Textbook Got Wrong
tags: ancestors, death-and-dying, ghosts, lies-my-teacher-told-me, spirits
40 likes
Like

“In sum, U.S. history is no more violent and oppressive than the history of England, Russia, Indonesia, or Burundi - but neither is it exceptionally less violent.”
― James W. Loewen, Lies My Teacher Told Me: Everything Your American History Textbook Got Wrong
36 likes
Like