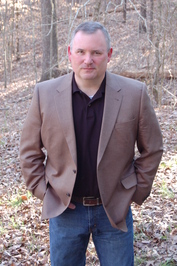 Nick (Out of This World SFF)

Are you planning a sequel to The Library at Mount Char? I need a sequel. Please, will there be a sequel? There must be a sequel. Sequel.
Scott Hawkins Hi Emme, & thanks for the question.

I'l…moreHi Emme, & thanks for the question.

I'll be a little bit vague here to avoid spoilers, but there are reasons why it might be tricky to find a suitable antagonist for this hypothetical sequel. I think I might have an idea for how to get around that, but there are also some issues around creating a satisfying character arc. That part I'm less clear on how to fix.

Having said that, I spent last weekend working on a short story set in the Mount Char universe. Working in that world again was really fun. So yeah, I'd like to.

Side note: The short story will be put up as a freebie on my web site, shawkins.net, at some point in the next few weeks. I'd do it sooner, but the web site doesn't actually exist yet. I need to get on that. Also I need to vacuum. And the garage is a mess.

(less)
flag
View all 17 comments
Maupassant said that talented authors should be called illusionists because of how they can write on something unreal and make it feel like real life. Well let me tell you that you're a hell of an illusionist. Your book was extraordinary and I've never ever read something similar in my life. Props for the originality. So, I was wondering how did you come up with the idea of the Palapi language? Thanks!
Scott Hawkins Hi Amel,

Thanks! I'm glad you liked it, and it's a huge relief that some of that is finally making it onto the page. The worst part about starting out …moreHi Amel,

Thanks! I'm glad you liked it, and it's a huge relief that some of that is finally making it onto the page. The worst part about starting out as a writer is that when you do the book, it's always vivid to you. Mount Char is my first published novel, but the fourth one I wrote The thing is, this one is no more or less vivid to me than were the other three. Reader reactions indicate that I am alone in this. :-)

Anyway, as far as Pelapi--that was one of the core ideas of the book, but it mutated a little during the writing process. The gist of it is this:

When I was at school I took a lot of courses that dealt with the sub-field of artificial intelligence called natural language processing (NLP). NLP is the attempt to get machines to understand written and/or spoken languages that people use--Spanish, English, French, whatever. So I spent a lot of years gazing into my navel and trying to figure out what we really mean by 'understand' and 'communicate' and 'think.'

One of the things that came up during this time is a notion called the Sapir-Worf hypothesis. That says, essentially, that the language you think in to a large extent determines what you can think about. There does appear to be some truth to this notion.

For instance, I (vaguely) remember reading an article about how tribesmen from the amazon were being displaced by deforestation. These guys had essentially grown up in the stone age, but when the logging company moved in they had to move to Sao Paolo or wherever. So all of a sudden they're surrounded by TV, cell phones, all that stuff. Naturally they were curious, but when people tried to explain to them how it worked, they ran into a language barrier--these guys just didn't have the notion of "electromagnetic spectrum" and "radio" in their language. Cell phones had to be explained in terms of "the invisible sky spirit carries the message" or whatever. And no matter how you explained it, it was still going to look an awful lot like magic.

So, one of the core notions of Mount Char was to turn this on its head. It crossed my mind that these fish-out-of-water tribesmen might have words in their language for thinking about reality, manipulating reality, in ways that look an awful lot like magic to modern eyes.

As originally conceived Mount Char was going to be more of a fish-out-of-water comedy type of thing. This REALLY old dude who grew up thinking in neolithic language had somehow stumbled on the secret of immortality and is now living in the suburbs. He's lonely because he doesn't have anyone to talk to--he's fluent in English, of course, but there's no one who understands how the world really works under the hood. So he takes these kids and teaches them in the old ways so he'll have someone to talk to. Eventually you end up with this one peculiar neighborhood where they can (for instance) raise the dead, but nobody knows how to make a phone call. I thought there was some comedic potential there.

Anyway, that was fine, as far as it went, but then we needed an antagonist, and so forth and so on. So the emphasis shifted a little bit.

Anyway, thanks for the question & hope that helps!


This was an interesting heist film. The director, John Hillcoat, is probably best known for Lawless and The Proposition, which I liked. Hillcoat also directed The Road, which bored the hell out of me. The cast (Chiwetel Elijofor, Aaron Paul, Casey Affleck, Woody Harrelson, that guy from Walking Dead) was stellar. I thought Kate Winslet was an especially interesting choice for Russia

Scott Hawkins is currently reading
The Death of Santini: The Story of a Father and His Son
by Pat Conroy
bookshelves: currently-reading

More of Scott's books…
Quotes by Scott Hawkins
“Steve sighed, wishing for a cigarette. “The Buddha teaches respect for all life.” “Oh.” She considered this. “Are you a Buddhist?” “No. I’m an asshole. But I keep trying.”
― Scott Hawkins, The Library at Mount Char
78 likes
Like

“Peace of mind is not the absence of conflict, but the ability to cope with it.”
― Scott Hawkins, The Library at Mount Char
tags: conflict, peace-of-mind
66 likes
Like

“Erwin gave no fucks.”
― Scott Hawkins, The Library at Mount Char
38 likes
Like


Midnight at the Bright Ideas Bookstore

by Mary Alice Monroe
5 votes, 11.6%
The Library at the Edge of the World

by Django Wexler
3 votes, 7.0%
The Library at Mount Char

by Christopher Morley
0 votes, 0.0%
43 total votes
comments and details
Sign in to vote »

“I had begun to perceive my genitals as imaginary beasts in some epic fourteenth-century Scottish poem.”
― Steve Toltz, A Fraction of the Whole
3 likes
Like

Joe Haldeman
author of
The Forev...

I'll just leave this link here: bookriot.com, 100 Wonderful, Strange and Unusual Novels. I came across your book on this list, too!

Brianna the Bibliophile wrote: "Congratulations on all the publicity on GR recently! Every time I log on, your book is featured on the news feed as one of the best reads a GR author has to offer! And I have to agree completely, L..."

Yeah, this is really neat! We did the paperback launch a couple weeks ago, so it's probably getting more of a push from the Crown guys than usual, but the response has been fantastic.

Also, re: Top 10 -- I'm sincerely honored, especially coming from you. I see your status in my feed and holy crap you read a lot. :-)

Congratulations on all the publicity on GR recently! Every time I log on, your book is featured on the news feed as one of the best reads a GR author has to offer! And I have to agree completely, Library at Mount Char has quickly moved to my top ten favorite books of all time!