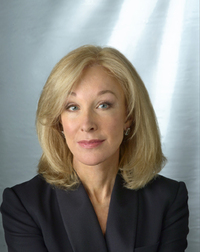 “For the past thirty-nine years since I had graduated from college, I had called my parents on Sundays. They had expected and looked forward to the ritual. After Dad died, I still called Mom on Sundays. Most of the time I dreaded the call because she had become more and more insular and was full of complaints about the assisted living facility, the other residents, her health, everything. She had become narrow in her interests in life, more negative, more critical, and unhappier. I was reminded of something I had heard from a psychologist about what happens as we age. He said we become more of who we are, not less. Our energy to fight back the negative attributes we all possess is not as strong as we get older. So we can become more cantankerous, more irritable. I also remembered what my father had often said: “There but for the grace of God go I.” That Sunday I placed the”
― Janis Heaphy Durham, The Hand on the Mirror: A True Story of Life Beyond Death
0 likes
Like