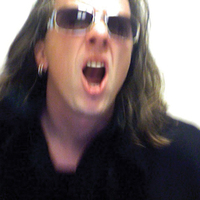 I am reading Blood Roses and I really like the story so far but at least three or four times now, it looks like notes from the editor have been left in and it's very distracting. One example: Claudia raised a hand I would put … here instead of a comma, as ‘Claudia raised a hand’ follows, instead of ‘Claudia said as she raised a hand’Agreed! Just wondered if you were aware of this?
Robert Ford Oh ffs... :(

Go to facebook and private message me... I'll take care of this post haste. This was an issue that was supposed to be taken care of a bit …moreOh ffs... :(

Go to facebook and private message me... I'll take care of this post haste. This was an issue that was supposed to be taken care of a bit ago. It was an easy fix, but dealing with Amazon at times is... sigh. 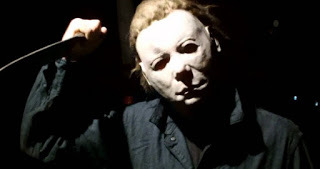 "That what you fear the most could meet you half way."- Crazy Mary - Pearl Jam

Whew. Pretty damned dusty in here. Sheets on all the furniture. Feels like I'm revisiting an old cabin I haven't seen in ages – familiar, but a little disturbing as well.
A lot's happened since I last visited. Wrote a new novella, "The Last Firefly of Summer" and released it at Scares that Care convention over the su Read more of this blog post »
View more on Robert Ford's website »
1 like · Like  •  0 comments  •  flag

More of Robert's books…
Quotes by Robert Ford  (?)
Quotes are added by the Goodreads community and are not verified by Goodreads. (Learn more)
“...the grass actually IS greener on the other side, but it's only because of the bodies buried there.”
― Robert Ford
tags: bluebottle-summer
4 likes
Like

“So many words get lost. They leave the mouth and lose their courage, wandering aimlessly until they are swept into the gutter like dead leaves. On rainy days, you can hear their chorus rushing past: IwasabeautifulgirlPleasedon’tgoItoobelievemybodyismadeofglass-I’veneverlovedanyoneIthinkofmyselfasfunnyForgiveme….

There was a time when it wasn’t uncommon to use a piece of string to guide words that otherwise might falter on the way to their destinations. Shy people carried a little bunch of string in their pockets, but people considered loudmouths had no less need for it, since those used to being overheard by everyone were often at a loss for how to make themselves heard by someone. The physical distance between two people using a string was often small; sometimes the smaller the distance, the greater the need for the string.

The practice of attaching cups to the ends of string came much later. Some say it is related to the irrepressible urge to press shells to our ears, to hear the still-surviving echo of the world’s first expression. Others say it was started by a man who held the end of a string that was unraveled across the ocean by a girl who left for America.

When the world grew bigger, and there wasn’t enough string to keep the things people wanted to say from disappearing into the vastness, the telephone was invented.

Sometimes no length of string is long enough to say the thing that needs to be said. In such cases all the string can do, in whatever its form, is conduct a person’s silence.”
― Nicole Krauss, The History of Love
tags: listening, love, poignant
404 likes
Like