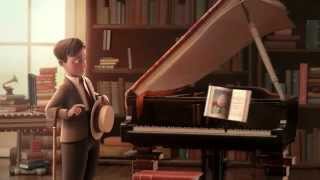 Website
http://lizbethgabriel.com/
Twitter
lizbethmuses
Genre
Fantasy, Horror, Gay and Lesbian
Member Since
December 2014
URL
https://www.goodreads.com/lizbeth_gabriel
edit data
Lizbeth Gabriel, just like any other writer, enjoys the sound of her own voice far too much. She tells herself it's only fair, since there are so many other voices inside her head that do most of the talking. A while ago she published her first book, a short story collection. It is the product of almost ten years of writing and contains two award winning stories.
Lizbeth is presently engaged in heated conversation with a pack of vampires, shape-shifters, and other mythical beings. They offer advice on what's best to do next in her upcoming vampire novel. When she doesn't find herself in such insalubrious company, she is more often than not besieged by needy cats. She wishes cats didn't like her that much.

She expects to publish a SF romance n Lizbeth Gabriel, just like any other writer, enjoys the sound of her own voice far too much. She tells herself it's only fair, since there are so many other voices inside her head that do most of the talking. A while ago she published her first book, a short story collection. It is the product of almost ten years of writing and contains two award winning stories.
Lizbeth is presently engaged in heated conversation with a pack of vampires, shape-shifters, and other mythical beings. They offer advice on what's best to do next in her upcoming vampire novel. When she doesn't find herself in such insalubrious company, she is more often than not besieged by needy cats. She wishes cats didn't like her that much.

She expects to publish a SF romance novel the soonest possible and then the first part of her vampire novel. Failing that, it's the gallows. Or at least that's what she keeps telling herself.

You can also find me at http://lizbethgabriel.com/ ...more

The curse of impatience 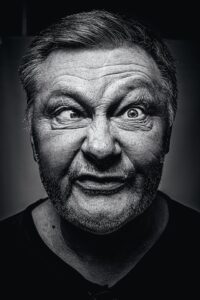 So, today I am going to talk to you about a curse that affects self-published writers to a great degree. Our profession is by nature very lonely. Unlike actors, dancers, musicians and other art professionals, the writer gets feedback only after the book is out there for all and sundry to see. It should come as no surprise, then, that when we finish something, be it a short story or a novel or anyt

“I nod in the darkness. He embraces me and before long he's fast asleep, a man with clear consiense and an open heart. I stay awake, listening to his breath and thinking of the webs we weave.”
― Lizbeth Gabriel, The Theater Of Dusk
tags: clear-conscience, darkness, darkness-quotes, open-hearted, weave, web
1 likes
Like

“We are all looking for someone whose demons play well with ours. (Anonymous)”
― Lizbeth Gabriel
0 likes
Like

“Go into yourself. Find out the reason that commands you to write; see whether it has spread its roots into the very depths of your heart; confess to yourself whether you would have to die if you were forbidden to write.

This most of all: ask yourself in the most silent hour of your night: must I write? Dig into yourself for a deep answer. And if this answer rings out in assent, if you meet this solemn question with a strong, simple “I must,” then build your life in accordance with this necessity; your whole life, even into its humblest and most indifferent hour, must become a sign and witness to this impulse. Then come close to Nature. Then, as if no one had ever tried before, try to say what you see and feel and love and lose...

...Describe your sorrows and desires, the thoughts that pass through your mind and your belief in some kind of beauty - describe all these with heartfelt, silent, humble sincerity and, when you express yourself, use the Things around you, the images from your dreams, and the objects that you remember. If your everyday life seems poor, don’t blame it; blame yourself; admit to yourself that you are not enough of a poet to call forth its riches; because for the creator there is not poverty and no poor, indifferent place. And even if you found yourself in some prison, whose walls let in none of the world’s sounds – wouldn’t you still have your childhood, that jewel beyond all price, that treasure house of memories? Turn your attentions to it. Try to raise up the sunken feelings of this enormous past; your personality will grow stronger, your solitude will expand and become a place where you can live in the twilight, where the noise of other people passes by, far in the distance. - And if out of this turning-within, out of this immersion in your own world, poems come, then you will not think of asking anyone whether they are good or not. Nor will you try to interest magazines in these works: for you will see them as your dear natural possession, a piece of your life, a voice from it. A work of art is good if it has arisen out of necessity. That is the only way one can judge it.”
― Rainer Maria Rilke

“The practice of magic also demands the development of what is called the magical will. Will is very much akin to what Victorian schoolmasters called "character": honesty, self-discipline, commitment, and conviction.
Those who would practice magic must be scrupulously honest in their personal lives. In one sense, magic works on the principle that "it is so because I say it is so." A bag of herbs acquires the power to heal because I say it does. For my word to take on such force, I must be deeply and completely convinced that it is identified with truth as I know it. If I habitually lie to my lovers, steal from my boss, pilfer from supermarkets, or simply renege on my promises, I cannot have that conviction.
Unless I have enough personal power to keep commitments in my daily life, I will be unable to wield magical power. To work magic, I need a basic belief in my ability to do things and cause things to happen. That belief is generated and sustained by my daily actions. If I say I will finish a report by Thursday and I do so, I have strengthened my knowledge that I am a person who can do what I say I will do. If I let the report go until a week from next Monday, I have undermined that belief. If course, life is full of mistakes and miscalculations. But to a person who practices honesty and keeps commitments, "As I will, so mote it be" is not just a pretty phrase; it is a statement of fact.”
― Starhawk, The Spiral Dance: A Rebirth of the Ancient Religion of the Great Goddess
tags: inspirational-attitude, magic, magical-will
4 likes
Like

“Yet each man kills the thing he loves,
By each let this be heard,
Some do it with a bitter look,
Some with a flattering word,
The coward does it with a kiss,
The brave man with a sword!
Some kill their love when they are young,
And some when they are old;
Some strangle with the hands of Lust,
Some with the hands of Gold:
The kindest use a knife, because
The dead so soon grow cold.
Some love too little, some too long,
Some sell, and others buy;
Some do the deed with many tears,
And some without a sigh:
For each man kills the thing he loves,
Yet each man does not die.”
― Oscar Wilde
799 likes
Like

“When I fuck you, Mr. Day, it will not be briefly. It will be long and hard and extremely thorough. I'm going to take pains with you.”
― K.J. Charles, The Magpie Lord
tags: swoon-worthy
70 likes
Like

“What the fuck, what the fucking, bloody devil-shit, what in the name of Satan's swollen cock was that?”
― K.J. Charles, The Magpie Lord
tags: omgomgomgomgomg
93 likes
Like

Clive Barker
author of
The Hellb...

Joe Abercrombie
author of
The Blade...