,
Discover new books on Goodreads
See if your friends have read any of Sarah Rees Brennan's books 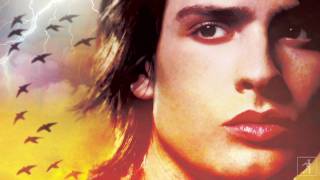 Hi my flowers! How are we all doing in this our time of Corona? I hope as well as you can be. I am glad you enjoyed the first Comfort Book Club parody! And now after giving my selection much thought, I have made you another parody for a book I find charming and cheering and touching in all ways. And I shall be giving away three copies of the book! Just link the parody to be put in the draw.

More of Sarah's books…
Quotes by Sarah Rees Brennan  (?)
Quotes are added by the Goodreads community and are not verified by Goodreads. (Learn more)
“Fear's useless. Either something bad happens or it doesn't: If it doesn't, you've wasted time being afraid, and if it does, you've wasted time that you could have spent sharpening your weapons.”
― Sarah Rees Brennan, The Demon's Lexicon
tags: fear, life-lessons
439 likes
Like

“I am in full possession of the amazing power of being sarcastic.”
― Sarah Rees Brennan, The Demon's Covenant
tags: humor, sarcasm
295 likes
Like

“Hark,” he said, his tone very dry. “What stone through yonder window breaks?”
Kami yelled up at him, “It is the east, and Juliet is a jerk!”
Jared abandoned Shakespeare and demanded, “What do you think you’re doing?”
“Throwing a pebble,” said Kami defensively. “Uh… and I’ll pay for the window.”
Jared vanished and Kami was ready to start shouting again, when he reemerged with the pebble clenched in his fist. “This isn’t a pebble! This is a rock.”
“It’s possible that your behaviour has inspired some negative feelings that caused me to pick a slightly overlarge pebble,” Kami admitted.”
― Sarah Rees Brennan, Unspoken
276 likes
Like

“A small daily task, if it be really daily, will beat the labours of a spasmodic Hercules.”
― Anthony Trollope
tags: writing
845 likes
Like

“I don't have your way with words "Sin said. "So I'm just going to go with a quick response. Ha”
― Sarah Rees Brennan, The Demon's Surrender
tags: attitude, humor
22 likes
Like

“I can smite you " Nick grumbled. "Anytime I like.”
― Sarah Rees Brennan, The Demon's Surrender
tags: attitude
35 likes
Like

“We read books to find out who we are. What other people, real or imaginary, do and think and feel... is an essential guide to our understanding of what we ourselves are and may become.”
― Ursula K. LeGuin
tags: books, reading
2205 likes
Like

“Lots of kids in books are only-child orphans, but I think it’s fun to have family as part of the adventure, to have familial love be as important as romantic love, and to show that love can go through fire and darkness - not unchanged, because experiences like that change everyone - but never faltering”
― Sarah Rees Brennan
tags: sarah-rees-brennan, writing, writing-for-children
34 likes
Like

Hi,
Thank you for accepting my request! I love your books and characters. I look forward to reading more of your work!

It's such an honour that you adding me back as a friend. Thank you so much!

Thank you for adding me as a friend, Sarah. I was very excited to get the notification from goodreads and will be reading the rest of my Demons Lexicon series asap. Then I intend to purloin your other books from my daughter,Becca, to continue the enjoyment!! Best regards Judith xx

Happy Belated shush, we shan't talk about that Birthday, Sarah!!!

Thank you for accepting my friend request :)
I look forward to reading and discovering more of your work.

Best wishes for more books in the future,
Genie

Hi :) thank you for accepting me. So, I loved Unspoken, it was such a great book, I can't wait to read Untold :):):). But, please, please, please, let Kami and Jared be a couple, pleaaaase, I love them together. <3

Thanks for the add Sarah, looking forward to reading your book :)

Thanks for accepting my friend request!
Can't wait for my Unspoken! I already love Kami from 0.5!

Thanks for the friendship!
Now I'm reading "The Demon's Covenant" and I'm going to like Nick more and more)

I just read 'The Demon's Lexicon' and loved it! Especially Nick ;)

Thanks for your friendship.

Been to Dublin. loved it and included it in two of my books, Sarah. Are they still giving FREE Guinness when you take the Guinness plant tour? I wrote that in a foggy night you could tell where you were in Dublin by sniffing how close you were to the aroma of the Guinness factory.