,
Discover new books on Goodreads
See if your friends have read any of Kathryn Bashaar's books 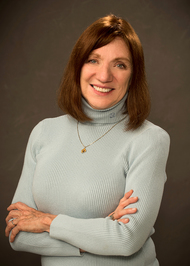 Born
Pittsburgh, PA, The United States
Website
http://www.kathrynbashaar.com
Genre
Historical Fiction
Influences
Jane Eyre, Katherine, Pillars of the Earth
Member Since
March 2008
edit data
Before she could even read, Kathryn Bashaar earned the nickname “Suitcase Simpson” for the little suitcase of books she carried everywhere she went, and her passion for literature has continued into middle age. The Saint’s Mistress is her first novel. Her essays and short stories have been published in the Pittsburgh-Post Gazette, the Civil War Times, and the literary journal Metamorphosis. Kathryn lives in Pittsburgh, PA, with her husband, Al, and is thrilled that both of her adult children and her first grandchild also live in Pittsburgh.

Henry VIII feels, in many ways, like the Donald Trump of his time. In his youth, he was a rich, handsome, carefree young man about town who discarded wives as frequently as he changed his doublet.

In old age, he grew moody and cruel, yet still saw himself as a charming, attractive rogue. Everyone around him had to indulge him if they hoped to keep their heads on their shoulders.

“I am no bird; and no net ensnares me: I am a free human being with an independent will.”
― Charlotte Brontë, Jane Eyre
tags: character, empowerment, flaws, freedom, gender, identity, image, independence, integrity, realism, self-awareness, self-determination, women
13277 likes

Hallo! thanks for the friend request. I really liked your review because it was so well said. Even though I dont't think it's something I will pick up I think your review will stay with me for some time.

Hi! Friend Request accepted, thank you for Requesting! Congratulations on your book. I hope you're having a great spring week.

Thanks for the friend vite Kathy.

I have read "Proof of Heaven" and agree with Kathy.
A good read/well written.
One of these days I will list the books I have read.
R. J.